In this guest post, Bronwyn van der Merwe (image below), general manager of Fjord Asia Pacific, part of Accenture, talks about why brands should start embracing the silence.

Australians are one of the earliest and largest adopters of technology; according to Gartner, we are predicted to spend nearly $12 billion on consumer technology devices in 2019 alone. It’s no surprise, therefore, that our digital communications are now trumping natural conversations, causing many consumers to question the place technology holds in their lives.

As we see a dramatic rise in people’s attempts to disconnect, unsubscribe and opt out of digital communications, the idea of a ‘digital detox’ is becoming very appealing to many. 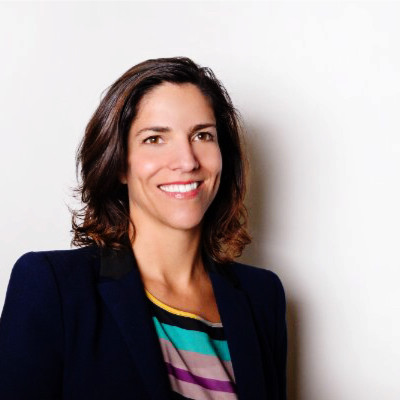 Whether this demand for silence by consumers is caused by digital fatigue, concerns surrounding data privacy, or even to safeguard their mental health, brands must learn how to offer value to customers who crave quiet in a noisy world.

Fjord, a part of Accenture Interactive, in their latest Fjord Trends report, outlines the trends they see impacting business, technology and design in the year ahead.

The first trend is ‘Silence Is Gold’. Taking insight from the report, the following five tips will help brands to be quieter, for the better.

Listen to the silence

Brands need to recognise when a lack of responsiveness is a hint to be quieter, not noisier. This change requires a radical rethink for most brands, who have the old mentality that to maximise returns, you must make as much noise and engage consumers as often as possible.

The danger of ignoring consumers’ behaviour is that brands themselves will be ignored, or ultimately, abandoned. Brands need to focus on prioritising long-term user value over clicks, likes and shares. Consumers have a finite amount of attention to give, the focus of brands shouldn’t be trying to capture the greatest share, but maximising the opportunity using the right channel, tone and time.

Before adapting an approach, brands should understand why consumers disconnect. Is it due to the sheer volume of communications? The repetition of the same or similar messages? Or perhaps even the channel they are being targeted through?

Paying attention to online reviews is a good first step for brands, but user interactions on social media is a useful, if sometimes brutal, tool to tell brands what they need to know.

Respect for individuals’ context and the encouraging of a two-way dialogue that are the pillars of the long-term, meaningful relationships. Consumers want to be heard and understood as people, not just receivers of isolated services.

Each customer interaction counts. Brands must learn new ways to build relationships and loyalty with consumers who respond badly to the noisy approach of old. This means being able to change their messaging frequently, and design is the cornerstone of this.

For example, The Climate Council Australia launched a chatbot to better engage the millennial market. The chatbot provides users with expert content on climate change in a conversational, real-time context.

The tech giants have made steps towards more mindful design, tweaking their algorithms away from maximising screen time. A good example of this came from Apple last year, when it announced Siri would begin suggesting which app notifications to turn off, based on usage. Instagram’s ‘You’re all caught up’ and self-timing features, is also nudging users away from endless scrolling.

Over engagement from brands has led to a growing trend of customers themselves narrowing their channels of communication, something that is even being physically manifested through products such as the “dumbphone”. The Light Phone and Palm Android – minimalist smartphones designed to reduce daily mobile use – are perfect examples of this.

Other brands such as Samsung have actively been promoting a lessened cognitive load. By partnering with Calm, Samsung Health provides programs for dealing with anxiety, stress, insomnia and more. Meanwhile, under increasing pressure to help consumers control time spent on their devices, last year Apple introduced its Screen Time function.

Every sliver of customer attention is valuable in this noisy world. So, engaging users in the right place at the right time, through methods which demand lower cognitive effort on their part, makes all the difference between being considered or disregarded. Focus less on the fear of missing out, and more on consumers’ fear of burning out.

Be aware of how users are disconnecting

In addition to screen-time management solutions, tech giants are also starting to back solutions which respect more than just time. Microsoft, Amazon and Cisco, for example, are backing Mindful Technology, a business focused on developing technology with respect for people’s time, attention and privacy.

Data shared at the Advertising Association Conference by think tank Credos showed that public favourability towards advertising hit a record low of 25 percent in December 2018. This was driven by the sheer volume of adverting people are exposed to, repetition, obtrusiveness and irrelevance.

With the way that future generations are now being raised, the digital disconnect will only get wider. In fact, apps such as Moment allow users to actively disconnect, with the app acting as an online coach helping users to be present or reimagining their relationship with their phone – according to the app there are already 7 million users engaged.

Never before have there been more ways for Aussie consumers to decide on their own terms for customer engagement. However, by understanding what the most common tools are, and the problems they are looking to solve, brands can alter their approaches intelligently and continue to add value for their customers – even in a quieter world.