As brands moves to a more dynamic marketing model, where customers are won and lost in mere seconds, one of the purveyors of weaponry to win that war, Twitter, has said it’s taking agencies with it every step of the way.

Jean-Philippe Maheu who leads the global agency partnership and brand strategy teams at Twitter was in Australia last week and he told B&T that every time he visited an agency in the past year-and-a-half he felt that there was something new about Twitter to show them. 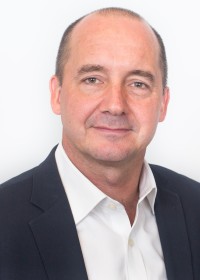 “Our relationship’s nice, it’s fascinating because we are still in a period where there’s a hunger for learning more what’s happening in Twitter. Twitter has been innovating a lot over the past year-and-a-half. There are a lot of new products for brands and agencies, but also a lot of changes in the products. We added video. We launched Vine a year ago. We launched Periscope two weeks ago.

“Every time I meet an agency . . . even when I meet regularly with the agencies, there’s always one or two things that we just launched that is important,” he said.

Maheu was the CEO of Razorfish during, what he calls Web 1.0, where he “spent seven years during the best time and the worst time of the industry”. Because of this, he says he has always had a deep affinity for the plight of agencies.

“As an agency, you have to deal with us, Facebook and Google, there’s a lot that comes to you,” he said. Educating agencies and making them comfortable with new products is the number one thing in his role. Of Australian agencies he said: “What I found so far, after a couple of days, there’s a hunger for doing more, for learning more.”

He also spoke of the global trend towards Agile marketing, or more real-time marketing. “There’s different names, but they’re all focusing on the same thing which is how can a brand and its resultant agency be faster, move at the quickest speed.”

“I think it’s a long-term trend for small agencies. I don’t think the big agencies are going to necessarily come back together,” he said.

However, while groups like WPP, Omnicom and Publicis would maintain their separate media and creative arms, there was a driving imperative for them to work more closely together, said Maheu.

“I think creative and media is now coming closer together compared to five or seven years ago. Whether the holding companies will change the structure, that’s not my position to decide that. I do believe that clients are interested by more collaboration, and I think the agencies realise that and that’s why sometimes they create the one-team approach,” he said.

The one team approach is where an agency group will bring the media team, the creative agency team, and sometimes the social team together under one roof, both economically but also sometimes physically to actually create more of the proximity now required by clients, said Maheu.

While Agile marketing was bringing about changes in the way different agency departments worked together, Maheu said he also saw some media agencies developing content expertise. He also said both creative agencies and media agencies were now focusing not just on original content but also curated content.

“This idea of developing lightweight content or content at scale, where you can develop a lot of small pieces of content that are perfect for the mobile, requires the creative agencies to play ball,” he said.

Overall, however, Maheu said he thought the role of agencies remained safe for the foreseeable future. “I still believe agencies have such an important role to play that I don’t see them being replaced any time soon. They will have to continue to evolve like they have been doing, but so long as they continue to focus on education there future will be bright.”