Vikki Campion has backtracked on a complaint made to the Australian Press Council in relation to a Daily Telegraph article.

The article in question was the first to expose the affair between herself and boss Barnaby Joyce, the then Deputy Prime Minister, and splashed an image of the heavily pregnant Campion across the front page of the Tele. 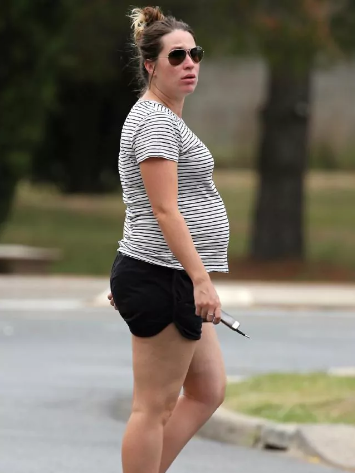 During her and Joyce’s recent television interview, Campion admitted the photographer of the infamous image was a colleague she had worked with for almost a decade.

The story marked the first time the public learnt about the affair, and the accompanying article sparked a chain of events which eventually lead to Joyce’s resignation and separation from his wife.

According to Campion, she had originally filed the complaint to protect her son Sabastian but has now withdrawn it to focus more on raising her son.

“I filed a Breach of Privacy complaint when heavily pregnant in an attempt to prevent my baby being hounded by media after his birth, however, he was papped at three weeks of age and drones used over our house.

“To stop being chased, we agreed to an interview. I have since approached the Press Council to close the complaint as I just want to focus on motherhood.”

The Joyce and Campion interview received mixed reviews and was deemed a “flop” in terms of ratings, pulling in just 631,000 viewers.

In other Joyce/Campion news, New Zealand Prime Minister Jacinda Ardern has taken a sneaky jab at Australia’s pervasive media in a recent interview.

Speaking on her pregnancy in Wellington before she is due to give birth, Ardern said, “I certainly understand the curiosity that will exist, I do … So we’re trying to find good ways to [share the news] whilst also balancing the fact we hope to have a bit of quiet time together as a family too.

“Let’s just say I hope we don’t find ourselves in a situation where New Zealand media follows Australian media.”