We’ve all heard the rumours that AI is coming to take our jobs. In this opinion piece, journalist Steph Newman investigates whether writers should be worried.

I’ve written before about the use of artificial intelligence in journalism, and there is certainly potential for well-designed software to produce formulaic copy for certain types of articles, such as weather and sport reporting.

But what about more lyrical, creative forms of writing?

Could AI compose the next Pulitzer Prize-winning longform article?

Could it produce a novel on the New York Times’ best-seller list?

I decided to investigate.

I’ve been playing with a tool built by Adam King (@AdamDanielKing), an AI text generator that uses a language model called GPT-2 to create “coherent paragraphs of text one word at a time.”

“While GPT-2 was only trained to predict the next word in a text, it surprisingly learned basic competence in some tasks like translating between languages and answering questions,” writes King on his site.

Armed with a healthy dose of skepticism, I attempted to work with the generator to develop story prompts that could become potential works of creative writing. 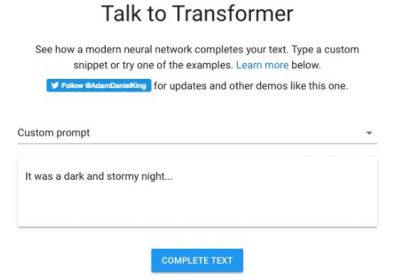 Here are some highlights (text in bold shows what I wrote, while unbolded text is what was generated by the software): 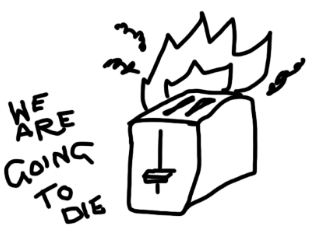 I’m not sure why the software decided to employ triple exclamation marks, nor why the burning of toast implied, for the AI, the imminent death of the narrator. 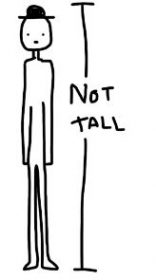 The man was not very tall, but it was possible to see that he was quite a tall guy. Then, as if in a sudden turn of events… he suddenly stopped and stared at me! I thought to myself… He must be staring at me just now.. I was completely dumbfounded! So much for those tall tall men…

This puts me in mind of some of the poorer works of student fiction I used to read when I was working as an English tutor. I can easily imagine this appearing in the notebook of an unimaginative student in early secondary school. Needs more work 4/10. See me after class. 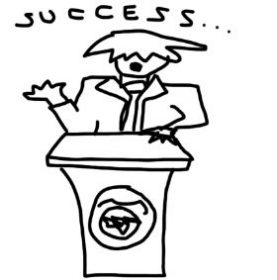 The President approached the podium and addressed the nation. “I know that many people don’t share my enthusiasm, because they have the ability to live a little bit less,” he said. “This is what I’m doing because it will help you be as successful, and have more success.”

I think all products should now be advertised with the line, “it will help you be as successful, and have more success.” 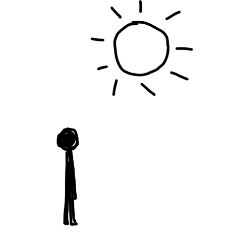 When he had completed everything and looked around again, the sun went down in an instant and the sand was replaced with a dark grey earth.

I no longer hold any fear that AI will take over my job as a writer anytime soon.

Once AI starts enrolling in creative writing workshops, then we should probably start getting concerned.