A new global study has accused the world’s biggest tobacco companies of using paid social media stars to smoke their products in Instagram posts in an attempt to lure younger people to take up the habit. 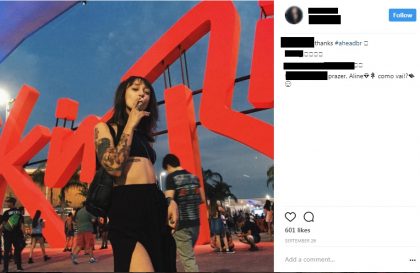 It sights British American Tobacco’s Instagram page that has 400 influencers and goes to 33 countries, including Australia, that regularly show images of young, cool looking people with cigarettes.

The authors of the study argue the tobacco companies are using influencers to circumvent Facebook, Twitter and Instagram’s strict policies that don’t allow for tobacco advertising.

Instead, the tobacco giants tell their influencers not to include “#ad” or “#sponsored” in their posts which avoids being picked up by social media filters.

The posts use subtle campaign hashtags such as #likeus or #nighthunters which are actually campaigns by the tobacco firms. The posts then include tobacco products in the images which the user can’t differentiate from an influencer’s own everyday content.

The report noted: “Tobacco companies and their marketing firms engage popular social media influencers to help promote cigarettes and other tobacco products to their social media communities. The influencers’ posts are designed to appear authentic, but are actually carefully composed to advertise cigarettes.”