Have you ever wondered what Victorians care about that the rest of the country don’t? Or what people from New South Wales tweet about the most? Spredfast, a social media software company, monitored Twitter over the course of last year and has found some interesting insights.

“With two million tweets in 2016, NSW is the most active Australian state on Twitter, with the topic of tourism trending throughout the year. The data also revealed that four Australian states trended on the topic of jobs, while Western Australia was the loudest state when it came to discussing horse racing.

“When we take a look at the sentiment, Tasmania wins the prize for the most positive Tweets,” said Adrian Mottershead, head of ANZ at Spredfast.

In 2016, the top three hashtags of the year revealed a strong interest in politics and sports.

‘Job’ has been the top topic in 2016 on Twitter in Victoria, South Australia, Queensland and the Australian Capital Territory.

Tourism and creativity are what inspires people in New South Wales and Tasmania to tweet the most.

Finally, Northern Territory seems to speak about news most often which may be influenced by the NT News publication which often has quirky headlines.

And Spredfast has revealed the surprising data that Western Australia loves to talk about horse racing more than anything else!

Camping in the Kakadu – what a trip. Check out my travel blog.https://t.co/nQ8RCG808g#kakadu #campinginNT #northernterritory pic.twitter.com/Edvzmqz3Tn

New South Wales is the clear winner for 2016 for tweets. Victoria and Western Australia follow closely in second and third place.

However, when looking at which state was the most positive in 2016, Tasmania is winning the race. Western Australia is following as the second place and Victoria as the third.

For all the states, people were tweeting most frequently around midday and during weekdays. 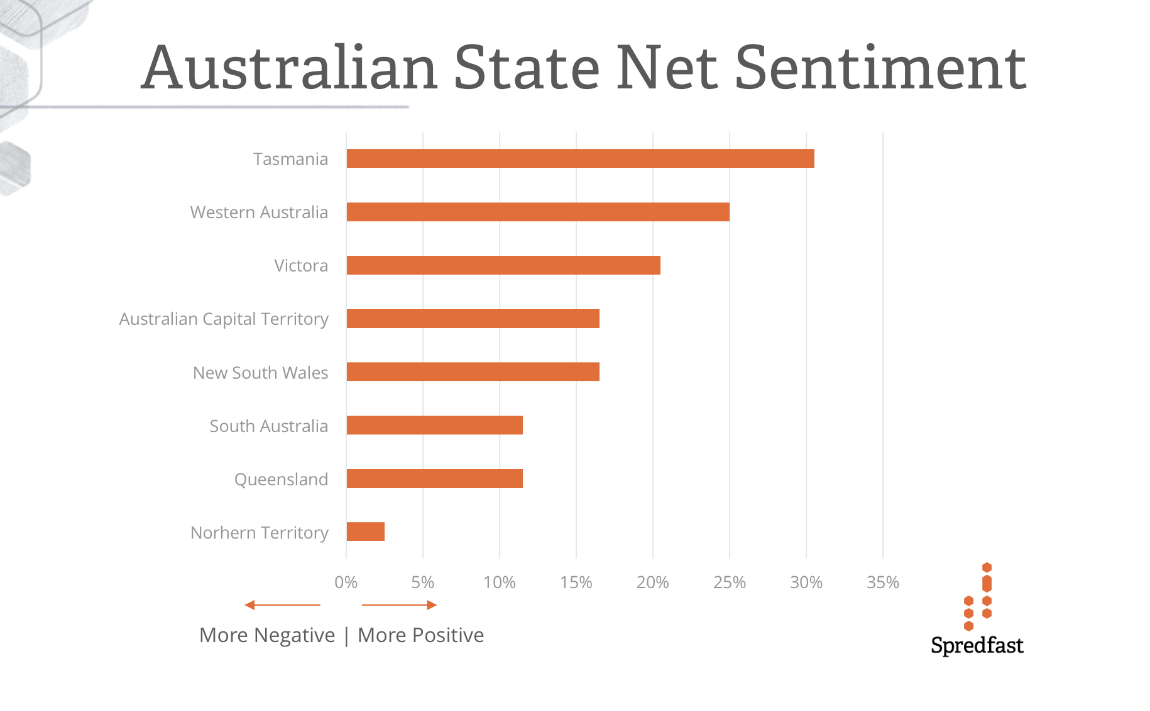