In this guest post, David Hickey (pictured below), Meltwater’s director for Australia and New Zealand, explores how the news agenda has been disrupted by the rise of the social media – forming a relationship whereby one can’t live without the other. 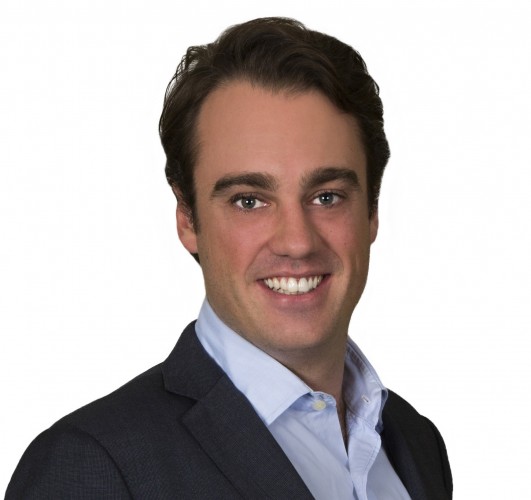 The dual-citizenship debate has been front and centre on #auspol these couple of months, as the saga that is the High Court hearings continue to wage on in Parliament.

Since the resignation of deputy Greens leader Larissa Waters and former WA Senator Scott Ludlam, the eligibility of several other prominent Australian politicians has been called into question under section 44 of the Australian constitution. Perhaps the most comical slip-up is One Nation senator Malcolm Roberts, who allegedly sent emails with the subject line “Am I still a British citizen?” to the UK Consulate in Brisbane and British High Commission in Canberra in an attempt to check and renounce his citizenship earlier this week. You can never be too safe.

News media and social media users alike have been quick to provide commentary on the issue, with over 18,000 news stories and almost 27,000 social mentions since the initial news broke on 13 July 2017. 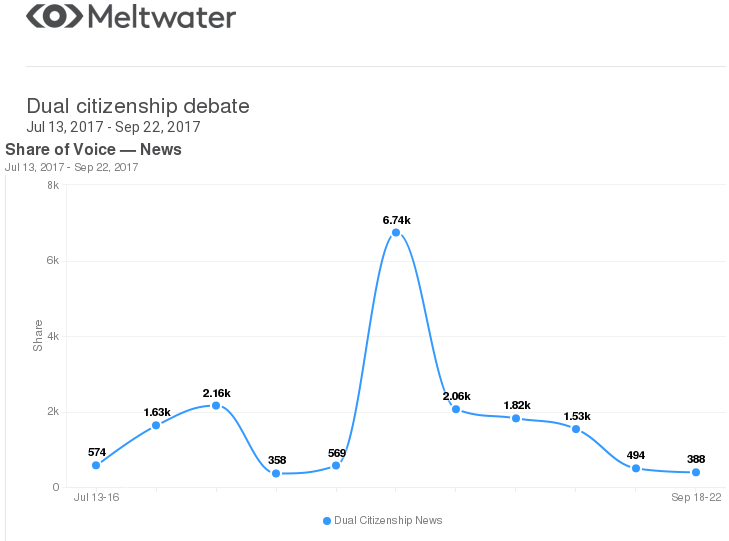 Media coverage of the dual citizenship in Parliament spiked at 6,741 news stories the week that Deputy Prime Minister Barnaby Joyce referred himself to the High Court and Senator Nick Xenophon confirmed his status as a UK citizen. 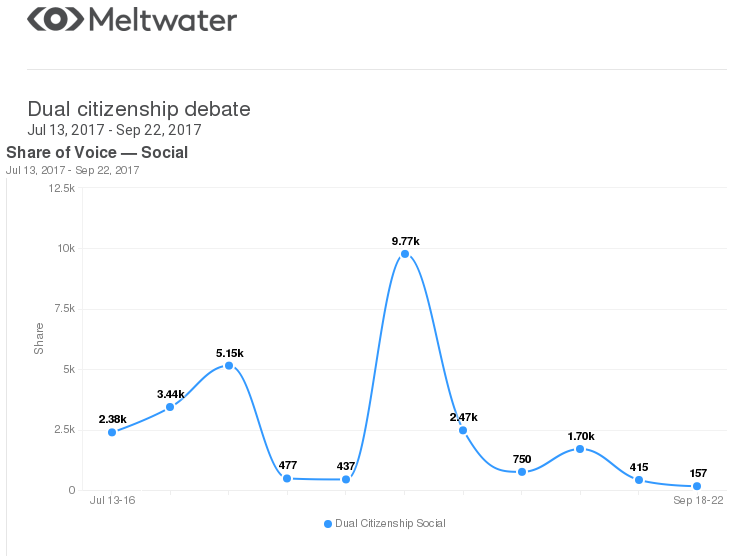 The cross-section between news and social media has become a defining feature of the way news is gathered and disseminated amongst audiences in the 21st century — the fact that something is ‘trending’ or ‘going viral’ on social media has become newsworthy in its own right, regardless of the content itself. In fact, a recent report produced by the University of Canberra found that 44 per cent of the respondents to this year’s Australian survey indicated that online news and social media were their main sources of news.

Today’s journalists turn to social media for news content in the same way user-generated content picks up and responds to news produced by mainstream media. You need to look no further than Deputy Prime Minister Barnaby Joyce, the latest politician to fall victim to revelations of holding dual-citizenship to a ‘foreign power’, to see this relationship at play.

The irony that Joyce grew up on a sheep farm in Tamworth was not lost on social media users and news outlets. When news broke of Joyce’s citizenship, the internet was quick to respond, producing tonnes of user-generated content poking fun at Joyce’s Kiwi roots, peaking during Sunday night’s Bledisloe Cup match between Australia and New Zealand. In turn, news media not only fulfilled its role of reporting the news, but actively participated in the circulation of user-generated content (UGC): 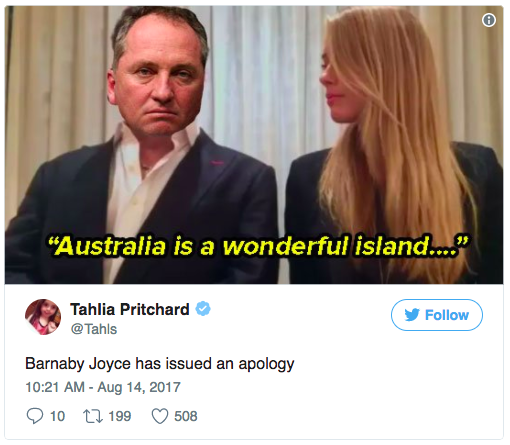 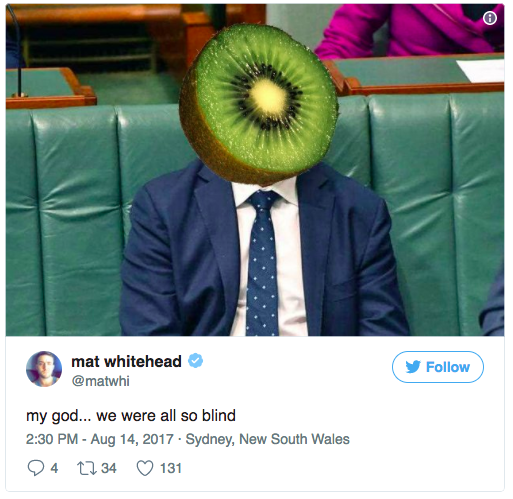 The dual citizenship debate is not the first #auspol trend that has helped shape the Australian news agenda, nor will it be the last. The use of UGC in news media has become a hallmark of the relationship between news outlets and social media around the world.

A growing number of news outlets are sourcing news as it breaks through engaging with citizen journalists, encouraging people to share photos, videos or news updates via their Facebook and Twitter platforms as events unfold. We saw this in the recent terror attacks in Barcelona and Charlottesville earlier last month, and more recently, the earthquakes in Mexico.

This is also evident in politicians’ use of social media as a platform to reach voters directly. Through bypassing the media, who are the traditional journalistic gatekeepers, they are contributing to the symbiotic relationship that exists between news and social media.

The #auspol hashtag has acted as a site of political commentary and participation for Australian media and citizens. Our traditional understanding of the role of mass media as a one-way source of news is exactly that – traditional.

The news agenda is no longer exclusively determined by news organisations, rather has been disrupted by the rise of the social media platforms like Twitter and Facebook, as well as the very content produced across the platforms themselves. And it’s this that has given rise to a symbiosis relationship between news and social media that now, neither can live without.