The group has just launched a nationwide crowdfunding campaign to kick-start the business, called Knowledge Water, which is aimed at closing the gap in wealth, health and education in the region.

This triple bottom-line enterprise will harvest water from a spring on the community’s traditional land and sell it across the Northern Territory and around Australia.

The local employment generated will vitalise the struggling community, while profits will be used to keep the local school open, and eventually to train Indigenous teachers.

The business also aims to give Indigenous communities a healthy alternative to sugary drinks.

Elevencom has been involved in Knowledge Water for the last 18 months, first visiting the community to conduct a marketing and creative workshop, then developing the brand strategy, packaging design and website. 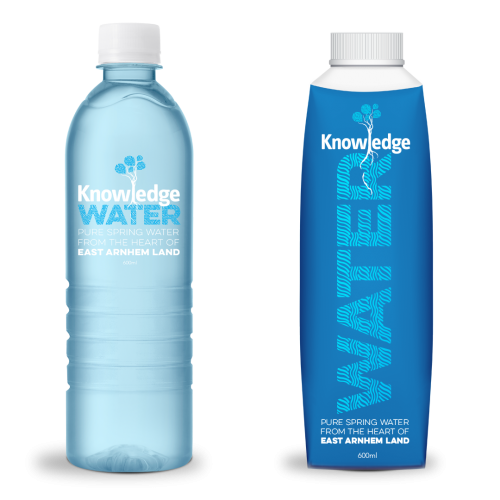 “From the beginning, this has been a genuine creative partnership, with knowledge mixing freely between all the groups, John McLachlan, director of operations at Elevencom, said.

“Even the initial idea for the logo came from one of the family members.”

Bite Communications managing director Andrea Brydges said she was honoured to be supporting such an important initiative.

“As a business, we’ve been a long-term supporter of Indigenous health and empowerment, and you won’t find a better example of both than this project,” she said.

“Telling these stories is so important; it’s not only about inspiring people to support Indigenous enterprise, but also throwing light on positive stories in remote Australia.”