Over three million Australians engaged with online journals, blogs and forums over the past year, new data by Roy Morgan Research has revealed.

Newspaper publishers have also capitalised on people’s interest in blog content as a means to reach and engage audiences, according to Roy Morgan.

In an average four-week period, almost 1.1 million of us read or commented on an online newspaper blog, with some publishers’ digital audiences more keen than others. 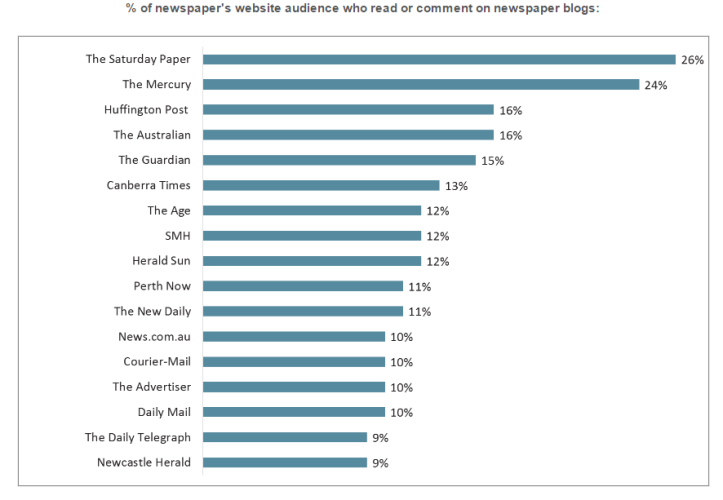 Roy Morgan CEO Michele Levine noted that the number of Australians engaging with blogs and forums online has grown consistently over the past four years.

“In an average four weeks, three million of us now read, add comments to or manage a blog or forum, up 28 per cent overall since 2012,” she said.