In this opinion piece, Richard Parker (pictured below), managing partner and strategy director at edge, discusses the new era of brand story-making. 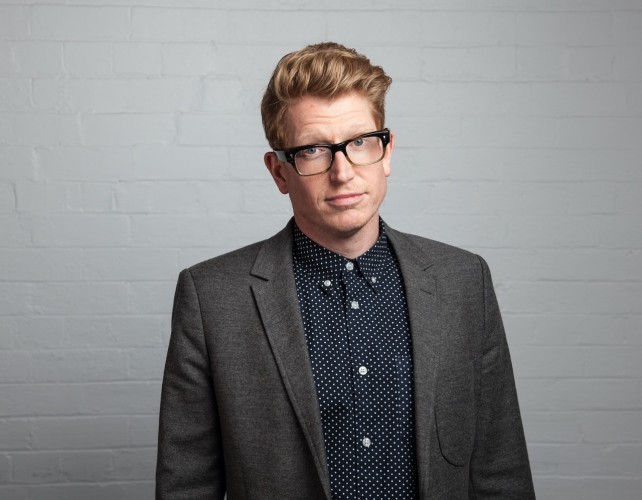 Brand storytelling? That’s so 2010. Welcome to the era of brand story-making.

This may sound like a slightly hyperbolic statement, especially coming from a planning director at a content-focused creative agency (and it is, obviously), but I truly believe that smart brands will start to refocus their story efforts to incorporate more story-making at the expense of storytelling.

To be clear: I’m not suggesting that building up stories around a brand to bring to life a sense of purpose or meaningful creative platform is redundant – I’m suggesting that there are more effective ways to do it.

So, storytelling versus story-making. Apart from one being a totally made-up word, reeking of advertising buzzword nonsense, what’s the difference?

Well, if storytelling is about understanding the kind of stories you want to tell, then unearthing those stories to support a brand, (i.e. stories that largely already exist but haven’t been told yet), then story-making is about providing an environment in which great stories can happen – and in which those stories are so intertwined with the brand that for all intents and purposes they ARE the brand. The two are subtly different.

Here’s an example. Back in 1996 I was a keen mountain biker. At the time, in the UK at least, most knowledge of mountain bike trails was delivered through print magazines and word of mouth. And most trail riding followed existing bridle paths or natural, animal-made runs in forests and woodland.

Around that time, word began to filter through of an exciting new development in Mid Wales – a purpose-made mountain bike trail. This sounds simple, but it meant real people, with shovels and pickaxes, were going into remote woodland areas – often inaccessible by motor vehicle – and digging trail features (berms, bomb holes, jumps and the like) into a heavily wooded hillside. Not easy.

Anyway, we drove the four hours to Wales to ride this thing, and it was amazing. And it was called the Red Bull Trail. And Red Bull had stumped up the cash to pay for it. Nowadays, the trail centre in Coed-y-Brenin is called the Red Bull Trail Centre – and it is, and has already been, the launch pad for a hell of a lot of stories that would never have been told without Red Bull’s early investment.

This is a small example, but combined with Red Bull’s attitude towards grassroots sponsorship, as well as it’s co-ordinated approach to building a media business. Werner Brell, MD of Red Bull’s ‘Media House’ in the US, was quoted in 2012 as saying:“Whenever we did any event, or signed an athlete or executed a project, everything has been put on film or photographed. Stories have been told. It’s part of the DNA of the brand.”

What becomes apparent is a concerted effort to write the future of an entire sport – even an entire group of sports. It’s pure story-making. And why is it important? Well, as we drive ever closer to ‘peak content’ not only will quality shine through, but authenticity will increasingly matter.

According to recent Adweek/Olapic research, 47 per  of Millennials trust UGC (which is authentic), as opposed to only 25 per cent trusting content created by brands (which can often appear inauthentic).

Whilst story-making and the Red Bull example I used above certainly fuels development of content created by brands, it’s also a weird hybrid, where a combination of grassroots sponsorship of both athletes and infrastructure leads to the development of genuinely authentic stories that can compete with user content for credibility.

Story-making won’t be right for every brand. For starters, it requires a consistent investment over time that may be out of reach for some marketers’ budgets. It assumes that a brand has a story worth telling in the first place – one that actually means something, that is grounded in a bigger idea or purpose. It assumes that brands and agencies together can crack the conundrum of developing quality content at volume, which in itself calls for new production models (though that’s a subject for another post).

And it assumes a marketing department can be brave enough to wean itself off the drug that Peter Field, the so-called “godfather of effectiveness”, calls short-termism – the pursuit of short-term (sales) results at the expense of long-term (brand-driven) effectiveness. No easy task.