Channel Seven has unveiled its AFL commentary team for 2017, and it’s bereft of a single female.

The network, beset by problems following the revelation of the affair between its CEO, Tim Worner, and former employee, Amber Harrison, is again under fire after releasing the image of its commentary team – led by stalwart Bruce McAvaney – which features seven white men in blue suits.

The unfortunate faux pas follows on from the huge success of the inaugural women’s competition won over the weekend by the Adelaide Crows.

To its credit, the AFL has worked hard on attracting female players and fans to the game in recent times, however, it appears its good work is becoming undone. Even the NRL now has far more female commentators than its Aussie Rules counterpart. 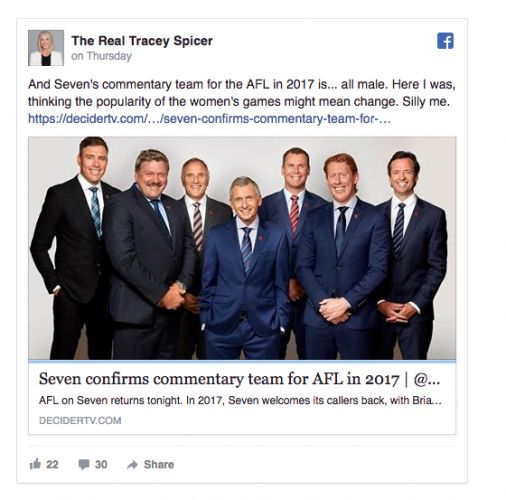 “And Seven’s commentary team for the AFL in 2017 is… all male,” Spicer wrote in a Facebook post. “Here I was, thinking the popularity of the women’s games might mean change. Silly me.”

Others on social media posted: ‘Not one female commentator?? Really?? Wow’, while others were quick to say that they saw nothing wrong with the photo.”

The Australian’s Nicole Jeffery and The Sunday Telegraph’s Jessica Halloran also took to social media to air their displeasure. 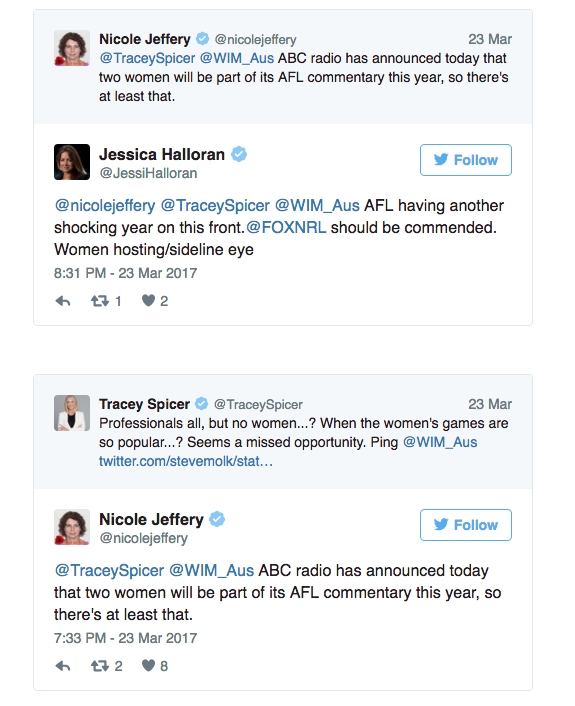