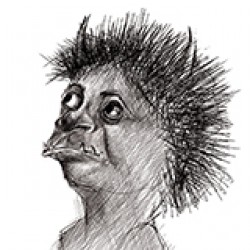 The print industry is slipping under the waves of oblivion.

When it comes to technology – I’m a luddite.

I have no interest in Facebook or Twitter, and despair that social media has turned otherwise perfectly normal, vibrant human beings into moronic self-obsessed, self-absorbed individuals who find the need to stoke the ever demanding needs of Twitter, Facebook, Instagram (I’ll reserve my ire for ‘selfies’ for another time). I suspect however, that I’m in a minority, and like everyone else need to ‘get with the program’ or get left behind.

I love print. But I can’t help feeling that print is not only ‘off the pace’ but has been left totally sucking on the vapour trails of the very same businesses I’ve formed a dislike for. Facebook, Google and Twitter seem to have re-imagined and turbocharged the notion of media engagement in a way that the print has only ever talked about for years.

When talking about the viability of the magazine publishing industry, Nick Chan, CEO of Pacific Magazines, will always trot out the notion that no platform offers the levels of engagement (and dwell time) that magazines provide.

Even if there’s a level of substance to that argument, the fact is the short/medium/long term sales trends are all pointing down. This is despite the fact that the likes of Bauer sold in the region of 70 million units last year. I suspect, if it weren’t for the women’s tabloids aimed at the 35+ crowd then the ‘roof would’ve fallen in’ already. The age of mass market print products is unquestionably truly over. Audience fragmentation makes it ever more difficult in a print environment to give people want it.

Need further proof? How about Chris Mitchell’s remarks at a public appearance celebrating 50 years of The Australian newspaper where he said, “there will be a time when print won’t be viable”.

Who’d want to work in print? Mitchell went on to lament the editorial quality of his own newspaper.

But the reality is people are increasingly consuming media in real-time environments with video and online. A static print product simply doesn’t cut it anymore. Consumers (and therefore advertisers) have fled in droves from print, the declining revenues that traditional media powerhouses face bears witness to this audience migration.

The Australian lost $30 million in 2013 with no signs that 2014 is looking to be any rosier. Given the advertising revenue ‘rivers of gold’ that used to characterise the print media have gone – where to now?

So far the efforts of magazines to port over to digital mobile and tablet devices and bundling ‘cross-platform’ packages to commercial advertisers have largely failed. Newspapers, given their intrinsic nature of delivering today’s news, lend themselves more easily to an online environment where the delivery of up-to-date content is a realistic proposition.

The real problem is that the industry has been trying to retrofit a digital platform to a fundamentally print product.

Long-tail premium content that has lived perfectly happily in a print environment does not necessarily sit so well in the digital space where media consumption behaviours are entirely different to print.

‘Big data’ is here to stay. Not only that, advertisers see it is as the catnip to fuel their ever-more demanding marketing KPIs. It’s not enough to sell product anymore, brands like Coca-Cola want a relationship with you, they want YOU to “Like This” on their Facebook page. With Facebook users generating 500 terabytes of new data each day, print has no share of voice anymore.

The future is looking even grimmer for print when you consider that marketers feel the future is ‘mobile’. The facts speak for themselves; 15% of all Australians’ attention directed to mobile screens and according to the University of Berkeley, over the next five years mobile data demand will grow thirteen times to 11.2 exabytes per month. To place that into some kind of context, every single piece of information ever created by humanity equated to about 12 exabytes. The problem of intrusiveness and small screen sizes is well-documented but it is clear that mobile platforms represent a huge marketing opportunity for those who can capitalise on it.

As magazines like The Week and FHM disappear from physical newsstands, there is a whole raft of skills that made print publications quality environments in the first place, at risk of disappearing too (with no clear evidence to suggest the quality of digital advertising is taking up the slack). Creative agencies will become fully 100% digital focused and print creative will be a footnote in the memories of Cannes Advertising Festival’s past.

In summary – I’ll stoically continue to to read my damp copy of Top Gear Magazine in that last bastion of where digital media fears to tread – the bath. However, given I’ve just taken delivery of my new waterproof Sony Xperia Z2 mobile device, I fear even bathtime is not immune to change.