A new outdoor campaign by Cancer Research UK is causing a bit of a stink after it linked high cancer levels in overweight people.

The outdoor posters simply read, “OB_S__Y is a cause of cancer” followed by the tagline,”Guess what is the biggest preventable cause of cancer after smoking”.

However, it appears some Brits aren’t buying into the public health message one bit and, instead, arguing the campaign is merely another example of fat shaming. 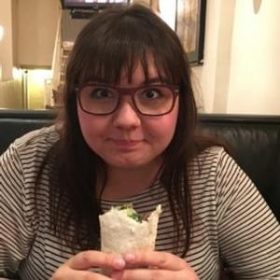 The outrage was led by British comedian Sofie Hagen (pictured above) who condemned the campaign saying it was “incredibly damaging” and that “society viewing fatness as a negative thing is a thing that kills more than the cancer”. 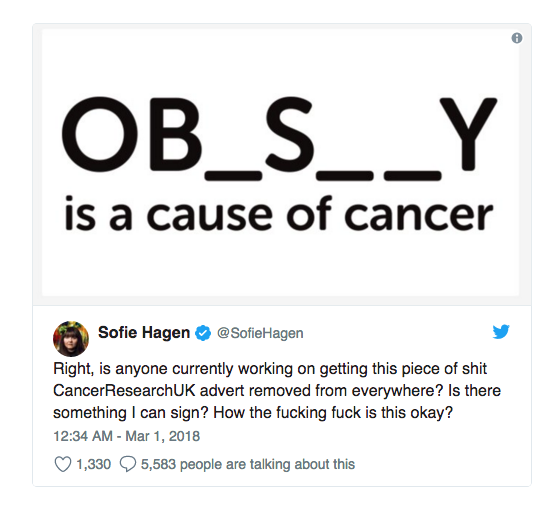 But in true British style, it’s all gone viral after the “OB_S__Y” ad was photographed on an automated billboard that swiftly followed an ad for a McDonald’s 99p cheeseburger. That’s about $A1.70. Check out the Twitter footage below:

The two ads were filmed in London and, as these things do, quickly went viral receiving 75000 shares and 18,000 likes. While others reported they’d spotted the two ads together in other parts of the UK, suggesting some sort of cancer-burger conspiracy. 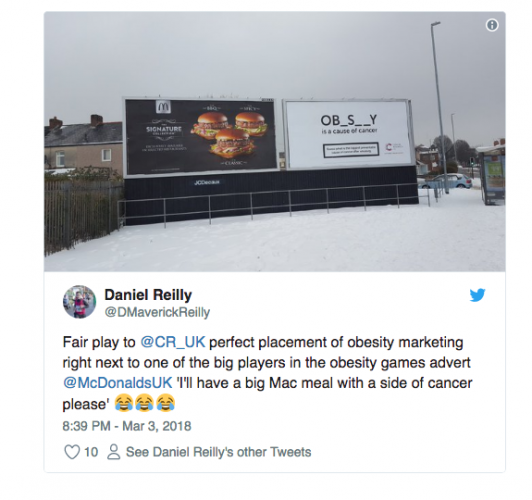 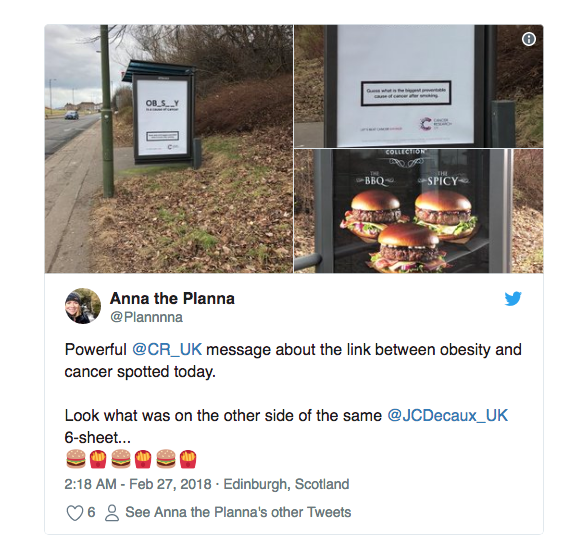 However, a McDonald’s spokesperson denied the burger chain had done some sort of bizarre dalliance with the cancer charity.

“We are aware of the advertising board in question and are currently reviewing this placement with our media agency. However, exact positioning of advertising on a national scale can prove difficult despite agreed requirements for placement,” the spokesperson told the UK’s The Independent.

McDonald's Out Of Home