We’re watching more video than ever. Faster internet speeds, the shift to mobile and the much-heralded arrival of internet TV are all contributing to the surge in online video, writes Red Engine SCC general manager Kate Richardson (pictured below). 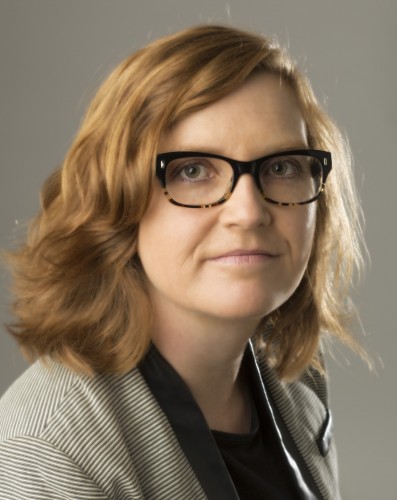 A growing part of our consumption is social, and the likes of Facebook, Snapchat and Instagram are both capitalising on and driving this trend.

In his February earnings call, Mark Zuckerberg described video as a “megatrend” and one that will keep him heavily invested in a video first approach across all of the company’s apps.

Facebook in particular has done an excellent job of stealing share from YouTube, a channel that really hasn’t innovated much beyond its original model and which over time, has become more search engine than social media.

Interestingly in the first few months of this year, Twitter added the highest number of new users in about two years. This may be partly attributable to the geo-political climate and the Trump factor, but there is also a likely correlation with the platform’s increasing focus on video and major content partnerships, with the likes of Buzzfeed and Bloomberg who bring exclusive streaming content to the platform.

Migration to mobile has been a major driver of social video, but this change in behaviour has been given a boost by platform investment in infrastructure and an improved mobile experience.

Snapchat might be the posterchild for this, but Facebook’s copycat strategy has seen Instagram Stories recently hit an extraordinary 200 million daily users less than a year after launch.

Superior mobile cameras and bigger screens have helped, while content creators (including the amateurs) have improved their grasp of the mobile format and are producing better content.

As we know the dollars follow the eyeballs, and significant ad money has recently flowed into social video. In the US, search and social accounted for 95 per cent of digital dollar growth in 2016 (unsurprising given Facebook and Google’s dominance). In 2017, social video ad spend is expected to double again to over $4 billion.

Locally, PwC reports that mobile advertising is on the rise, with online video now accounting for a third of display ad spend and forecast to grow by 23.8 per cent over the next five years.

There is no doubt video offers great opportunities for brands. An expansive canvas for storytelling, inexpensive modes of production, and importantly, cost-effective reach.

But the medium also presents challenges, particularly in social.

Short attention spans, competition for interest, the skippable (or interruptive) nature of placements and the increasing need to conceptualise and customise content for individual channels that are constantly innovating and changing.

So, here are 10 ways to make your social video work harder:

On key channels such as Instagram and Facebook, we’re seeing significant drop off rates after 15 seconds, and especially beyond 30 seconds.

Given the average time people spend on mobile with Facebook content is less than two seconds, you need to get a move on. Aim for no more than 15 to 20 seconds on Facebook, and 15 seconds on Instagram. YouTube is the one channel where you can take more time to delve into your story, and where emotion packed storytelling can shine as brightly as low fi how-to videos.

It’s a bit like when you scan the headline and then feel you don’t need to read the article. Give people a reason to keep reading, or in this case, to keep watching. You need a visual hook that grabs their attention and interrupts the scroll or swipe.

Forget the traditional TVC or short-form approach where the pay off or reveal comes at the end.

Account for the fact people may only watch you for a handful of seconds and tell your story front to back.

Unilever has done a clever job on this with a Tide video that shows the stain being removed from a dress up front, rather than the traditional problem followed by solution structure of a television commercial.

If you get your three seconds right, Nielsen and Facebook research shows that you can deliver an increase in recall (although keeping someone around for 10 seconds will give you a more decent bump).

Of course, this requires making content that hits the mark, but it also means reinforcing and refreshing memory structures with an appropriate level of branding. Ensure distinctive assets feature up front and throughout the video. Don’t wait for the end frame 30 seconds in.

Apply elements (e.g. colour, product in context) in a flexible way in line with the type of story you’re telling.

Frame your subject for mobile, and prioritise square and vertical video. A recent Facebook survey showed that square and vertical formats deliver an uplift in brand recall of three times that of 16:9. If you’re doing vertical on Facebook, keep the supers within the square format to avoid the potential for cut off.

Yes, social channels are increasingly sound on, but don’t assume anyone is listening. Tell a simple, visual story and design for sound off.

The evolving and distinctive nature of different platforms requires an increasing focus on designing video content for channel and format. Forget the produce once and publish often mantra.

Compare Snapchat and YouTube, for example. Putting their very different roles to the side, the format on each channel is decidedly different. Snapchat is sound off, vertical video centric, 10 seconds or less for paid placements, and demands a more user-generated look and feel in keeping with the platform. In contrast, YouTube is sound on, 16:9, and suitable for all content types as well as longer lengths post-one minute.