Australia’s first major survey of professional online community and social media managers has revealed a highly educated work force under pressure, with four in 10 earning less than the national average despite long working hours that sees half working more than a five-day week.

The survey found the average full time salary for a community manager ranged from $65,759 – $88,270 nationally, meaning approximately 40 per cent of respondents earn less than the national average.

Despite remuneration suggesting community managers are undervalued, they endure a long working week, with 43 per cent working more than five days a week, and almost one in 10 working seven days a week. Three in four (77 per cent) work more than an eight-hour day.

Community managers are youthful and highly educated, with 50 per cent between 26 and 35 years of age and three in four (76 per cent) holding a Bachelor’s degree or higher. One in five has studied communications at tertiary level.

Abuse and harassment emerged as an industry-wide issue. One in three respondents had been criticised or antagonised, either online or offline, as a result of their work as a community manager. Of those who experienced harassment, only one in four received employer support. 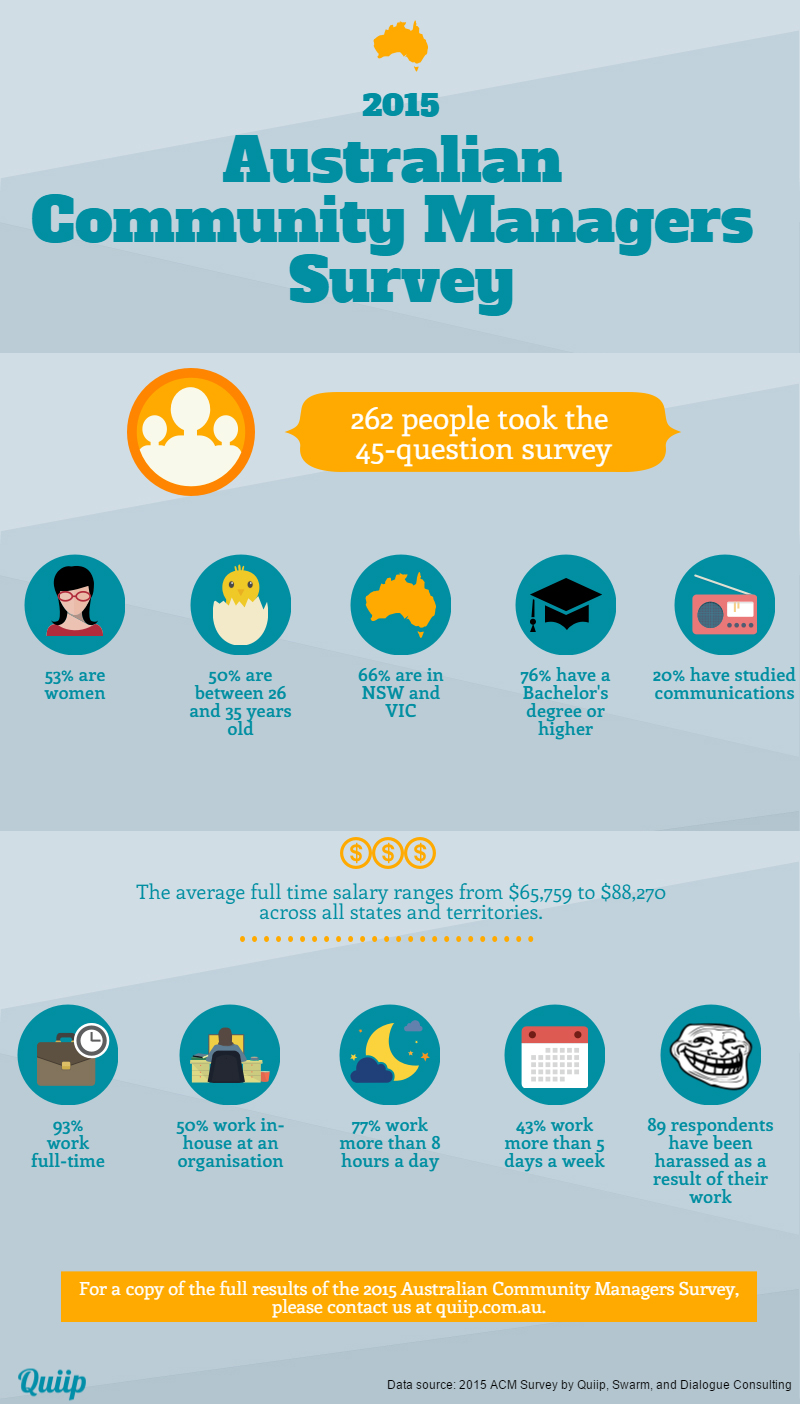 Despite the 24/7 nature of social media and online communities, less than one in five respondents said their organisation provided around the clock monitoring.

While almost all organisations collected metrics around their communities, many had no purpose or no formal strategy in place, highlighting a focus on collecting ‘likes’ over long-term function and objectives.

Commenting on the findings, SWARM’s Venessa Paech, who also leads global communications for Envato’s five-million member online community said: “This ground-breaking survey of community professionals in Australia reveals a highly skilled, highly educated, diverse group of workers. They are on the cutting edge of the digital economy, and in many cases are responsible for the public reputation of their organisations.

“Despite this, they appear to be under pressure and, arguably, undervalued by the market. They operate in small teams with limited resources, and have high expectations placed upon them. They don’t always have clear direction, or the necessary support to succeed.”