Advertise with us
Posted 4 October, 2017


Media agency PHD has launched Merge, its seventh publication, that focuses on the inevitability of the merger between human beings and technology.

Hosted at Sydney’s Simmer on the Bay last Friday, the agency invited guests to experience the future with an array of emerging technologies on show. Exploring a selection of live, interactive areas, guests had the chance to try out some of the ground-breaking gadgets and see just how close we are to the Merge.

Delivering the keynote was Mark Holden, PHD’s worldwide strategy and planning director. Holden outlined the five stages of the evolutionary road, between 1950 and 2050, culminating in technology and humanity fusing together both symbolically and literally. 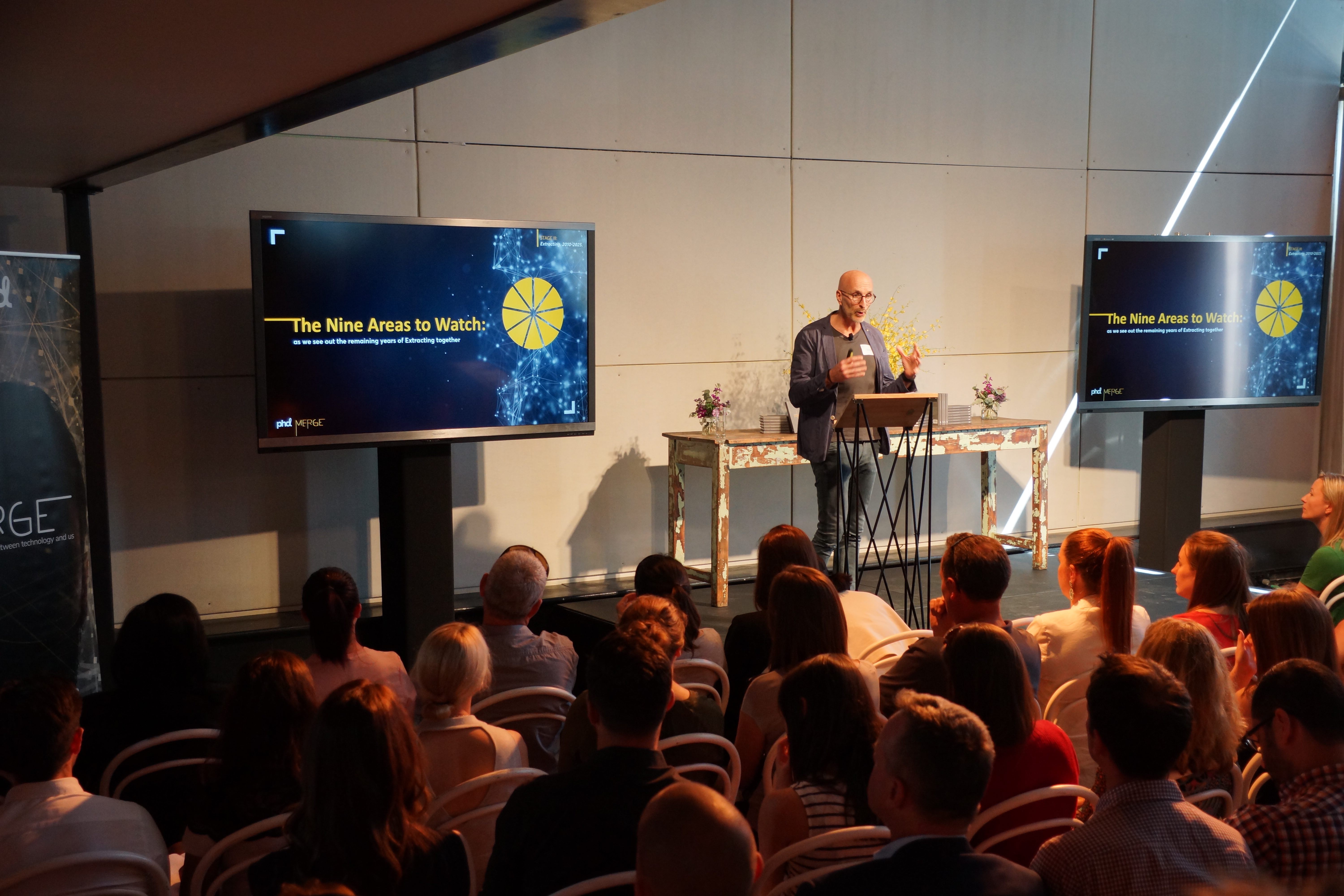 Holden touched on some of the advances we can expect to see in the next 30 years, including “renting” additional brain nodes to increase memory, microchip “invisibles” and nano-bots used to monitor health, predict diseases and improve what nature has given us, the constant, high-speed, wireless connection between our biological brains and the cloud, and smart homes and cities, autonomous vehicles, as well as next generation VPAS.