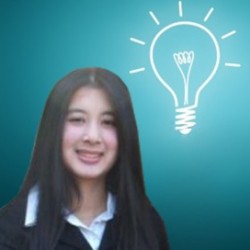 
Tam Nguyen asks, can the success of a great product be jeopardised purely by the product name? In the case of Kraft’s iSnack2.0, yes, it certainly can.

Product naming is considered a critical component in the branding process and it requires a mixture of creative and linguistic strategy. The product name needs to resonate and connect with audiences, as well as align with the company’s brand. It can take months of market research and evaluation to select the ‘right’ name. More complexity is added when the product is launched in overseas markets, when other languages need to be examined by marketers to ensure the words or sounds don’t carry any negative connotations in the target countries. As you can see, naming a product isn’t as simple or straightforward as it may sound; finding a name that ‘sells’ takes a lot of work and investment. 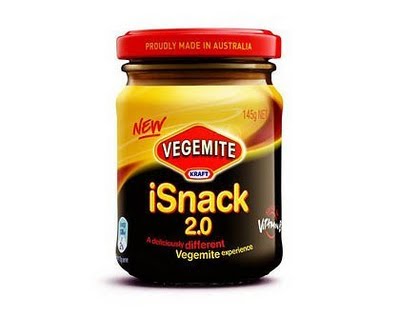 In 2009 Kraft announced that they were launching a new product, a re-invention of Australia’s most beloved spread, Vegemite. This derivative product was a combination of Vegemite and cream cheese, a rather brilliant idea. A large scale campaign was launched to invite the Australian public to name this new product. While Aussies put on their thinking caps, the nameless product was made available on supermarket shelves with a cleverly designed product label that read ‘Name Me’.

This large scale crowdsourcing campaign proved to be a huge success, Kraft received more than 48,000 name suggestions. And much to Kraft’s delight, Australians had taken a liking to this new concoction with more than 3 million jars sold. There was a lot of public interest in this campaign and Kraft boldly and confidently decided to announce the winning product name at one of Australia’s most publicised events – the AFL Grand Final. You couldn’t pick a more high profile outlet to launch the new product, unless it was in America then it would be the Super Bowl. When the winning product name was revealed to be iSnack2.0, things quickly turned sour for this effective product launch campaign.

Vegemite is a true Aussie success story – it was created by Australian Chemist Cyril Callister in the early 1920s. It went on to become an Australian icon and it is very much ingrained in Australia’s identity like koalas, the Sydney Opera House and the AFL. Australians have a personal attachment to the salty condiment, and Kraft allowing Aussies to name the spin-off product makes it even more personal. When they found out iSnack2.0 was the selected name, they were not shy in voicing their dislike and anger on social media which caused iSnack2.0 to go viral.

Why did the public react so strongly against this creative and original product name? The name didn’t reflect the product’s Australian roots, but instead it Americanised it. That hit a nerve with the Australian public as it reminded them that this product was no longer Australian owned, but American owned. Kraft faced a huge backlash for tampering with this Australian product. After just four days, Kraft announced that they would dump iSnack2.0 and let the public decide on the new name through a poll, which resulted in the new name ‘Cheesybite’. Kraft had to go through the trouble of rebranding this product so soon after launch to appease the Australian public.

There was debate that Kraft chose iSnack2.0 as part of an elaborate publicity stunt, although Kraft has denied this claim:

At no point in time has the new Vegemite name been about initiating a media publicity stunt. We are proud custodians of Vegemite, and have always been aware that it is the people’s brand and a national icon.

However, in the age of any publicity is good publicity, people still question Kraft’s objectives.

The name iSnack2.0 itself isn’t a horrendous name. At the time the success of the Apple ‘I’ products was phenomenal, so the ‘I’ was associated with being cool and youth orientated. The ‘2.0’ is technology jargon that represents the second generation of a product, and 2.0 products are always better than its predecessor. Kraft was trying to position this product as cool and wanted to appeal to the youth consumer. The new name ‘Cheesybite’ doesn’t really showcase its Australian roots, but it also doesn’t have any associations with America either. So it is more neutral and conventional for a condiment product.

If Kraft could travel back in time and revealed the new product name as ‘Cheesybite’ at the AFL grand final, do you think it would go viral?

In the end, you can never underestimate the importance of the product name and must take in to account cultural factors of the target audience, as this will directly determine the success or failure of a product on the market. With the wide use of social media, the company as well as the whole wide world will know immediately whether the public likes and approves of the product name.