To start getting you excited for the 30 under 30 Awards for 2018, we’ve checked in with a few of the legends that won last year – and they’ve got some pretty good advice.

There’s only a few weeks to go until entries close for this year’s 30 Under 30 Awards, so to give you some inspiration, we asked our 2017 champions what they’ve been up to since winning, and for their best advice.

“It was such an honour to win and I’ve made so many new contacts through it. It’s definitely helped my career and it’s something I’ll cherish forever.”

And as for what she’s been up to?

“I was a finalist for my campaign against domestic violence in the Australian Magazine Awards late last year. It really meant a lot to have that campaign recognised,” Nementzik said.

Nementzik also credits her mentors in helping her succeed, and said her bosses have all be incredible mentors.

“I’ve learnt so much from every single line manager and editor I’ve worked for and they’ve all played a huge part in my career. I truly believe that having mentors is the key to career success – it’s certainly been that way for me,” she said.

Andrew Hardeman (pictured below in the middle), client operations director at Carat, echoed a similar sentiment. 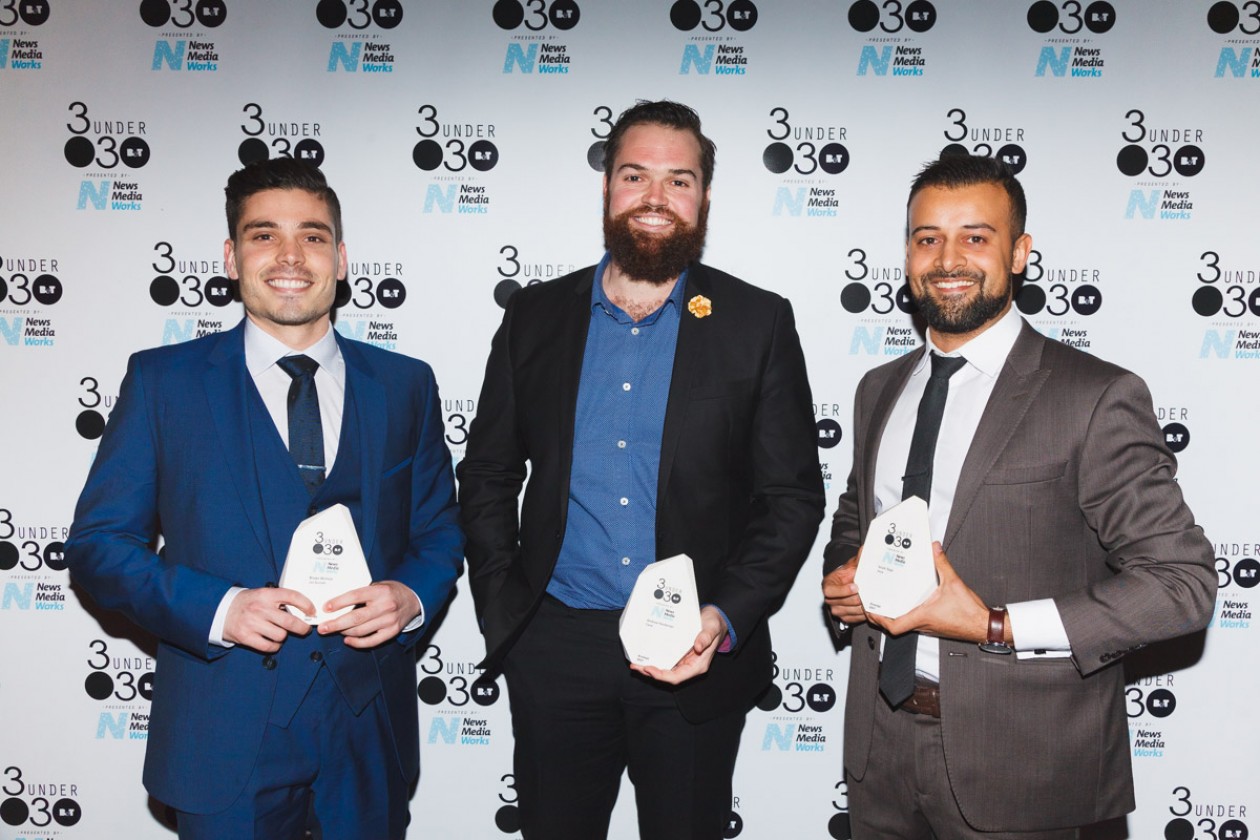 “I’ve been fortunate to have some incredible bosses throughout my career. Each has had a different approach but all have been passionate leaders and provided me with direction, learning and a push when I needed it,” he said.

Since being a 2017 30 Under 30 winner, Hardeman has created a proper career plan for himself and moved into a more challenging role.

“It certainly opened a number of doors and opportunities for me to consider,” he said.

Jay Wright (pictured below, second from right), director of Search Insights, also said that being a winner of 30 Under 30 was a “huge help” for his career. 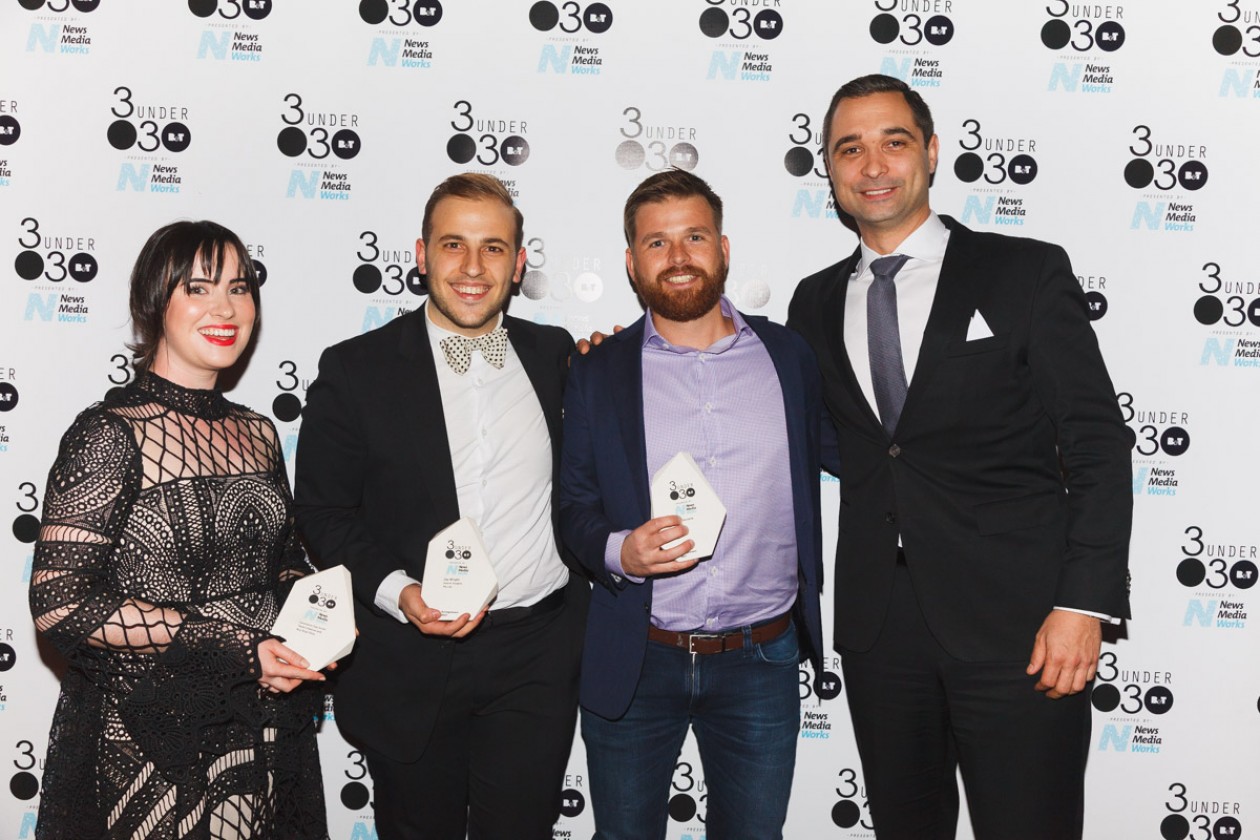 In the past year, he’s grown his agency 50 per cent – and advises anyone just starting out to “have a shot while you are young.”

“Make mistakes and grind away, it eventually pays off,” he said.

The 30 Under 30 Awards are a celebration of the best and brightest in the marketing communications industry, and each of last years winners know more than a few people who should win in 2018.

“I’m constantly amazed by the talent and ability of people under 30 in our industry,” Hardeman said.

Genevieve Clay-Smith (pictured above to the left), CEO of Bus Stop Films and a freelance filmmaker and creative director, has landed her first international project since winning last year and said she works with some definite future 30 Under 30 champions – and has some pretty good advice for anyone new to the industry.

“Be open to how radical the journey can be,” she said. “Find out what you’re good at and love and go for it.”

But Katie McElroy (pictured below in the middle), strategy director at Zenith Media, warns that it’s not always easy getting into the industry. 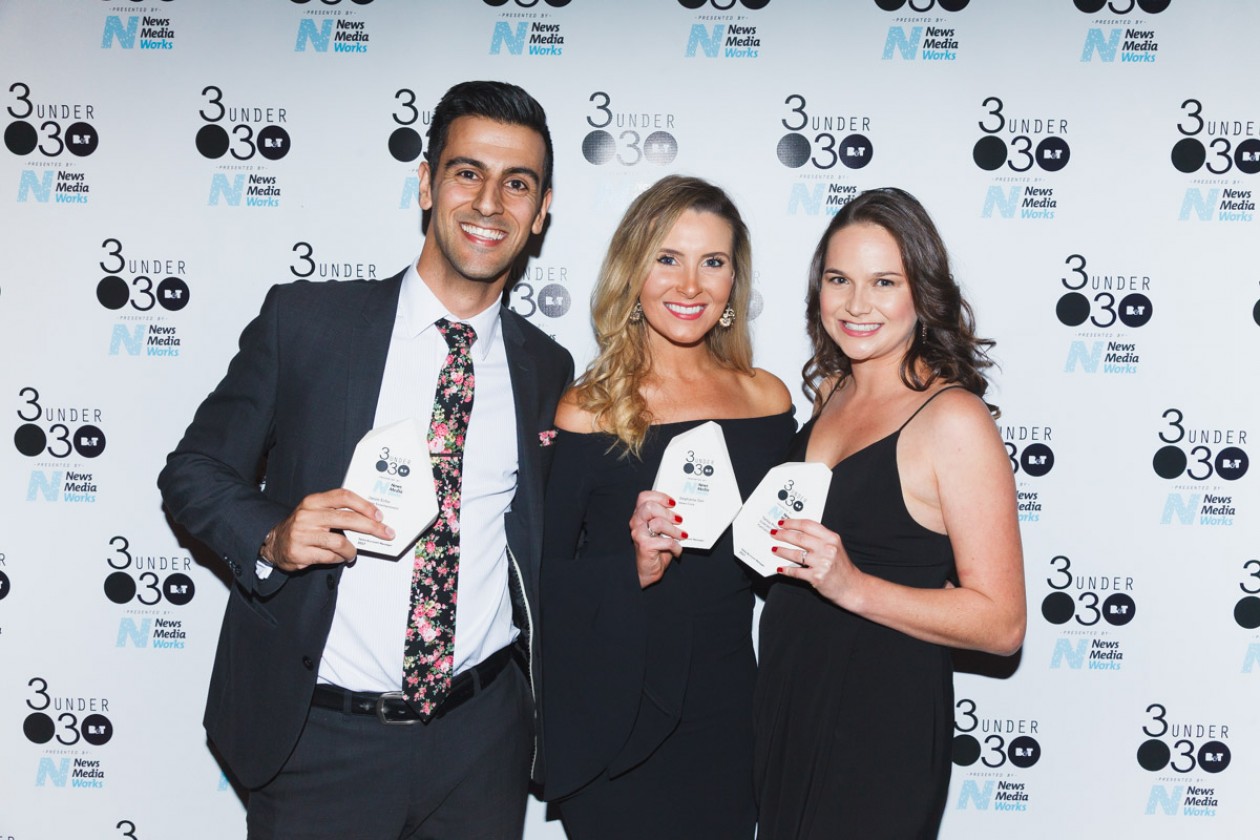 “It takes hard work, a curious mind, a humble attitude and passion,” she said.

“I love how this industry is constantly changing. And although technology and data continue to drive new advertising solutions, creativity remains at the heart of successful campaigns,” McElroy added. 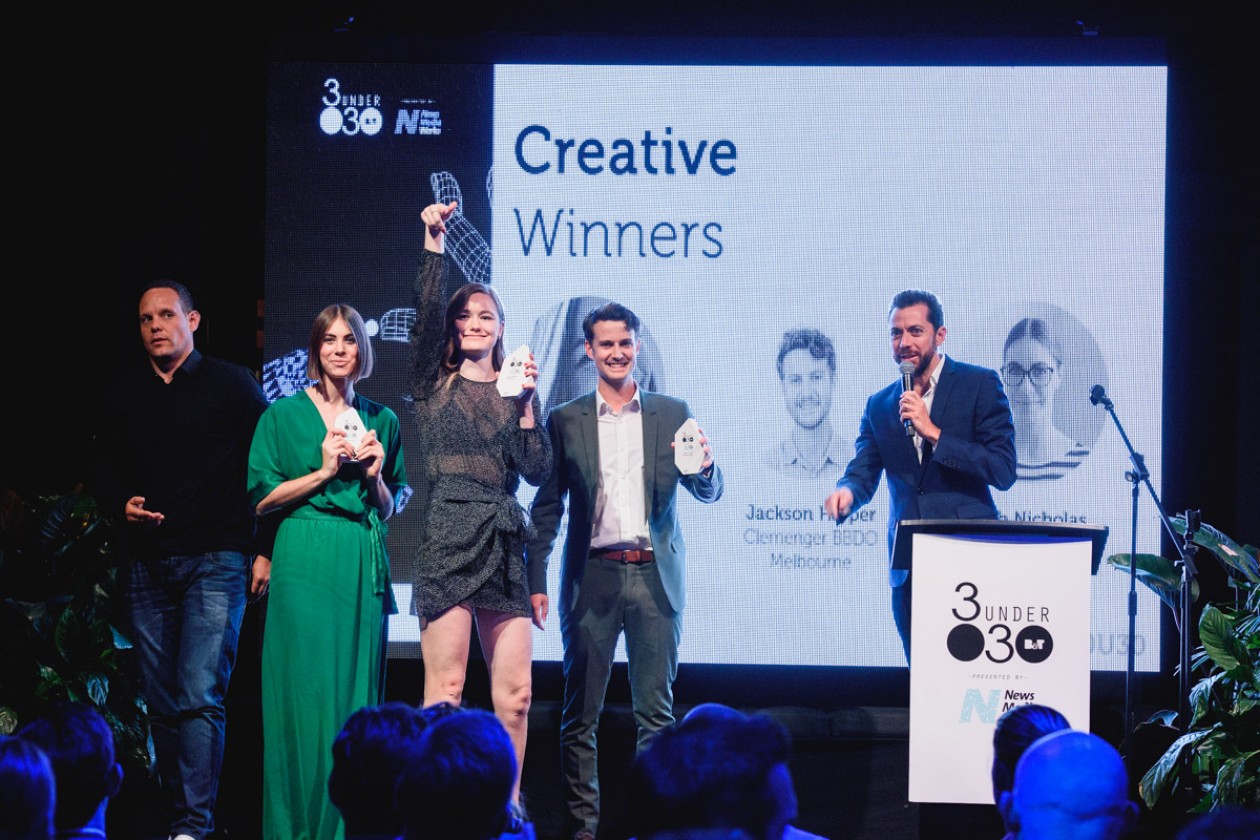 “Creativity holds a lot of power, and the impact you can make is really exciting. The people you’ll work with are also exceptionally fun, smart and will become your family,” she said.

“Winning 30 Under 30 is an amazing opportunity, in that it does a great job of getting your name out there – which is important in an industry where visibility is really important.”

If these past winners have inspired you to enter the 2018 30 Under 30 Awards, click here to get started – entries close on Friday 23 February! Then grab tickets to the main event right here. For all other info on the 30 Under 30 Awards, head to the website. 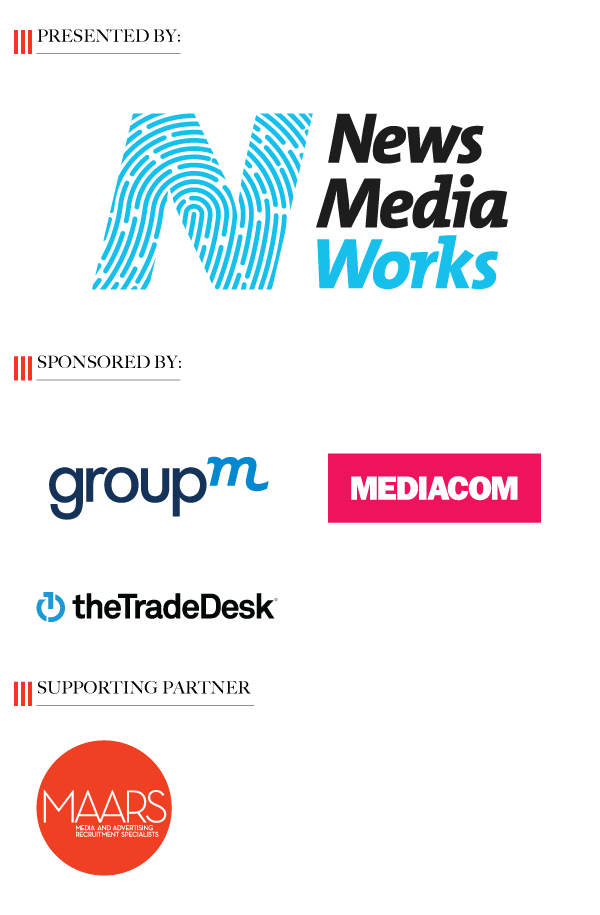