Reed is a highly regarded political and public policy veteran with a strong background in marketing and communications. Prior to his appointment he had been widely tipped to play a key role in government if Labor were to win the November State election.

Reed has recently returned to Victoria from Tasmania where he served as Chief of Staff to former Tasmanian Premier, Lara Giddings. Prior to that he spent more than a decade in senior political posts in Victoria, including ministerial chief of staff roles and managing the media unit for then Victorian Premier, Steve Bracks.

“Phil is noted for his skillful handling of a number of contentious policy areas from urban renewal to common law rights and road safety,” Banks said.

“As Executive Director Marketing and Communications for the Victorian Workcover Authority and Head of Community Relations for the Transport Accident Commission he delivered some of Australia’s most iconic and successful social change marketing campaigns. In his most recent role he helped navigate legislation through a minority parliament and a stridently independent upper house. He played a pivotal role in negotiations with the Australian Federal Government assisting to deliver high profile initiatives including: the National Broadband Network (NBN), the Better Schools (Gonski) and National Disability Services (NDIS).” 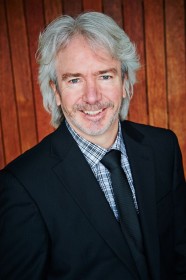 Reed has also served three terms as a local government councilor, including a term as Mayor, in one of Victoria’s most vibrant multicultural communities. His work in the local government sector also included a highly successful community engagement process on a $290million urban renewal program in Melbourne’s south east.

Reed said he was particularly excited to be joining Hawker Britton in the lead up to the Victorian State election at a time when there are many entities in the private sector looking for political counsel.

“My background gives me a thorough understanding of how government policy interacts with community life, and how that vision can be used to open the eyes of government decision makers to new business opportunities.”

Reed replaces current Victorian Director, Danny Pearson who Leaves Hawker Britton at the end of September to contest the Seat of Essendon for the Labor Party. If elected, Pearson will be the eighth Hawker Britton consultant to sit as an ALP member in an Australian parliament. Pearson and Reed will work collaboratively to ensure a smooth transition for clients in the lead up to Pearson’s departure.