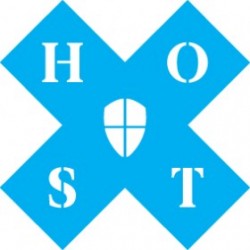 Four spots, co-written with Cleese, highlight the ways Bankwest are on a mission to make banking easier. He appears as a cantankerous customer, always suspicious of the bank’s motivations, until eventually won over by Bankwest staff member Katie.

The campaign reflects some of his own personal issues with banks and, in particular, their attitudes towards customers.

Cleese said: “I am very pleased to help any bank that is trying to support its customers by giving a good banking service; as opposed to the norm these days, which seems to be to squeeze every last dollar out of them while treating them with a mixture of avarice and cynicism.”

Bob Mackintosh, Host executive creative director, added: “Hearing that John liked the idea and was keen to be in the campaign was great. Learning that he actually wanted to write the scripts with us was even better. It was a crazy experience – he’s a taskmaster and very particular in his ways. But that’s what makes him so brilliant.”

Paul Vivian, Bankwest general manager of customer communications and brand, said: “This is an important evolution for our brand as we focus in on what truly matters to our customers – making their banking easier for them.  John was perfectly cast as our grumpy customer – and we’re delighted with how Katie successfully wins him around.”

The spots were directed by LA based Aaron Stoller, with legendary Aussie DoP Russell Boyd, through Revolver.