Advertise with us
Posted 6 November, 2017

According to the data, WPP has had over 1,300 wins for the year and $US579 million in annualized new business revenue, almost double that of the second-placed holding group (Interpublic). 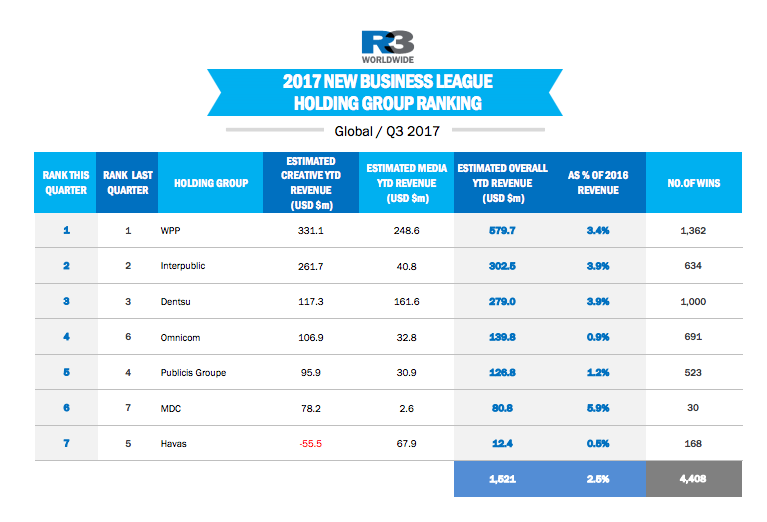 WPP’s creative and media agencies have both been performing well, with wins including PSA Automotive, AB InBev, Revlon and Walgreens / Boots. “WPP has gone deep and wide in its new business this year,” said Greg Paull, principal of R3. “They have been strong across all continents and all major advertising markets,” he added. 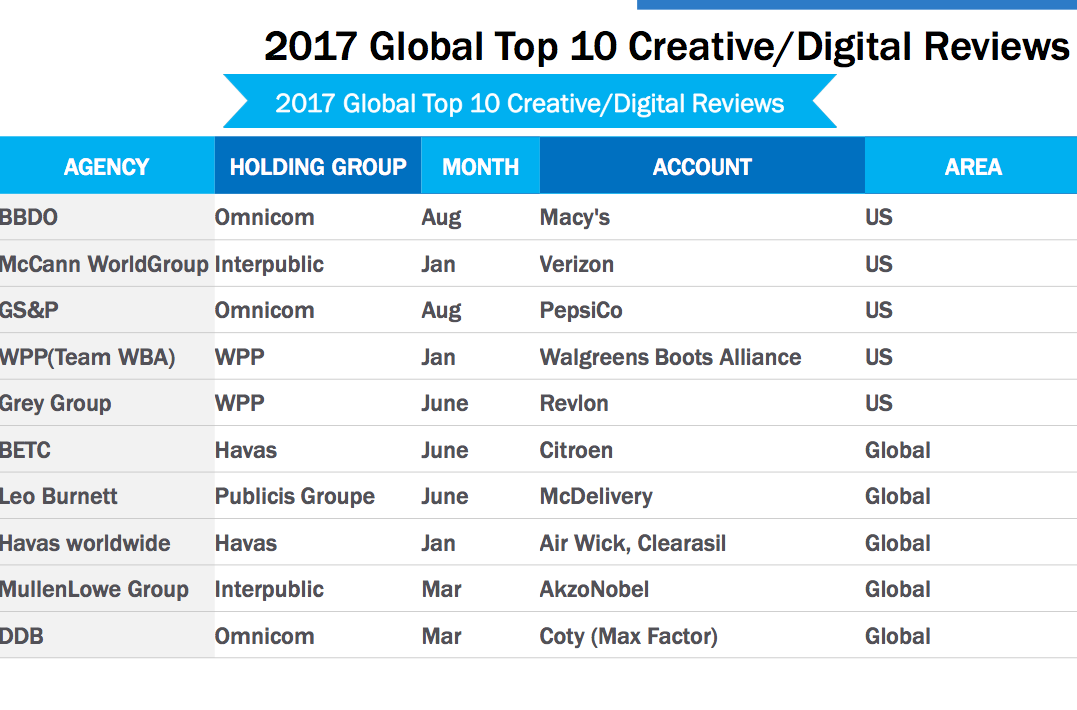 Since 2002, R3 has been tracking new business wins and losses from more than 400 agencies across the globe. They use a consistent conversion factor to estimate annualized revenue across creative, digital and media agencies in order to identify the business impact of the pitch wins through each month. 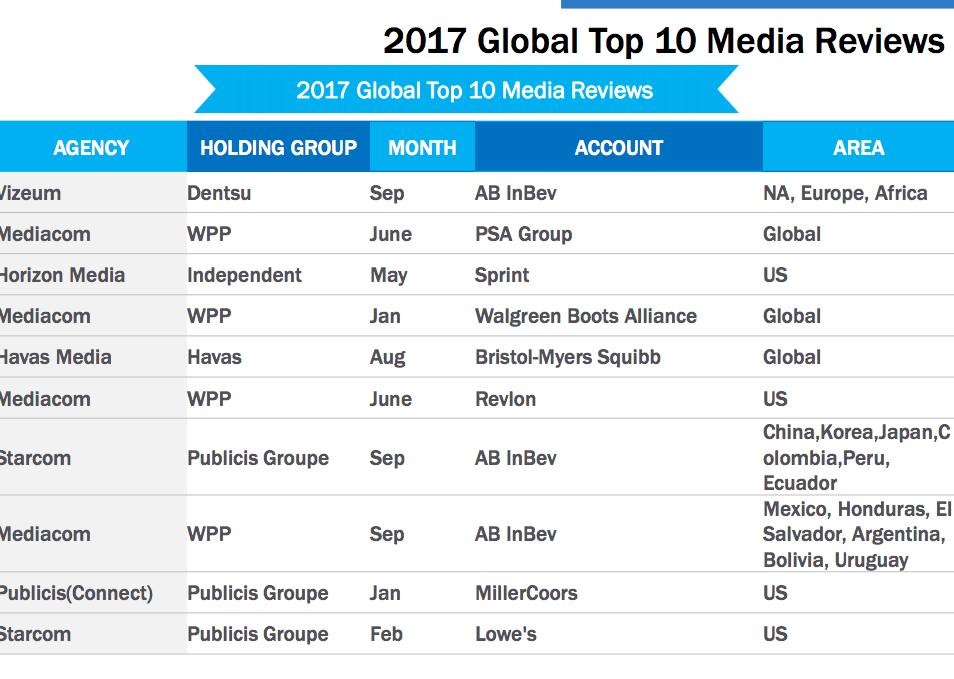 This has seen an 11 per cent overall decline in new business wins versus the same period last year, mostly driven by reduced media reviews. “2016 was the year of VW, AT&T, Coty and other making major global media moves. This year, we’ve seen AB Inbev and a handful of others, but the majority of media moves have been local,” added Paull.

Beyond WPP, MDC has also had a positive start to the year, raking in $US80m of annualized revenue across 30 wins through Crispin Porter, 72&Sunny, KBS, Anomaly and other agencies. “Seven months into Goldman Sach’s strategic investment, it appears the agency group is driving new business and new relationships,” said Paull.