Advertise with us
Posted 3 December, 2015 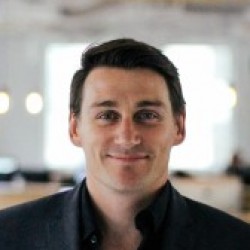 
Loud & Clear managing director Cade Witnish recently attended the Deloitte Digital Consumer Survey dinner, where he was involved in discussions around the findings of the report and Australians’ mobile usage. Here he shares his insights with B&T.

Australians continue to be spellbound by smartphones. On average we are checking our phones 30 times per day – collectively this is an astounding 440,000,000 times a day.

Over half Australians check their smartphone within 15 minutes of waking in the morning, and 81 per cent will have checked within the first hours of being awake.

Australians continue to be the masters of multi-tasking. Smartphone usage while commuting is a behavioural norm amongst Australians, with most (88 per cent) checking their phone while using public transport, however despite ongoing public education campaigns around the dangers of texting while driving, an alarming 42 per cent reportedly are multi-tasking with their device while driving.

Eighty-three per cent of Australians are watching TV and on their smartphone at the same time and 73 per cent are on their phone while at a restaurant .

50 per cent of the Australian population are digital omnivores – they own a laptop, smartphone and a tablet.

What’s interesting about this group is that they are also less likely to watch free to air than non-omnivores and more likely to take part in subscription based content sharing platforms (Netflix, Spotify premium etc).

Listening to music comes in third place with 36 per cent of all Australian consumers surveyed ranking this in their top 3 preferred sources of entertainment. Interestingly there appears to be an upward trend in reading books (of any format) with 33 per cent of people ranking this in their top 3 preferred entertainment activities.

Social Media is at the heart of everything

The overall engagement with social media (and the frequency with which Australians are using it) has increased, with 80 per cent of those surveyed owning at least one account.

Fifty-nine per cent of Australians are using social media on a daily bases with 9 per cent using it more than 10 times a day. Over half of respondents felt that time spent interacting with others through social media was as valuable as the time spent together in person.

Australians are not only using social media to connect; 26 per cent of Australians maintain a blog and create content online.

While Australians remain wary of businesses interacting on ‘their’ social platforms, nearly half believe that companies’ use of social media has improved their perception of a brand.

A consumer trend that was seen this year is the embracing of subscription payment models by Australian consumers.