Yesterday in Canberra, ahead of an event celebrating 10 years of the DELL WITEM (Women in IT Executive Mentoring) program, B&T sat down with Managing Director and Senior Vice President of Dell ANZ Angela Fox.

When Fox left school, she was considering teaching, nursing or becoming a physio as a career. Through the influence of her brothers-in-law who encouraged her to go to university and broaden her options, she ended up majoring in zoology before joining IBM on a graduate program. 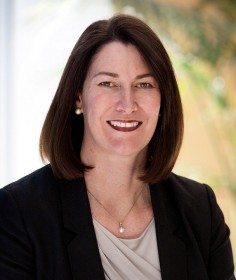 What lessons can the media, marketing and advertising industries learn from the IT sector which has been traditionally so male-dominated?

My view is that it’s down to us as business leaders to be developing environments that are, by nature, open and inclusive. The reality is that building a culture that is focused on inclusion really allows you to tap into the true talent that’s out there.

It’s a very competitive employment market, so all of us need to be finding ways to tap into the best and the brightest, and that means you need to be drawing from the vast broad base of the population that is represented out there in society.

Frankly, I don’t think anybody has the ability to be selective. I feel strongly about meritocracy. You do need to be hiring the best and the brightest, and human capital is one of the key competitive differentiators still, underpinned by things like technology. But the reality is that you need to ensure that your candidate base is diverse.

If it’s not, there’s a need to step back, reflect and ask yourself what it is about the process or the brand reputation or the culture that is inhibiting that attraction of a diverse candidate pool.

When you think about that, there’s a couple of things that play a role.

At Dell, we have taken a look at our job descriptions and how they are written. Are they written in an unconscious biased manner that uses ‘male language’, or does it talk about things that appeal to a male population or a stereotypical standard employee? Is the language we’re using, the way we’re describing the role, actually appealing to a broad base?

We found there were disparities. There were describing words that were more ‘masculine’ or ‘aggressive’ by nature. It’s about stepping back and asking if that creates a barrier to some people being attracted to that job or how its described. It’s a simple, practical thing.

Or it can be as simple as the selection process. We need to ensure that we have a diverse interview panel and that there is at least one woman on the panel, and we have a fair and equal representation of diversity.

Gender bias starts from an early age. It’s having little girls think they can do whatever they want or having children exposed to a peer group and/or role models that they might aspire to be. There’s that really influential point in development where all of a sudden there’s a perception that this IT stuff is for geeks, not for girls.

From the early ages, how do you keep it cool for kids to want to be engaged in technology? How do you then reach the high school age and continue to attract and retain them in programs? Who’s having an influence on the selection of their syllabus? When you’re a young teenager, you’re not the only one making big life-changing decisions, so it’s also about reaching these people.

Once you get them into the workplace, how do you set up an environment that’s supportive? That could be as simple as ensuring that there is paternity and maternity leave, that there’s support systems in place, that there’s flexibility in work habit. That is when it translates. It doesn’t just have to be flexibility for females, not just maternity leave. The male or partner in that relationship plays a really important role in being supported by their workplace to play their role.

Do we need quotas to ensure diversity in Australian workplaces?

I think it depends on the actual company.

Meritocracy is important. You don’t have the luxury of putting people in positions for the sake of it, and I don’t think that’s occurring. People earn their right to a role.

I believe, however, in some environments that measurement is important. What form does that take? It needs to be relevant to the different company or environment that its operating in. “Thou shalt” doesn’t always work.

I do believe a degree of measurement or visibility is important. It could be as simple as a diversity score card, which we have at the senior leadership level at Dell. It can take many forms.

Ultimately it’s about amplifying and being consciously aware of what your organisation looks like and what you’re doing to change it.

What’s the biggest barrier to changing the status quo?

People feeling supported. Developing cultures where people feel they can bring their authentic and very best self into the office.

It can be as simple as people having courage. But if the environment and culture around them is not supportive, they’re not going to put themselves in a vulnerable position.

Education is key to all of this. At Dell, we launched a chapter of LGBTI and a key component of that was education of first-line management – asking the questions you don’t know the answer to, being courageous enough to understand and to get a perspective of the people that feel they are the minority.

Would you describe yourself as a feminist?

I believe in giving any group within your workforce who feels a minority and unable to truly express themselves the opportunity to feel comfortable coming to work, being their authentic self so you can truly tap into the talent and the perspective and opinion that they bring to the table.

And let’s face it, that’s what makes business interesting. That’s what drives innovation, and you can directly correlate it to business results.

I don’t feel the need for a label, but I’m certainly passionate about wanting to drive change.