In this guest post, GPJ Australia WA regional manager Natalie Pronin (pictured below) says there’s a lot to be had in shifting the marketing budget from the traditional to the experiential…

Have you ever had that moment when you are so overwhelmed by an experience that you get goose bumps all over your body and are almost reduced to tears? Then you look around and realise that there are thousands of people around you experiencing the exact same feeling? 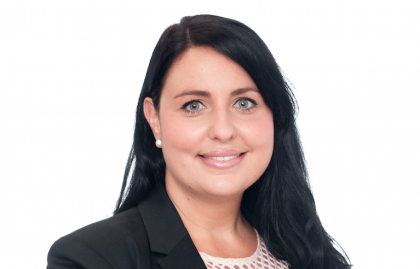 In 2000, Sydney hosted the Olympic Games. I was one of the lucky ones who got to attend the opening ceremony. I was only 15 years old but it was there that I fell in love with live experiences, in every possible way. I was completely stunned and overwhelmed by the entire ceremony…the scale, the colour, the choreography, the sound design, the execution. It was the most amazing things I had ever seen.

That very same night I decided that I wanted to be a part of a team that created that exact feeling, no matter the scale. I wanted to be the person who could create something that allowed thousands of people to experience awe and wonder, together.

From that point on I dedicated all of my weekends and school holidays to learning. I produced and directed stage plays, I acted and sung in musicals, I worked on film sets as a runner, I volunteered at local film schools. After finishing my undergraduate degree, I started my career in traditional advertising. It’s here that I really learnt the art of influence and how 30seconds can impact an audience. I then adapted my skills to produce short films and television and then moved into animation supervising, and then finally I became a senior producer, with producing ceremonies forming a big part of my role. I had finally come full circle from that wide-eyed 15-year-old to a professional with a vast array of production experience.

Almost 14 years to the day after I sat in the Olympic stadium, I had the opportunity to produce an opening and closing ceremony. I can’t adequately express in words how it felt to sit in a stadium of 25,000 people, watching them experience something that I had been a part of creating. I was completely overwhelmed, reduced to tears (again), relieved and so proud that my determination paid off.

Why am I telling you this? Firstly, it’s to show that my passion for live experiences goes well beyond the traditional but also that one single experience that is expertly produced can have a lasting impact.

In this day and age, many clients have tight budgets when it comes to events and experiential activations. Typically, the majority of the budget will be spent on traditional marketing as opposed to investing in an experience, however, the statistics show that 95per cent  of marketers agree that live events provide attendees with a valuable opportunity to form in-person connections in an increasingly digital world and further to that 93 per cent of consumers claimed that live events had a larger influence on them than traditional marketing tools. So it is our job as producers and brand guardians to educate our clients of what is possible so that they can engage their audiences on this level.