Advertise with us
Posted 8 September, 2014 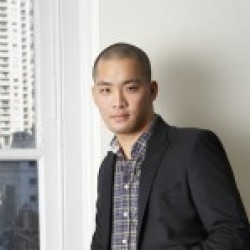 
Businesses need to reconsider their approach to mobile to stop throwing money down the drain, argues Paul Lin from app development agency Bunna.

In the past few years businesses have begun to understand the value and benefits of having a solid mobile strategy and mobile app. From non-traditional advertising awareness and engagement apps, to core business functional apps and process/operations-optimisation mobility apps, there is an explosion of interest from big (and small) businesses alike.

Scoping a mobile app project is a very different process to running a web project, an advertising campaign project, or even a traditional IT project.  The combination of new technologies, a different development process, different legal and security limitations, and a closed Apple/Google ecosystem makes it challenging for people without a mobile background to accurately scope up and plan a mobile project consistently.  And as any project manager knows, accurate scoping and planning is the first step in managing the costs of any project.

Too often in the rush to get started on their mobile apps, companies jump into scoping using the people with the wrong background.

Unlike websites, apps are restricted by the legal and technical restrictions imposed upon the developers by Apple and Google.  Unlike traditional advertising campaigns, where the concept design is not limited by imagination, apps needs to be designed to be functional first (with functionality restricted by very specific technologies), and not purely just beautiful or impressive.  And unlike traditional IT projects, mobile apps needs to be agile and lean, and needs to incorporate user feedback cycles into the project management process.

All of this means that while apps may appear to be similar to all of these other types of projects, it’s not the similarities but the differences that mislead project managers with non-mobile backgrounds in scoping up their project.  And when they miscalculate the time required for critical components than needs to be scoped in (e.g. time needs to be assigned to app store submission, to user feedback, and to User Interface design, etc.) the actual time and costs to develop the app are thrown out significantly, and projects are unable to be completed on time and on budget.

To run successful mobile app projects, a business must understand that it needs to be scoped up and driven by someone that has done it before, preferably a mobile expert that understands the technical, legal, design and marketing issues around mobile development. This way, potential issues are minimised and mitigated at the planning stage, and if anything unexpected occurs, the mobile expert can walk the designers, developers, and other stakeholders through the unique aspects of mobile development, instead of approaching it with a trial-and-error approach as many non-mobile experts tend to do when they run into mobile specific issues for the first time.

In addition to planning, a good mobile expert leading the project can also help to find the right people to implement and complete the project. Just like there are many project managers from other backgrounds who believe they can run mobile projects, there are also designers and developers with other backgrounds who claims they can implement mobile projects. But while the differences between a web user interface designer and a mobile app user interface designer may be slight to a non-mobile project manager, a mobile expert knows the right questions to ask to distinguish between the two.

And finding these right people is the other piece of the puzzle to completing a mobile app project profitably.  Without finding the right people, the project may run over budget and time due to the mistakes that these non-mobile developers make during the development process. For example, a true mobile-app UI designer understands Apple and Google’s technical requirements, and the difference between the design of a button that might only take two minutes for a developer to implement as opposed to another which may take an entire day. Meanwhile, a non-mobile designer will design purely based on aesthetics or their understanding of how that button is implemented in web technologies, and it’s small differences such as this that will compound and make a big a difference to the final project time and cost further down the road.