Contact Light, the innovation division of digital out-of-home company XTD Ltd, has announced the international launch of its EMBARK app. The app is designed as a content and utility platform for public transport commuters, of which there are 3 million in Australia alone.

EMBARK is a comprehensive mobile-technology solution that allows people to navigate from their current location to any destination serviced by all forms of public transport including trains, buses, ferries, trams and light rail.

Contact Light is deploying EMBARK as part of an international release of the new platform. The app is now available for use in all major Australian cities as well as in more than 60 cities in 14 countries worldwide. 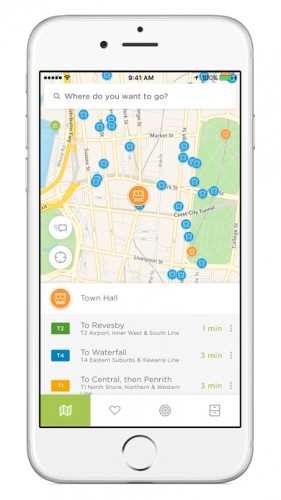 Apple named EMBARK as a ‘New App We Love’ and it features on the home screen of the Apple App Store. In the opening days of release, EMBARK rocketed up the Apple charts to become the fourth most popular navigation app in Australia, behind giants such as Google Maps and Waze. The app will be available for Android devices in the coming weeks.

Contact Light CEO Mike Boyd said, “EMBARK’s capabilities are such that it is fully functional in all Australian capital cities and major regional centres with public transport infrastructure. People who take the free download from the Apple App Store can also use EMBARK in major cities in countries like the USA, UK, Canada, Germany, Spain, New Zealand, Mexico and France.

“With such extensive deployment of EMBARK now underway, Contact Light is now exploring commercial partnerships with major marketers who are reaching for new channels to connect with their mobile populations,” Boyd said.

Contact Light was spun out of XTD in July 2015 to take advantage of major opportunities in the rapidly growing digital out-of-home and mobile technology industries, with XTD retaining a controlling interest of 52%. Earlier this year, Contact Light announced the launch of the Edeo app with Curtin University in Western Australia, enabling intra-campus transport tracking, wayfinding and custom campus maps with levels of detail not seen in Google or Apple Maps.

Steve Wildisen, CEO of XTD and Chairman of Contact Light, said the company was delighted with the launch of EMBARK and the prominence given to the app by Apple. “We are developing a suite of technology products under the Contact Light brand, all of which are world-leading in their capabilities,” he said.