In this guest post, Pollinate’s Daniel Bluzer-Fry (pictured below) admires brands who take a stand, but asks how far are they actually prepared to go in the tense times we live?

The 2010s were quite the decade to observe when it came to sustainable business. From the explosion of books like “The Responsible Company” through to the growth of the Shared Value Project and the B-Corp movement, momentum in this space has been building for some time. 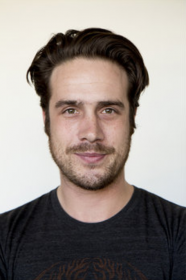 From championing the internal benefits of employee retention and productivity for brands that live by their own ‘progressive’ values and have a ‘meaningful’ purpose, through to driving brand preference and meaningful connection with with consumers, many businesses have been working to ‘get with the program’ and future proof themselves … or at least do a bit of purpose washing in an attempt to make us believe that they’re on the right track.

Here in Australia, there seems to have been a genuine shift in attitudes recently. Data from Pollinate’s 12 year tracker ‘Pulse’ – which focuses on studying the tensions and attitudes of Australians with a focus on sustainability – revealed 2019 to be the year that Aussies, for the first time, were more concerned about climate/global warming, that the cost of living. In this present moment, more Australians than ever before are willing to make sacrifices themselves to address the challenge at hand.

But whilst sustainable business practices have the potential to generate competitive advantage for a number of businesses,  there is a rising question mark that stands to only become more pronounced in the next decade of ‘the Asian Century’. For many a brand, a growing focus on the unprecedented growth opportunities offered in Asia – of which China is at the epicentre – is inevitable.

Yet in 2019, we began to publicly witness what will inevitably become a bigger tension in the future, which is brands who purport to have a sustainable / woke orientation struggling to authentically maintain their status in the eyes of western consumers as a result of pursuing growth in countries with ideologically and culturally different standards and expectations to those embraced in the countries they were built in.

A couple of months ago, we witnessed a very public flashpoint on the back of the Houston Rockets’ CEO standing in solidarity with protesters in HK. The fallout of the since deleted tweet saw the NBA in a standoff with China (with the latter demanding a public apology), Nike pull Rockets merchandise out of Chinese distribution points, a handful of NBA stars associated with both enterprises (chiefly Lebron James) embroiled in controversy when it came to establishing a position on HK. For a sports league considered to be the world’s most ‘woke’, and a leading sport brand that recently rode a stock bump for using a athlete activist with the tagline ‘Believe in something, even if it means sacrificing everything’, the dollars tied up in China make it difficult near impossible to live their “values” – it would be an economic disaster for both of these businesses to be pushed out of China for imposing Western viewpoints on democracy and human rights.

We got another brief dose before most folks went on holidays, when star Arsenal striker, Mesut Ozil (himself a Turkish Muslim) called out China’s treatment of Uighers in Xinjiang. Arsenal were quick to put out a release stipulating this was Ozil’s personal opinion. And after Chinese broadcast media briefly suspended televising Arsenal games, the games were shown again (although commentators reportedly did their best to avoid mentioning the star’s name)

Yet Nike and the NBA aren’t typically poster children for the ethical business movement.  But it feels like it’s only a matter of time before more of the so called ‘leaders’ of sustainable business may find consumers in the west questioning their appetite and integrity to live their values in today’s hyperconnected, global world.

Let’s take for example Patagonia – everybody’s darling when it comes to ethical business (given their historic orientation to environmental conservation).  For some time, Patagonia have been incredibly active in condemning political decisions that are leading to environmental degradation all over the world. A couple of years ago, for instance, they blacked out their website landing page to inform American visitors that ‘The President Stole Your Land’ in relation to the President’s decision to reduce the size of Bears Ears and Grand Staircase-Escalante National Monuments.

And whilst they should be commended for their efforts across the board, the question that looks set to flare up in the next decade, is that for a brand with their values and practices, at what point do they find themselves in a similarly compromised position to Nike and the NBA for towing the line?

We know for instance, that China is the world’s largest greenhouse gas emitter. What is less commonly known, is that the Tibetan Plateau (regarded as the most important glacial region in the world behind the Arctic and Antarctic), is one of the most fragile, high altitude ecosystems and source of the earth’s eighth largest river systems … which earlier this year, China announced plans for massive expansion of hydro dams and power grids throughout. This has invoked some severe concerns for the water security of Asia this seismically unstable region.

I don’t think we’ll see Patagonia making any commentary on this issue anytime soon. Why? Because the brand is distributed in China, and furthermore, they have part of their supply chain in China. One would imagine that using their voice and live to their values would inevitably result in them being penalized in some way/shape/size form. Does it feel particularly authentic for the Patagonia we know (and in many cases love) to take a back seat when the stakes appear so high? It seems like an odd double standard at a minimum.

It’s worth noting that in the same universe of ethical businesses is Natura (a Brazillian B Corp cosmetics holding company), who themselves are facing a different tension through not wavering on their core principles despite different cultural expectations and regulation. Natura recently acquired a majority stake Australian very own Aesop and also have a controlling stake in another Aussie icon in The Body Shop. On the back of animal product testing laws in mainland China, both of these brands have not been distributed beyond Hong Kong. But this appears to be a significant problem for the company, which wrote a loss in 2019.