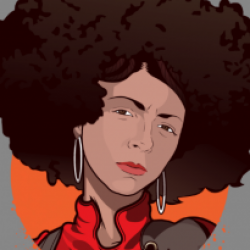 The campaign introduces the term ‘Superannuatiummm’ to highlight the indifference Australians have towards the various aspects of their super.

The campaign launches with a series of four 15 and 30 second ads that capture the diversity of Australia’s superannuatiummms in everyday situations. Each spot is brought to life by Australian comedic actor-writer Darren Gilshenan.

Says Chris Kenny, ING DIRECT’S head of marketing,“ING DIRECT recognises Superannuation can be a challenging topic and it often doesn’t get the scrutiny of other financial products people have. We found Australians are often simply unaware of many aspects of their super, with questions around fees to investment types and the ease in which they can consolidate their super.”

Supporting the campaign is an online platform ingdirect.com.au/livingsuper that uses an ‘ummm’ search engine to answer a variety of super questions using simple and direct language. ING DIRECT’S Superannuation specialist, Tim Hewson also features in a series of ongoing Q&A videos. The site is also trialling the speech recognition capabilities of Google Chrome to enable users to get an answer to their ‘ummm’ by speaking into their microphone instead of typing.

Says Ashadi Hopper, Soap Creative’s executive creative director, “Super is rarely top of mind until it becomes a necessity. There’s no urgency to act because the problem today is the same problem tomorrow and there aren’t any penalties resulting from inaction. We decided that to overcome this inaction, we would bring super into everyday situations to spur action in a playful way.”

The campaign launched nationally on 18 August 2014 and the first three ads can be seen on YouTube from today: