In this guest post, Leo Burnett Sydney’s integrated strategist, Bryan Wilmot, points out that all this disruption that’s happening to business at the moment has been happening in the universe ever since the Big Bang…

(Note: Leo Burnett will guest edit the upcoming “Innovation” print edition of B&T due out in April…)

I don’t need to tell you that disruption is a hot topic. The ability to radically change or kill categories in an instant is what’s motivating the explosion of new companies and terrifying the CEOs of existing ones. But what’s the formula for disruption and what’s the difference between the born-modern companies doing it and the legacy companies feeling it? The reality is there are a number of factors, but below is one thought. 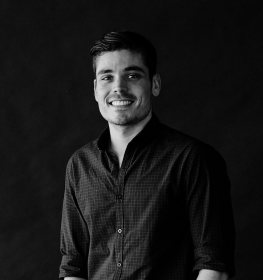 I’m a firm believer that a cosmic metaphor exists for almost everything human. Bear with me here. For example, consider individuals in society. We can only perceive the world from our aspect. We exist inside a network of people who exert influence over us, and who we exert influence over in return. We’re the centres of our universes (not in a selfish way) and every other human is the centre of theirs with his or her own aspect, networks and influences.

More relevantly to the topic, I think the perfect cosmic metaphor for the phenomenon of business disruption is natural selection. Natural selection has two key components: an environmental change and a genetic ‘innovation’. If this genetic innovation helps a species adapt to the changed environment, they survive. For example, polar bears who started out as brown bears. In the arctic – a new environment with snow, not trees – those with the genetic innovation for lighter fur could camouflage and sneak up on prey more effectively. Eventually, the lighter bears thrived (and reproduced) and the darker bears died out. This, in opposite, also explains why brown bears are more successful in woodlands.

In this analogy, companies are the species – each with different genetic make-ups – and the market context (consumer demands, available technologies and so on) is the environment. Disruption is simply the inevitability that as the environment changes, some companies will adapt to it through innovation and be better suited for success.

This isn’t a new phenomenon. For example, Henry Ford disrupted transport by using new technology to innovate a new gene for car manufacturers – affordability. The difference today is that market contexts change so rapidly that something is disrupted everyday. So how do you thrive in this ever-changing world?

To try and understand, let’s look at the well-trodden example of Uber and taxi companies. On the surface, when Uber disrupted, it appeared to be the same thing – a transport service – just far easier to use and delivered in a revolutionary way. But the reality is that Uber was never a transport service. Uber is a connection point between people that want something and people that will do it. As a result, they can diversify into a seemingly endless number of categories and disrupt each one; food delivery, couriers, flying services, the list goes on. Taxi companies on the other hand train, license and offer Taxi drivers to the public and therefore can only be and always will be taxi companies.

Their true differences have nothing to do with transport. The difference is that Taxi companies are oriented around a specific service, where as Uber is oriented around a more generalised core competency; a process; a way of working; (what the French call a certain…I don’t know what) which enables them to supply any service that has a demand.

And it’s not just start-ups that can achieve this. Take Fujifilm, being disrupted by digital photography itself, used core competencies to diversify into other products. Fascinatingly this included a move into cosmetics using chemical processes they’d developed to keep photos from fading.