In this opinion piece, Michael Gill the principal advisor with ChangePond Technologies and counsellor with global business advisory firm Dragoman argues that if the TV media overseas is any indication, Australian players are in for a rough and rocky 2016…

Consumers take a while to fuel, but when they get a tank full all bets are off. That’s one lesson of digital disruption to date. Management consultants refer to it as the boiling frog moment: slow raises in competitive heat go unnoticed – and suddenly the frog is cooked. 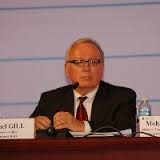 Subscription TV and maybe even free-to-air TV are facing challenging times in 2016. We have heard plenty about Netflix. But very soon we’ll also be hearing much more about HBO, Amazon, Google and maybe Alibaba as players in the business of video on demand.

In this context, pay TV is something of a sitting duck. Consumers pay high prices for a large number of often unwanted channels and a content offering that is programmed rather than on demand. Netflix offers a wide range of content that may be watched at any time. In markets like Australia where the cable monopoly bundle is less than rich in its offering, Netflix has cleaned up.

A clue to just how much pressure is on was in the fact that Foxtel/News/Telstra coughed-up unprecedented sums for the rights to both AFL and rugby league. It’s worth noting that both the AFL and NRL have become increasingly careful about managing digital rights – a perhaps that the value in a future contract might be much more about streaming video.

Another surprising event was the decision of all free-to-air networks to flag or in some cases enable steaming video of their channels – all of which had been bundled in Foxtel’s cable plan. What would happen if they followed the ABC and offered an on-demand option? Maybe it’s too late in any case.

Assuming that international trends reach our shores, we should expect that Amazon Prime, Google Red and HBO will at some point crack the incumbent content rights in Australia and elsewhere to begin serious competitive inroads. HBO is in fact the market leader, but was restrained from rapid rollouts of its own direct offerings by the profitability of its established cable contacts and the success of shows like Game of Thrones. HBO has bitten the bullet and, as a result, it’s now the biggest asset in Time Warner.

Google Red has yet to show its colours, but its intent was made clear enough when the content owners of all existing offerings in YouTube were required to sign up for its streaming plans. Amazon Prime offers entertainment in its subscription bundle, which ties in regular clients and is designed as both a loyalty program and an underwriting of its urban delivery model. Amazon has begun to commission exclusive content and its Chinese doppelgänger, Alibaba, is on a similar track.

All of these scenarios have begun to play out internationally. In Japan, for example, local content owners have scored a very large increase in value as the new entrants chase what is an essential for that market – local content. In fact Netflix doubled down in the case of animae productions, which it has decided to include in its international platforms.

In Australia, one cause of acceleration is likely to be the competitiveness of the data market. Until recently, there was very little. But in 2015 we saw a sharp rise in price tension and a noticeable willingness of the market leader – Telstra – to promote volume at lower prices. Uncapped plans are now common and that has to be a big incentive for users, once the value offerings like Netflix arrive.