Over the last decade, more and more businesses have invested in “innovation labs” and created initiatives to encourage “innovation” within their companies.

Speaking at Ad:Tech in Sydney yesterday, Sir Ray Avery (pictured below), pharmaceutical scientist, inventor and social entrepreneur told the audience what it’s all about and why the Kiwis are the most innovative country in the world (he’s a New Zealander himself). 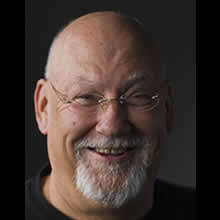 It’s widely accepted that innovation is necessary for a business to succeed. This also means looking to the future and anticipating needs that may not presently exist.

That said, Avery argues that human beings and our emotions don’t really change. Telling a good story that connects with people, is as relevant now as it was in the 1900s.

The star of last year’s ANZ ad “Rebel with a cause”, argues that societal change drives consumer behaviour. Companies have to evolve and develop to keep up so it’s important to be customer-centric, not focus on your product.

BSA Motorcycles in the UK was originally a rifle manufacturer that moved into motorbikes after the decline of the gun industry after WWII. This is a great example of how businesses can listen to consumer demand rather than focus on what you’re selling.

According to Avery, innovation boils down to the “power of observation”. All that is needed is for one person to see something that no one else sees. It’s “thinking about stuff”. He argues that we too often get consumed with the product that we miss the big picture.

His second point on innovation is that it takes place at the periphery of society, not the middle.

Power to the Kiwis

Avery claims “New Zealand is the most innovative country in the world but they don’t tell anyone about it” citing examples like the hypodermic syringe, the whistle in sport, and the Kiwis role in the invention of animation in film as some of their (little-known) achievements.

He thinks there are three key reasons for why the little country on the “edge of the world” is at the forefront of innovation:

(ii) Have no respect for the status quo.

So apparently we have more to learn from our neighbours than just how to play rugby.

Change and predicting the future

Bill Gates predicted that tablets would be the most popular form of PC and that print would die. Will it happen? Avery says no. Will we all be using driverless cars in the next 10 years? Again he argues no.

According to the scientist and social anthropologist, when it comes to health, transportation and many other areas, the reality is that change happens at “iceberg rates”.

Avery informs us about a steel rod that can be inserted into the roof of your home which will power Velcro lights that can be stuck and moved throughout your house. This would eliminate the main need for electrical wiring. Apparently this technology exists now. But it won’t be used now. The construction industry simply  isn’t ready for it.

It circles back to the recurring argument from Sir Ray, that humans and our emotions limit change.

We are programmed to read from left to right. Our chairs may evolve but they’ll remain the same height from the ground. Human emotions (laughing, crying, fear) don’t change.