In this guest post, Claire Waddington (pictured below), Marketing and Communications Manager Aust/NZ at Isentia, argues the election has been one big ‘bloke fest’ to the detriment of a number of important issues…

By virtue, the media is a pervasive and powerful tool for election campaigners. Ultimately, a vote relies on communication; as such new policies and agendas are trumpeted via media doorstops, polls and public debates – and then disseminated to the public with thoughtful commentary from well-meaning and seemingly well-informed journalists. 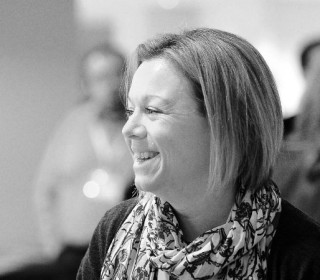 As we head to the polling both tomorrow it’s important to ask – how much influence do male-centric newsrooms have on the way we vote? According to Isentia’s recent research into Women in Media, we can safely assume ‘a lot’.

Australia may have been a leading nation in suffrage, but it’s no secret that women are drastically under represented in Government at a mere 30 per cent. The disparity, however, is even more apparent in political media. Despite women substantially outnumbering men in journalism training and making up almost half of the reporting workforce, a startling 74 per cent of political journalists are male. This gender division by subject matter becomes more concerning when female sources cited in political news sit at just 15 per cent.

With this in mind, it’s hard to imagine how female voters are hearing the big issues without gender bias. Are the reports simply the quotes from a doorstop that most strike a chord with male reporters, writers and producers? Do the 26 per cent of journalists who are female have their ears prick up at different parts of a political press conference?

With such gender inequality in the industry it’s difficult to tell.

How much of the political news agenda reflects women’s issues? We’re constantly hearing reports on campaign ‘big issues’ – growth, jobs, secure future and innovation – but do they truly reflect women’s issues? Yes, these issues affect the female population, but there is far less reporting on the likes of equal pay, education and childcare – the areas typically dominated by females.

In this election campaign, we have been readily reminded of what male journalists think female voters are interested in. There’s been more talk of Julie Bishop’s wardrobe, Michaelia Cash’s backpacking adventures and Lucy Turnbull’s penchant for toy stores than blind hiring and diversity units proposed for the public sector.

Of course with this we are up against a significant cultural shift that will certainly take time – years, maybe decades. But if there is one thing we can do now, that is be aware. While we like to think we’re a media- savvy bunch that know the tricks behind the trade, it’s important to ask ourselves why we’re formulating the opinions we are and who have we been influenced by.

Keep your own log in the back of your mind of the social commentators you listen to and take note of their gender. Could their opinions be swayed based on being male or female? Many factors help formulate personal opinions but the gender debate is certainly one I’m keeping a keen eye on as we head to the polls this election.

Before you arrive at the polling booth on Saturday, ask yourself, whose opinion are you voting with?