With Friday’s historic announcement out of the US and a reported 72 per cent of Australians supporting it, same-sex marriage has clearly become the social issue of the day.

But where does all that leave the ad industry? An industry that, it has to be said, tells its high-paying clients that it’s on top of – and ahead of – the social zeitgeist

Sure, the gay and lesbian media in Australia’s always had bespoke ads – think condom brands, V energy drink or GAYTMS – but the idea of same-sex couples in mainstream ads is yet to resonate at all with clients, agents and audiences. 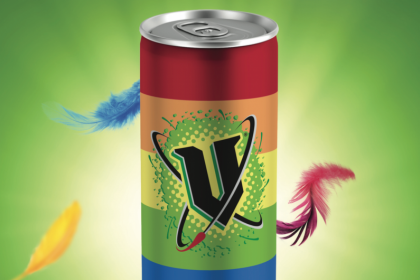 How far off are we from seeing TVCs with two gay men kissing over frozen corn, two lesbians snuggling in Qantas business class or a gay dad changing a nappy?

And it’s not like corporate Australia’s not on board. In late May, 50 of Australia’s biggest companies – including Qantas, Westpac, CBA, Optus and Google – took out full-page newspaper ads declaring their support for marriage equality in this country. 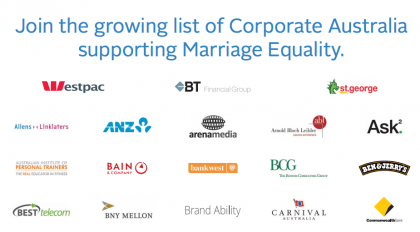 Ironic that they’d show their support yet not feature same-sex couples in any of their ads, no? Are brands simply too shit-scared a campaign featuring a same-sex couple could actually backfire?

Psychologist and Cummins&Partners global strategy officer Adam Ferrier predicts that we’ll see a “gay couple, for a mainstream brand within a television ad within the year”.

And will it be for shock or will it be sincere? “Sure, a brand could do it just to shock or they could realise that 70-odd per cent of Australians support gay marriage or they could do it for aspirational associations with a particular lifestyle; I am sure it’s just around the corner,” Ferrier told B&T.

Steve McArdle, managing director of creative agency BMF, is a little more circumspect. “Advertising can be a little risk averse and a bit conservative,” he said. “Particularly when it comes to TV advertising; it’s quite mainstream, the budgets are very big, so those bigger brands are far more conservative.

“But you are right. Advertising has always reflected changes in culture but on same-sex marriage I’d agree the industry has been left behind,” McArdle said before agreeing that the idea is nothing new in soap operas, movies, music videos or other areas of popular culture.

Which begs the question: is the problem of getting more gay couples in ads the fault of the client or the audience that perhaps doesn’t have a stomach for it (yet)?

“I think it’s a bit of both,” McArdle explained. “The client looks at most things through the lens of the audience and they will ask themselves how provocative they’re willing to be. There’s always going to be a tension of wanting to be provocative and then showing that on mainstream television.”

McArdle agreed that “tactical” ads aimed at the gay community had always worked. He cites ANZ’s GAYTMS as “brilliant”. Government advertising too now has a strong push to show a multicultural Australia, so he was surprised that that hadn’t been extended to gay or transgender people.

But Jonathan Pease from brand marketing firm Tongue agreed that brands hitching their wagons to the same-sex marriage cause is not without its dangers. One, he said, if you don’t have a long history of supporting the cause it can come across as very unauthentic. And two, a newfound support for a cause may actually piss-off your existing customer base.

“Yes, I would admit that there are a lot of brands out there that just jump on the issue of the day and that’s the case with same-sex marriage; it’s a hot issue at the moment and I have a real problem with that,” Pease said.

He agreed that the marriage equality debate was fast overtaking breast cancer as the social issue of the day for brands and advertisers, but downplayed the idea that we’d be seeing same-sex couples in lots of campaigns anytime soon.

“I think it will take a long time to catch on,” Pease said. “There are two schools of thought – it could be very daring or very dangerous. Are we ready to see an ad with two men waking-up together in bed? I’m not sure we are right now; but certainly in the next five years I can certainly see that happening.

“Mainstream media and the likes have been showing us gay and lesbian imagery for some time. I think people are increasingly getting used to it, so there’s no reason I can’t see advertisers getting on-board. Again, what brands are brave enough to do it remains to be seen.”

Ferrier adds that it’s going to take a lot to get the first mainstream brand to be daring enough to show a same-sex couple, but when it happens, it could well be very pioneering for the industry.

“There’s a saying in GP circles that says never be the first or the last to prescribe a new drug and the same is true for social causes and marketers,” Ferrier added. “With any cause it’s always risky to be the first to support it and it’s always very risky to support it last. I think with gay marriage we’re about to see the bubble burst and it will become very safe for brands to endear themselves to a cause that is very popular.”

Adds McArdle: “It’s all about risk aversion. If brands think a campaign featuring a same-sex couple might alienate even five, 10 per cent of their consumers then I think brands would steer clear of it. It’s all about the risk/reward equation that clients will look at.

“That is, of course, unless they really want to stir things up and be very provocative and they want to go out there and say ‘this brand is different and it’s more progressive’. That’s the positive side of these things, if the brand wants to say we’re progressive and this is the way we demonstrate it and being a more progressive brand means you are embracing the changes that are happening at the bleeding edge of culture.