Baskin-Robbins is teaming up with Netflix to promote the new season of Stranger Things with a limited edition product range and immersive, mobile-first digital campaign devised by Brisbane creative agency Type + Pixel. 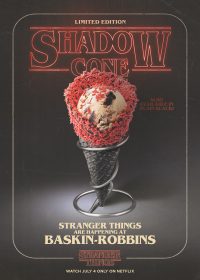 To create an immersive experience for guests and fans of the show, Baskin-Robbins is rolling out dedicated Scoops Ahoy branded packaging across all of its 83 Australian stores, together with a six-strong product-range that includes Eleven’s Waffle Sandwich and the Demogorgon Sundae.

Inspired by the new season plot points around code-breaking, Type + Pixel built an accompanying digital experience through which fans can win a trip to the Stranger Things set by hunting down hidden codes on product and online. 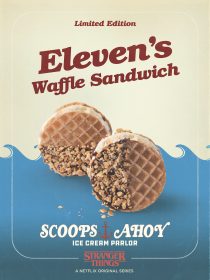 Fans who want to fully immerse themselves in the Stranger Things universe can even order direct from Scoops Ahoy’s virtual UberEats store, or transport themselves to Hawkins via a Scoops Ahoy Snapchat lens, also built by Type + Pixel, that doubles as a competition entry point.

The activity is supported by a digital marketing spend and influencer engagement strategy.

Type + Pixel founder, Darren Walls said: “It was important for us that this wasn’t just another generic partnership where a brand jumps on the pop culture bandwagon: the link between the two brands needed to make sense and feel authentic or fans won’t buy into it.

“We’ve deliberately created multiple touchpoints that blur the boundaries between reality and fiction to enable fans to place themselves inside the Stranger Things world.”