One of the planet’s top tech sharemarket watchers, Mark Mahaney, has told a conference in the US that although the likes of Facebook and Google will continue to soak-up advertising dollars, 66 per cent of current global ad spend actually remains offline (that’s TV, print, Radio and the likes).

Mahaney, who is the MD of the Canadian-based RBC Capital, was speaking about Facebook’s future at the Business Insider’s Ignition conference in New York last week.

He told the audience that the Zuckerberg juggernaut looked like continuing apace, however, he did warn that the 13-18 year old demographic actually preferred Snapchat to Facebook. In all other demographics, Facebook ruled (as you can see from Mahaney’s chart below). Interestingly, Mahaney says of the teen demographic that “nobody views (them) as desirable”! 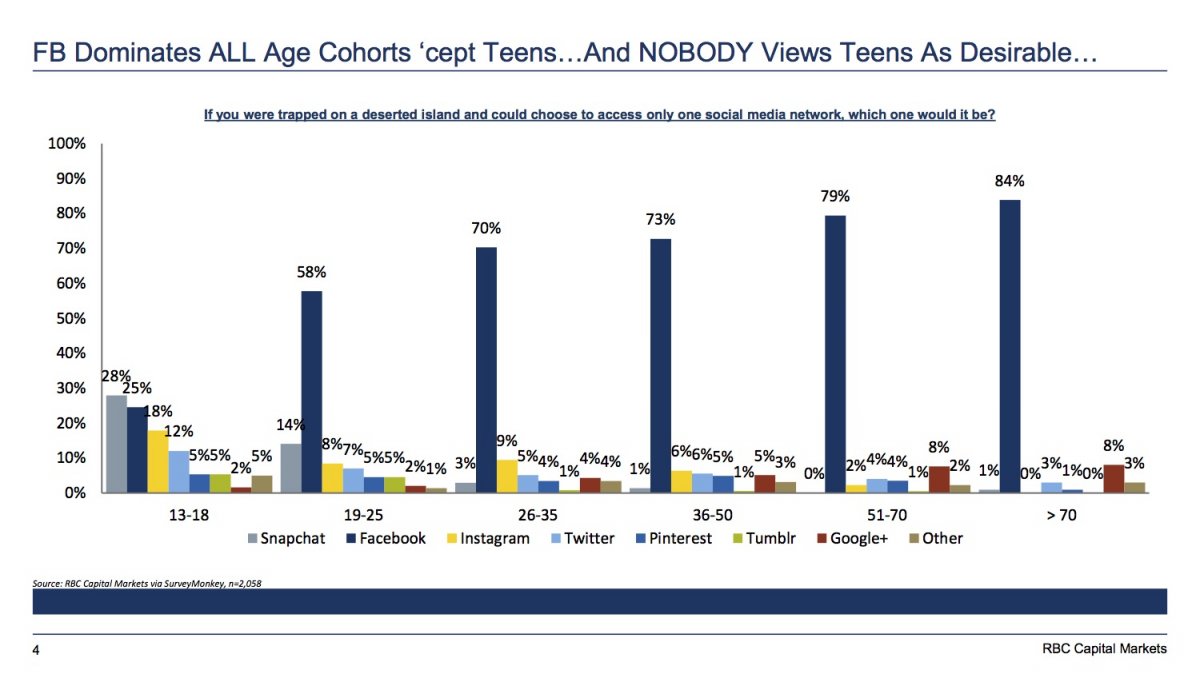 Mahaney added that despite the excitement around the likes of Facebook and its social media cohorts, some 66 per cent of global ad spend in 2016 remained offline. Certainly, there’s been a steady decrease in that over the past decade (it was 91 per cent in 2006). However, that 66 per cent represented some $US400 billion in advertising that was offline. 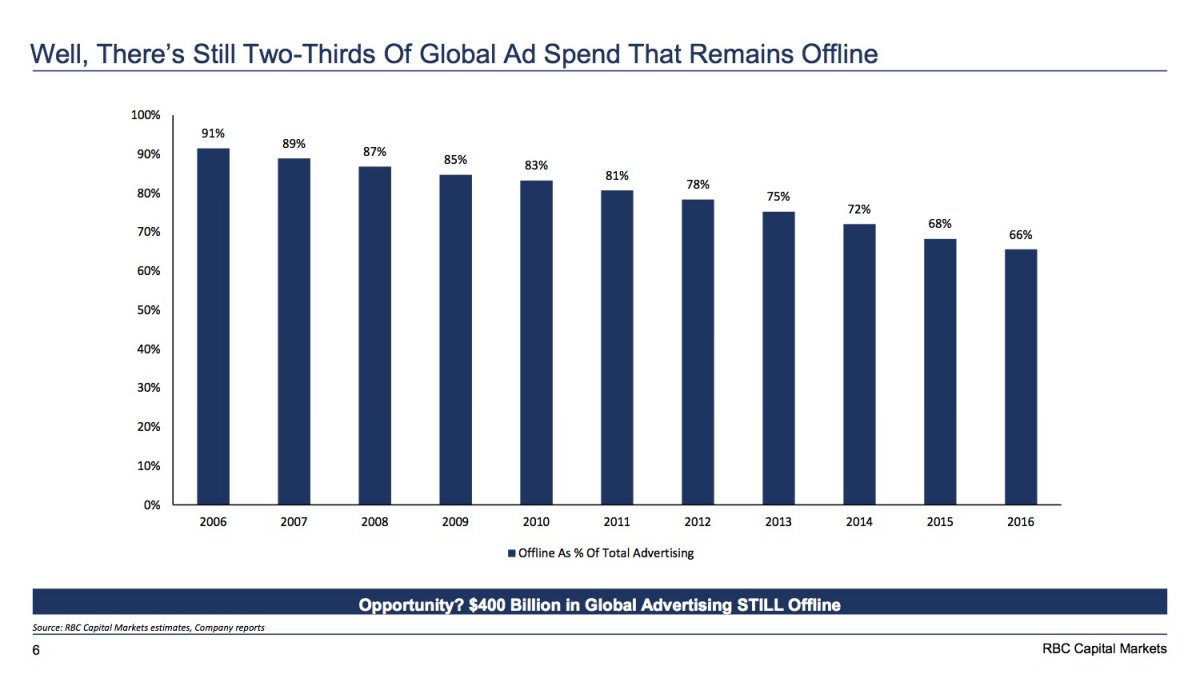 That said, as the graph below shows advertiser interest in Facebook shows no sign of slowing either. 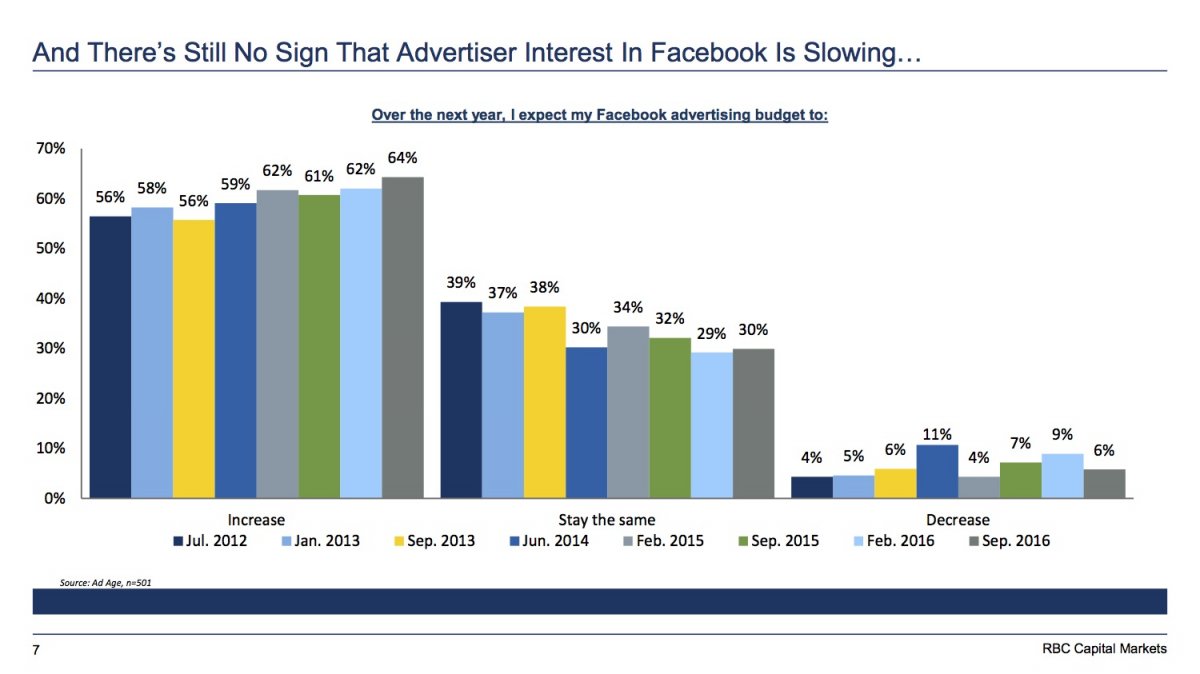 Mahaney also added that all the trends and indicators were in Facebook’s favour to snare an even bigger slice of the ad pie. It was mobile-enabled, strong in social (it is social), offered video functionality, could be bought programmatically, while the business had a stack of cash behind it so it could manoeuvre in a different direction should circumstances change.