If you’ve ever thought that buying bottled water is stupid, you’re not alone, according to the co-founder and managing director of Thankyou Water, Daniel Flynn, who made a powerful presentation yesterday at the ADMA Global Forum.

“I personally think bottled water is a silly product,” Flynn said to the crowd, asking for a show of hands who agreed.

Following almost everyone raising their hands, he asked for another show of hands for who’s actually purchased bottled water before.

“It seems silly but in that moment as a consumer it’s worth it,” Flynn said. “So what if we could turn that dumb moment into a way to change the world?”

Flynn said he’s done exactly that, presenting a complex journey for him and his team to get his bottled water product, which sends 100 per cent of the profits to fund clean water programs in developing countries, stocked, marketed and into Aussie homes.

With $100 billion spent on bottled water around the world each year, and $600 billion of that revenue coming from Australia, Flynn said this was a major market to try and “change the world”. 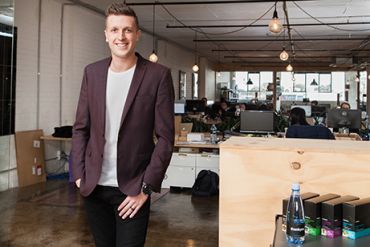 “The status quo is the way things are or have been done and sometimes we need to high five the status quo in the face with a chair,” he admitted, detailing the struggle to get to where the company is today.

Flynn and his team launched a couple of viral YouTube campaigns to get first 711 to stock the water, and then Coles and Woolworths. The latter campaign nabbed a total campaign reach of 15.51 million, and resulted in both supermarket giants agreeing to stock the product mere hours after the Thankyou Water team pitched to them.

They also used a few unique guerrilla marketing tactics, such as flying the following banners over the respective supermarket HQs. 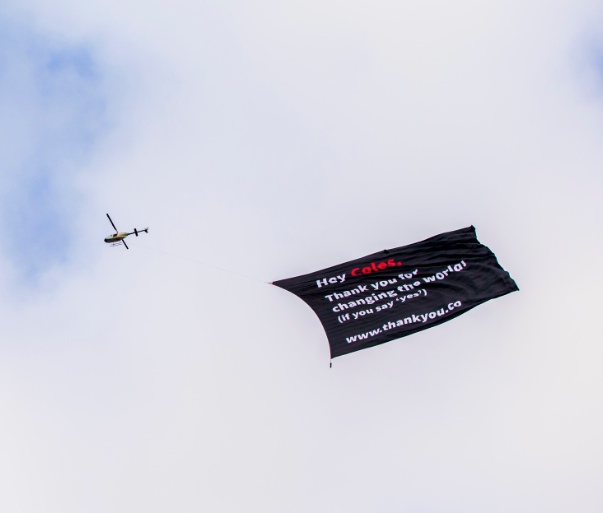 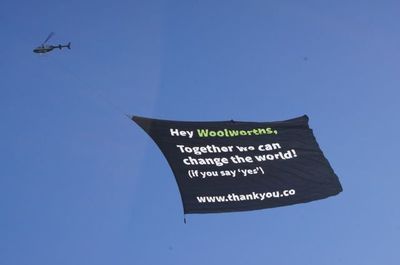 Referring to the image of a circle, Flynn said, “This circle is your comfort zone but outside of this is where the magic happens.”

The team has now launched a whole range of Thankyou products, from superfood muesli bars to body lotions and now baby products and nappies, as well as their book, ‘Chapter One’, which was sold at a ‘pay what you want’ approach in airport bookstores. Flynn said one airport store called him and said it exceeded all book launches except for Harry Potter, which proved the payment model worked in retail stores.

For more on the Thankyou Water team’s future and journey, check out this video on their Chapter One launch to pick up a few sustainable, feel-good marketing strategies: