To celebrate The Monkeys ticking over ten years of independent creativity, Semi-Permanent founder and director, Murray Bell has curated Made By Monkeys, a 391-page limited edition book showcasing the creativity, culture and commercial trajectory of The Monkeys.

Bell admitted he was drawn to the project due to his shared passion for challenging the status quo and a longstanding relationship with The Monkeys co-founders, Justin Drape, Scott Nowell and Mark Green.

“My first business memory of these guys is when they needed some emergency Photoshop help on a Foxtel job and since I was the closest thing to a designer on hand, I remember being roped into it,” Bell said. “It was early days and pretty much just the three boys… to think they have grown to 120-plus staff with such a great body of work is a real credit to them.”

Made By Monkeys also gives longstanding staff, valued clients and industry partners a platform to reflect on how they have been a part of the agency’s 10 years in business. One telling section of the book is a spread of uncensored farewell emails from former Monkeys who have flown the nest. Their words of appreciation, general banter and comradery speaks volumes about a culture you’d be hard pressed replicating in many work places today.

sneak peek at Made By Monkeys : 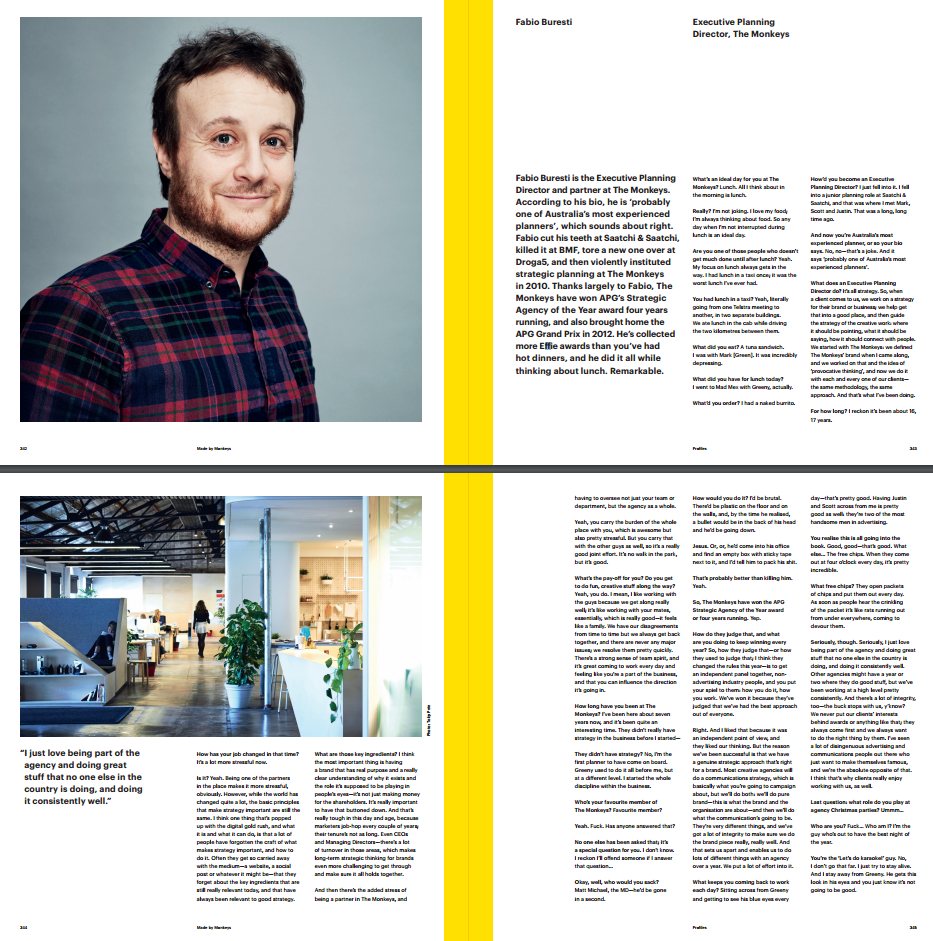 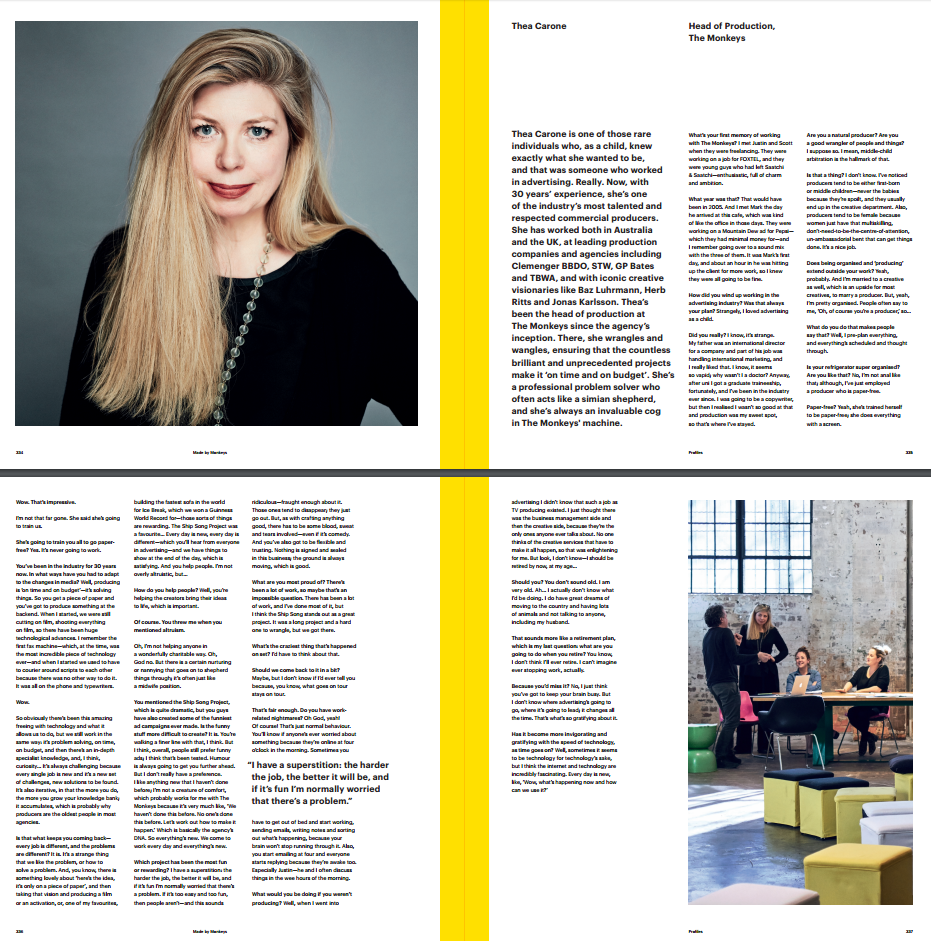 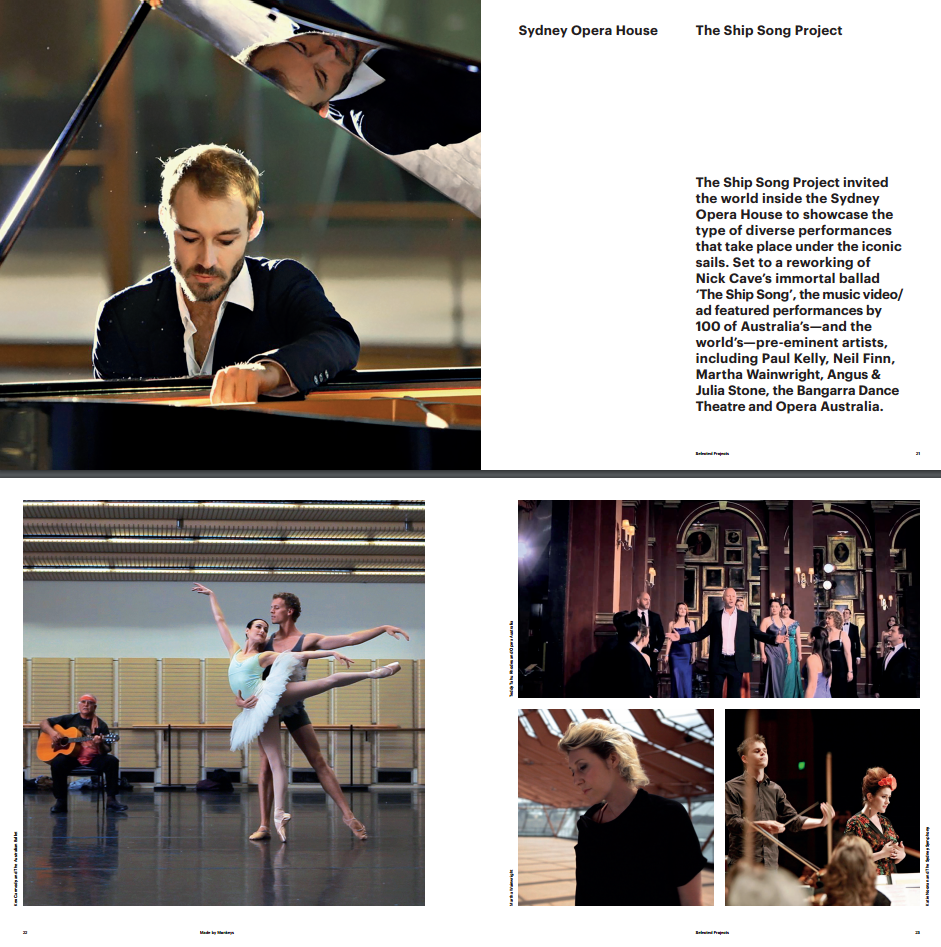 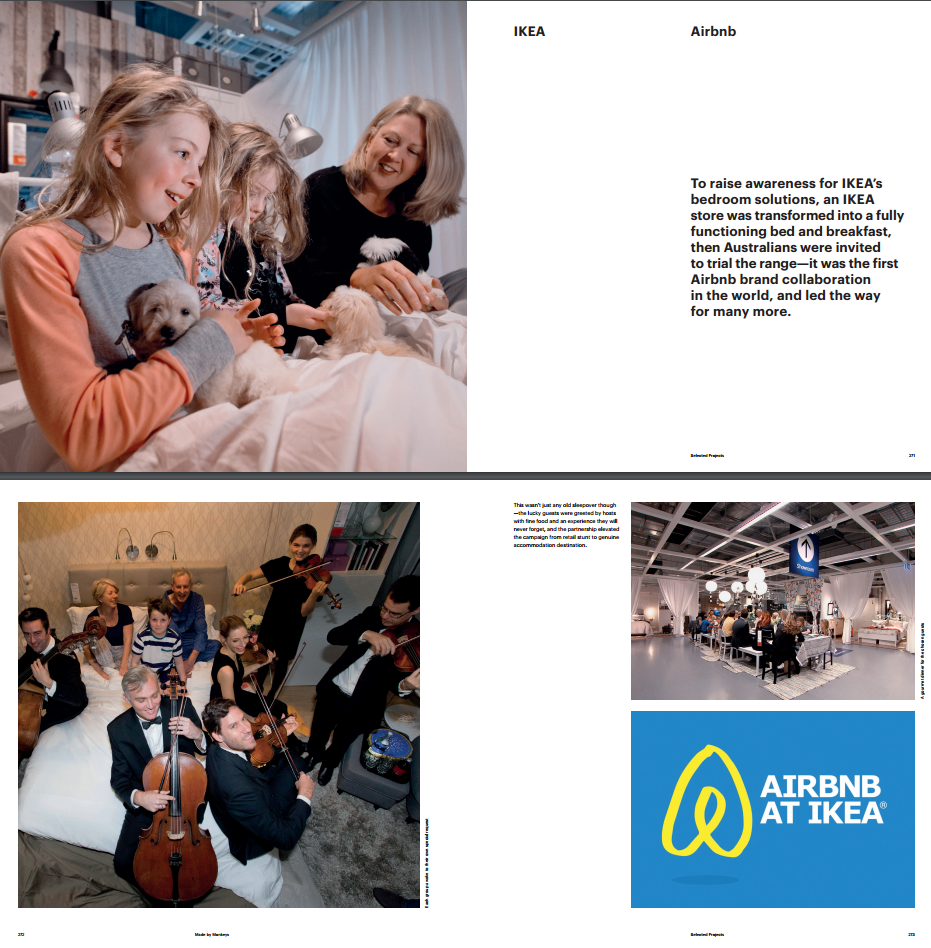 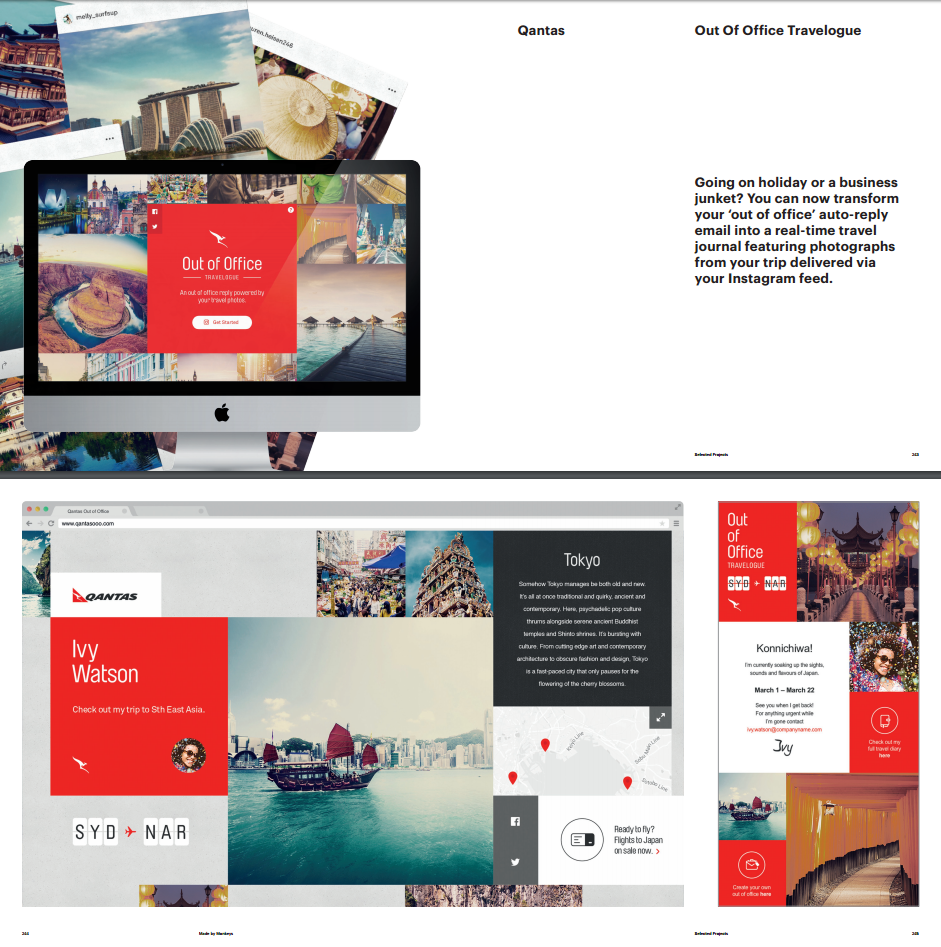 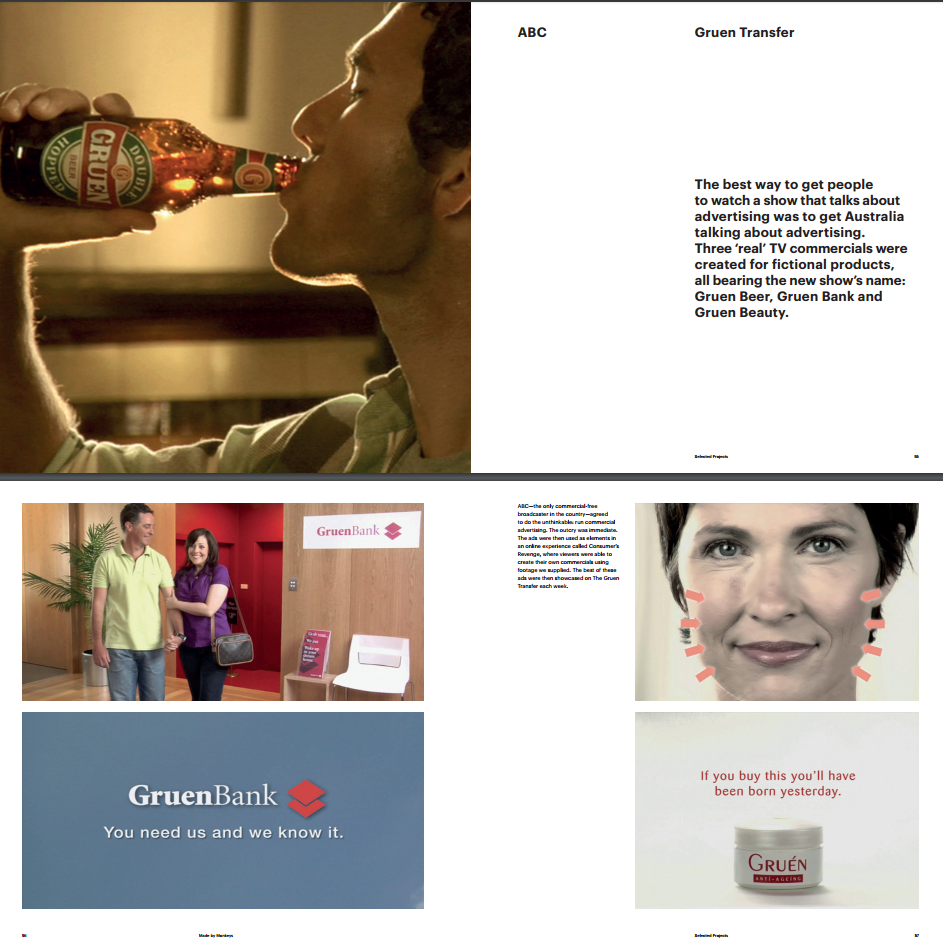 Bell believes The Monkeys’ long-term commercial and creative success boils down to a few defining factors, including the founders’ ambition to influence popular culture by being bold and inventive: “As an agency, they never rest on traditions and the way they create and bring ideas to life is organic. Decisions aren’t being made out of fear and are always born from a really honest and exciting place.”

In his opinion, the advertising agency model continues to evolve at rapid speed and The Monkeys’ ability to shepherd this change is what continues to draw him closer to the agency.

“As collaborators and speakers at Semi-Permanent, the culture and direction of their brand is what I can relate to. The idea always comes first and it is then strategically married with a business objective – this philosophy has been their northern star, and much of their success is a result of championing both ideas and understanding their clients’ commercial goals.”

Positioned at the nexus of ideas, entertainment and technology, The Monkeys is now known as the creative brain’s trust behind some of Australia’s most pre-eminent brands – think Qantas, Telstra, IKEA and Blackmores. And whilst the new book highlights standout campaigns, it also chronicles adventures beyond adland, including the creations of sitcom :30 Seconds (in collaboration with Andrew Denton), acclaimed SBS series My Family Feast (in collaboration with Hopscotch Films and Benchmark Films), through to part owning and re-launching premium ice cream brand Homer Hudson and creating and producing a documentary on 1980s cult icon Mambo.