Taste believes that all industries should be accessible to those who want the chance to be included, and is passionate about pioneering a way to make the professional creative industry more inclusive. 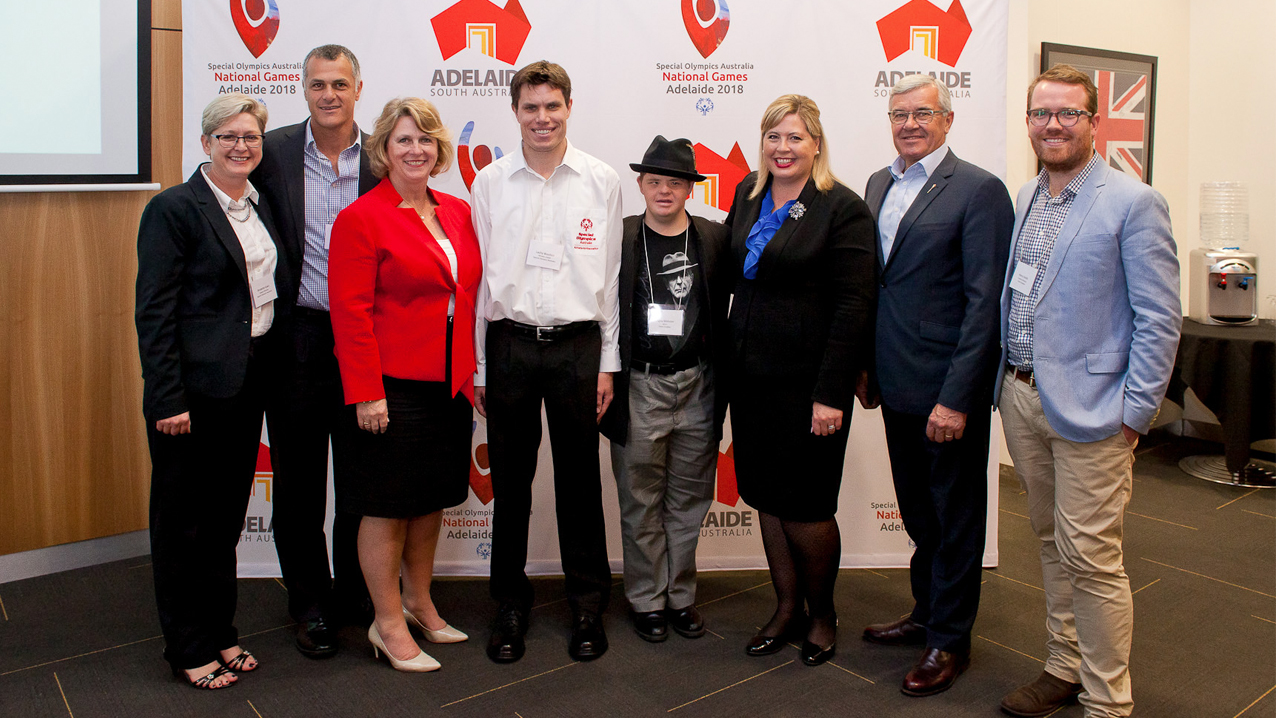 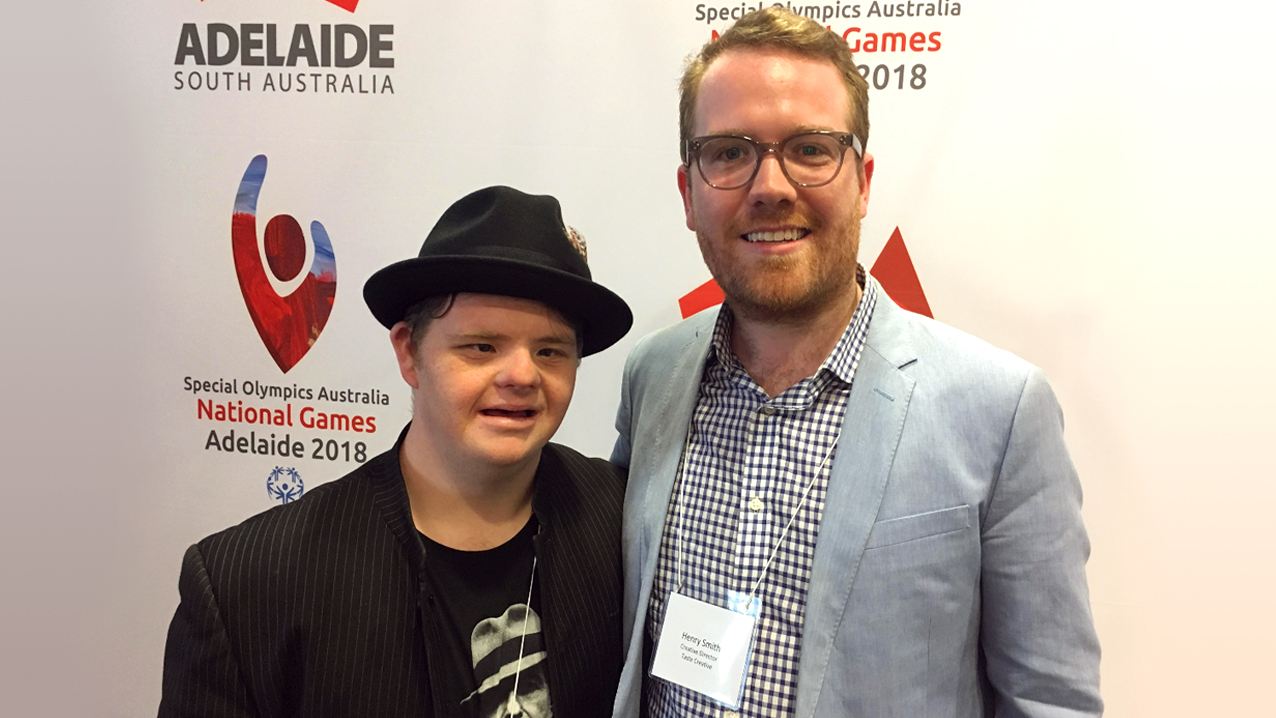 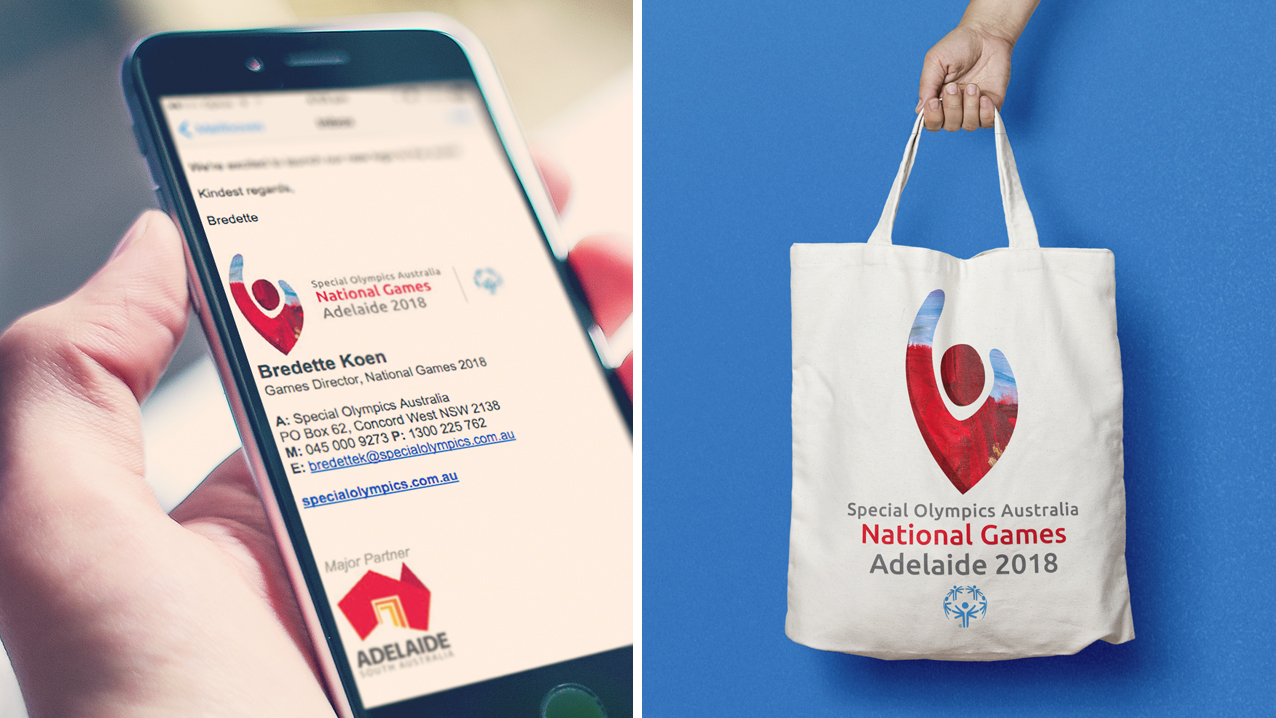 He recruited renowned Sydney-based artist and long-time Taste Creative affiliate, Digby Webster, to bring the logo to life. Known for his bold and colourful oil pastel and ink artwork, Digby is an artist with down syndrome and has had his work showcased in an impressive number of exhibitions across the country.

Working closely with Henry, Digby painted his creative expression of South Australia, the recently announced host city for the games, in oils on canvas.

Digby Webster, the artist said:“I am very excited and very happy to do this. I have never done something like this before. It is big and amazing and I loved working with Henry at Taste.”

The paintings Digby created capture the texture, colour and vibrancy of South Australia’s offering superbly, while the 2018 Special Olympics National Games identity silhouette captures the joy of movement that comes from sport.

The triumphant stance evokes imagery from many Special Olympics sports, such as athletes victorious at the finish line, slam-dunking a basketball, leaping for joy out of the pool, and an athlete’s coach and family cheering from the sidelines. The simple silhouette celebrates the joy, enthusiasm and character of the Special Olympics.

Bredette Koen – Games Director, National Games 2018, Special Olympics Australia said: “We’re thrilled with the final outcome of the identity and are proud to bring the first inclusive logo to life.”

Henry Smith – Creative Director, Taste Creative said: “We have been leading ‘inclusive filmmaking’ with our sister company, Bus Stop Films, for seven years now, so launching out to create an inclusive design and identity was a wonderful opportunity, and a blast to work with Digby!”