Advertise with us
Posted 4 February, 2020


2020’s Super Bowl has been run, won and advertised in, Shakira and J Lo shook their half-time booties and the Kansas City Chiefs took home its first title in 50 years beating the San Francisco 49ers 31-20.

Off the field, it was the most profitable Super Bowl – in terms of ad spends – on record.

According to data by digital research firm Kantar, the 54 brands that advertised during yesterday’s match spent a combined total of $US435 million ($A650 million). Arguably not hard when a 30-second spot costs just shy of $US5.6 million.

Other stats to come out of the Kantar data included:

According to TV data, Amazon’s Super Bowl spot starring celebrity couple Ellen DeGeneres and Portia de Ross was the most-watched ad of the day. It ran at 10pm at night and, according to Brandwatch, had 39,000 social media mentions. Check the spot out below:

However, the most effective ad was Google’s tearjerker “Loretta” (watch it below). According to ad measurement firm Unruly, it was the most effective spot in terms of engagement and metrics such as enjoyability and purchase intent.

In terms of social media reaction, Bill Murray’s reprisal of Groundhog Day for Jeep got most people commenting. The ad received 47,000 online mentions and, according to online tracker Talkwalker, that represented six per cent of all the Super Bowl “chat” yesterday.

Meanwhile, social network Fishbowl enlisted tens of thousands of adland professionals to participate in an industry-wide discussion about the Super Bowl ads on the network. The collective pick was that Jeep’s efforts were the best, narrowly beating Google’s tender spot.

When it came to female representation in ads this year, women appeared in 90 per cent of the spots featured, which was up from 74 per cent in 2019.

Arguably the biggest dud of the day was Hulu’s effort starring New England Patriots quarterback Tom Brady. The ad was to promote Hulu’s live sports streaming service, however, the service crashed just as the Super Bowl started resulting in a 2100 per cent increase in social media comments after users vented online over the connectivity issues.

So, how were yesterday’s viewer numbers? According to The Hollywood Reporter, yesterday’s game pulled 99.9 million linear TV viewers, making it the second least watched Super Bowl in the last decade. However, that does have a lot to do with the popularity of the teams. When accounting for multiplatform-viewing, Sunday night’s big game drew 102 million total viewers.

Despite the declining numbers, the Super Bowl remains America’s most-watched annual event by a country mile. Interestingly, it remains a very linear TV property, with streaming remaining a small part of its viewership. But with TV rights up for grabs in 2022, that may change significantly. Here’s the game’s streaming numbers since 2012:

But for many, the true success of any Super Bowl is in avocado sales. Why? Because the traditional food of the Super Bowl fan (beer aside) is guacamole with much of the crop (90 per cent) coming from neighbouring Mexico.

This year the Mexicans exported a record 34 million kilos of avocados across the border in the two weeks prior to the game. An increase of three per cent on 2019.

When it came to beer sales, according to the Beer Institute (see infographic below), Americans stocked up on $US1.2 billion in beer prior to the game. That easily beat wine sales at $US652 million and sales of spirits at $US568 million.

Not that it was all great news for beer. Sales of draught beer – that’s tap sales in bars and restaurants – were down 1.3 per cent during yesterday’s game compared to 2019. 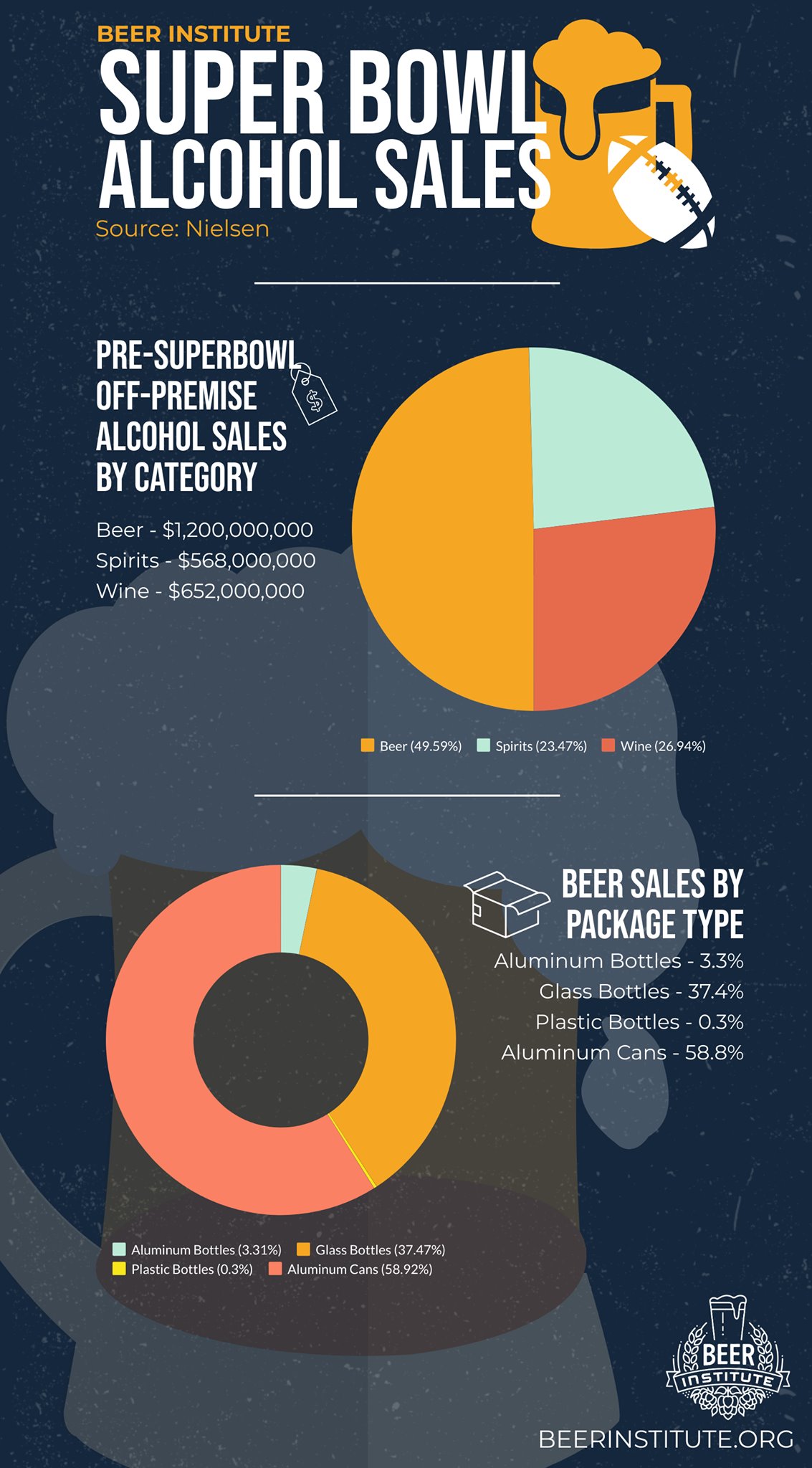