A new study into the news reading habits of young Australians has found that an increasing number of them can’t distinguish fake news from real.

The study was performed by media site The Conversation in-conjunction with The University of Western Sydney and Queensland University of Technology. You can read the study in full here.

“Fake news” was deemed as any news story that was deliberately misleading.

And where are young Australians getting their news? According to the study 80 per cent said they had consumed news from at least one source in the day before the survey was conducted. Their most frequent source was family members (42 per cent), followed by television (39 per cent), teachers (23 per cent), friends (22 per cent), social media (22 per cent), and radio (17 per cent). Print newspapers trailed a distant last (seven per cent). 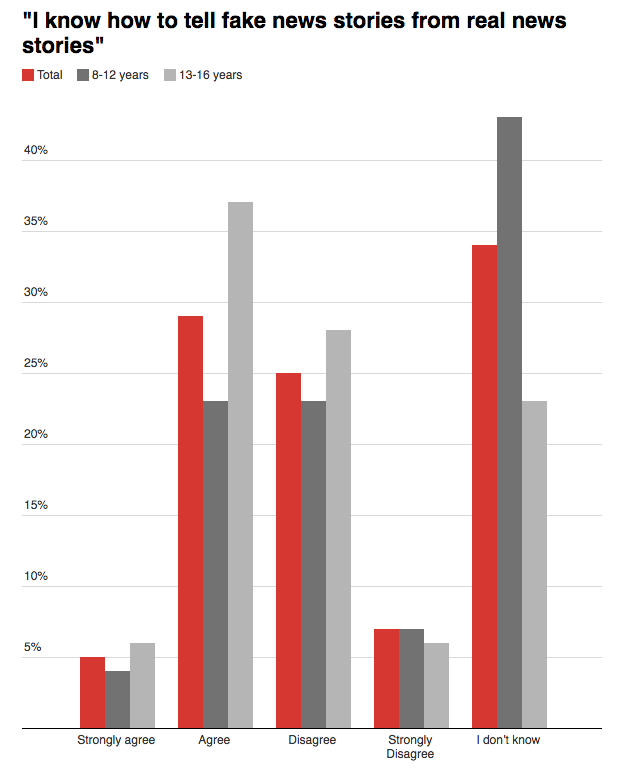 Only 10 per cent of respondents said they often tried to work out whether a story presented on the internet is true. A significant number indicated they sometimes tried to verify the truthfulness of news (36 per cent). More than half indicated they either hardly ever tried (30 per cent) or never tried to do this (24 per cent). 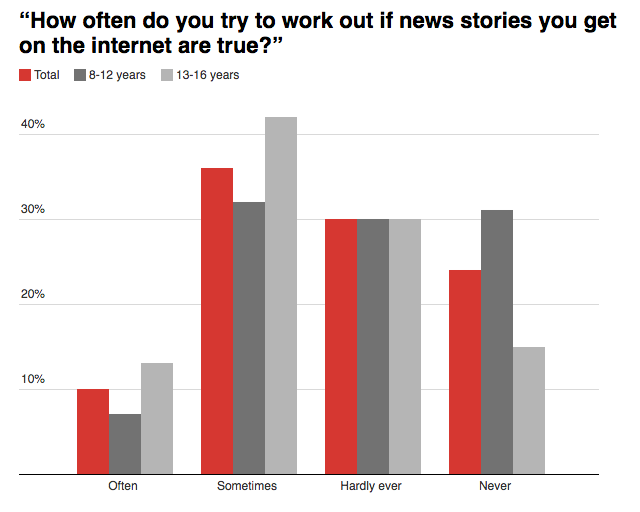 Researchers also noted: “Even more concerning, though, is the way many social media platforms allow people with vested interests to push content into feeds after paying to target people based on their age, location or gender, as well as their status changes, search histories and the content they have liked or shared.” 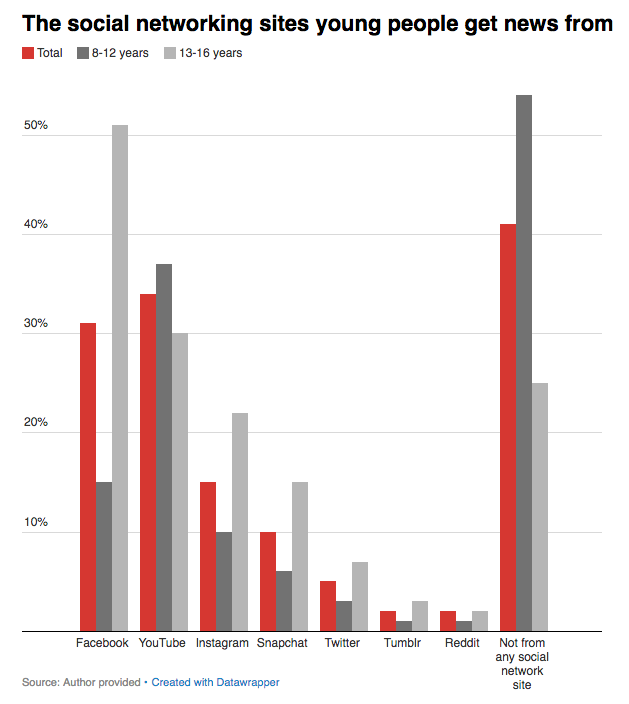 Two-thirds of teens said they often or sometimes accessed news on social media (66 per cent) and more than one third of children stated they did so (33 per cent).