Over the Top (OTT) streaming services offered up by subscription and advertising video on demand (SVOD & AVOD) companies risk significant revenue seepage as a result of a poor advertising experience, new research has found. 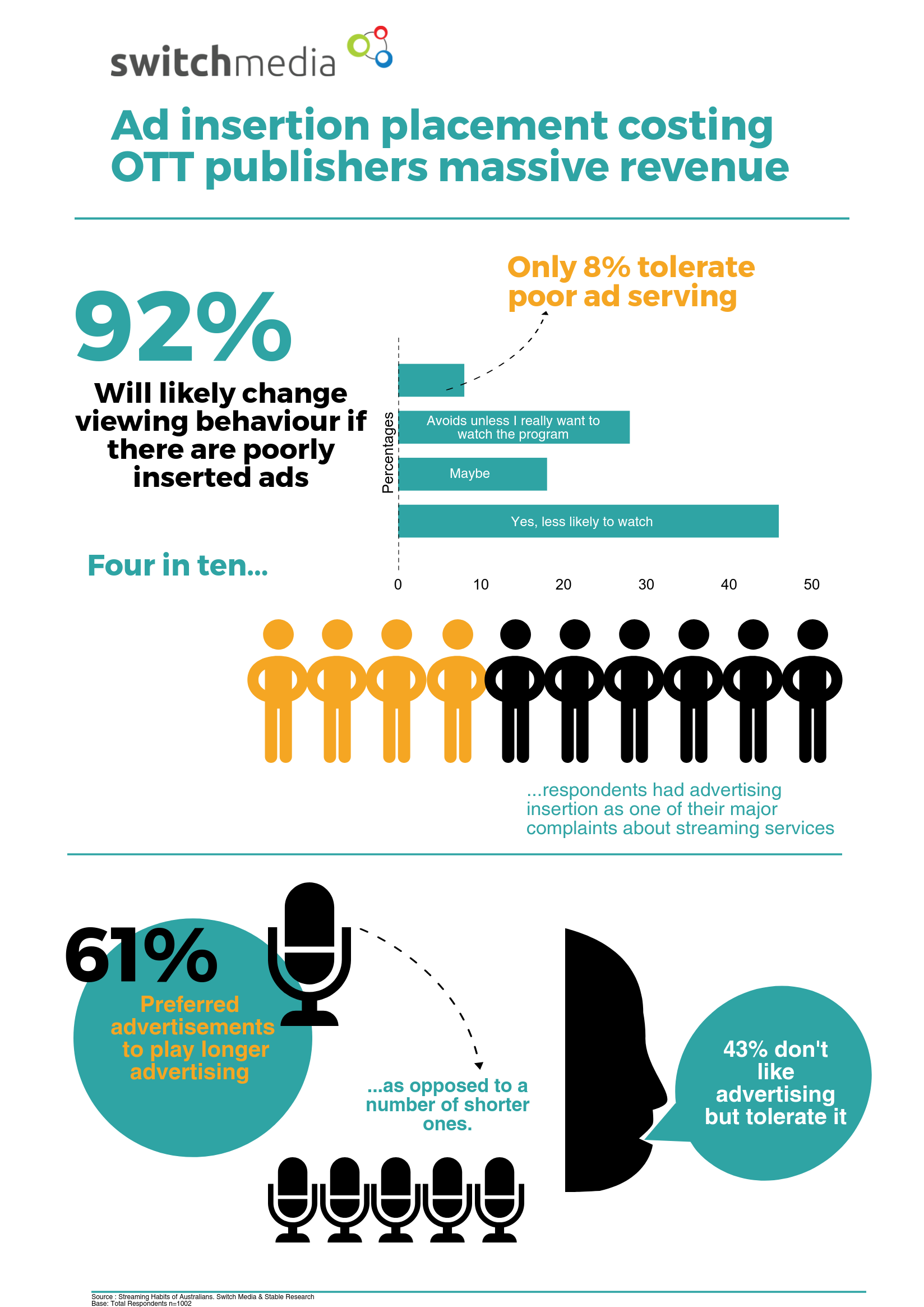 The research was commissioned by OTT streaming technologies, Australian-based Switch Media, which late last year expanded into the US market off the back of keen interest from global OTT players.

Switch Media co-founder and CEO, Christopher Stenhouse, said while streaming services have taken off throughout the world, the research shows that consumers are unhappy with the way advertising is served across the variety of services on offer.

“Four in 10 respondents had advertising insertion as one of their major complaints of streaming services,” Stenhouse said.  “The only issue that was cause for greater complaints was buffering.

“The dissatisfaction is something we believe is a universal problem particularly where client-side ad insertion is used. With this insertion method, the latency often results in an ad being served too late or too early.

“Server-side ad insertion, such as our AdEase technology, delivers a seamless, TV-like experience that defeats ad blockers and provides a more reliable play out of complete ads, therefore eliminating much ad-frustration by consumers.

“The research is clear; if consumers are frustrated by the way advertising is inserted, they will switch off and, as a result, broadcasters will be forgoing significant revenue.”

Stenhouse said Switch Media’s breakthrough AdEase technology avoids the need for a client’s ad enabled media to be re-ingested into Switch Media’s system before delivery to the viewer’s device, unlike other server-side solutions in the market.

“AdEase is platform agnostic to where the media is stored and only makes requests for the required media chunks containing the ad break, at time of playback. This saves the customer hours of ingestion time and related costs,” Stenhouse said.

“Unlike other solutions, our customers have the option to integrate our Universal Player with AdEase to provide a seamless integration that can deliver both HLS and DASH technology across multiple platforms, as well as robust analytics.”