Almost half of all men who use social media believe they will be famous one day – but less than a third of women think the same.

That’s just one of the findings from independent research of more than 2,500 social media users aged between 15 and 45, commissioned by digital entertainment company MSM Corporation International (MSM). 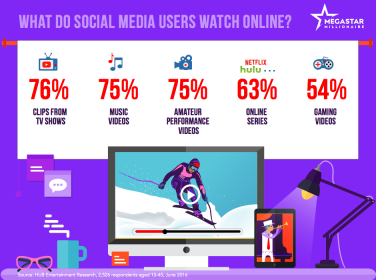 MSM is a Sydney-based technology and media entertainment company which is developing a mobile-first talent discovery platform that will change the way audiences and brands interact with amateur performers. 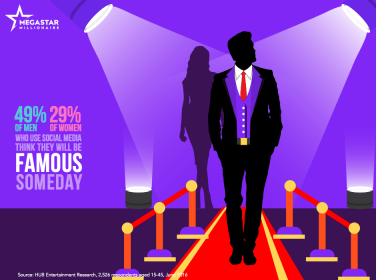 The study, conducted by Hub Entertainment Research, found that: 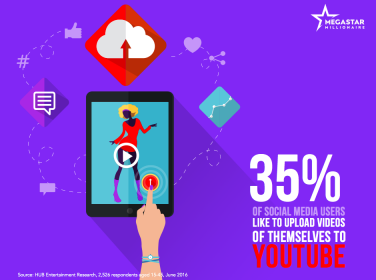 Dion Sullivan, managing director of MSM, said the Hub research was the most comprehensive look yet into the attitudes of active social media users to topics including online behaviour and entertainment.

“Everyone knows social media can magnify certain personality traits and skew others – but it’s interesting to get an insight into exactly how users see themselves and what they want out of sharing content on platforms like Twitter and Facebook,” Sullivan said.

The first major competition using MSM’s technology, Megastar Millionaire, will be launched in early 2017, offering a $US1 million prize to amateur performers across the world. 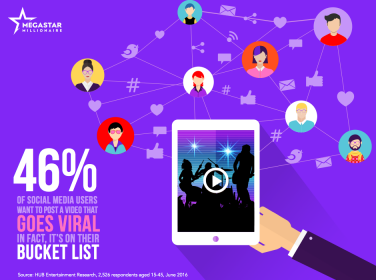 The Hub Entertainment Research survey also canvassed attitudes of social media users to the Megastar Millionaire concept and whether they would be interested in taking part. Some of the study’s key findings were that:

Sullivan said the research was proof that audiences wanted new ways to engage with talent competitions, as more and more people turned from TV screens to smartphones, and from live TV to online videos and on-demand subscription services such as Netflix.

“One of the things people love most about talent shows is that they’re democratic. We’re taking that idea that even further with Megastar Millionaire, by asking the audience not just to vote for talent, but to tell us what talent is,” Sullivan said.

“Our goal is to develop the most democratic talent show the world has ever seen, and make it available anytime and anywhere on smart devices. The findings from Hub Entertainment Research show that there is a huge amount of demand for a competition just like this.”