InMobi boss Jon White has made an impassioned plea to media networks to be brave and get their collective heads around mobile or run the risk of losing their key value proposition of being trusted business advisors to brands.

Here is an edited extract of what White had to tell agencies and marketers alike:

“While advertising agencies and clients like to think of themselves as brave, traditionally they’re pretty risk adverse. We can name on one hand the brave ads, because there are normally only five to ten brave ads in any given year. Most ads are pretty safe. They follow well-researched paths. They have been researched to death and they have been pre-qualified. They go to air and we hope to god that it’s within a plus or minus five per cent tolerance of what we expected. So we’re pretty risk adverse.

“I think we need to braver in terms of doing that. A lot of the things that we’re talking to clients and agencies about is about being braver in the mobile space. Mobile offers us some unprecedented opportunities. I talked about the fact that why aren’t clients getting there yet? I guess there are legacy systems, if you think about it, outside of programmatic, outside of digital . . . there are legacy systems in advertising.

“If you go back far enough it was newspapers, then it was radio, then it was television. And desktop is the last in a long row of legacy systems and those legacy systems were [it’s] expensive to produce content, it’s expensive to distribute content, you know expensive on whole bunch of levels, whether you needed printing presses or radio stations or television stations, whether you had to have actors and cameras and crew to make all of that stuff. 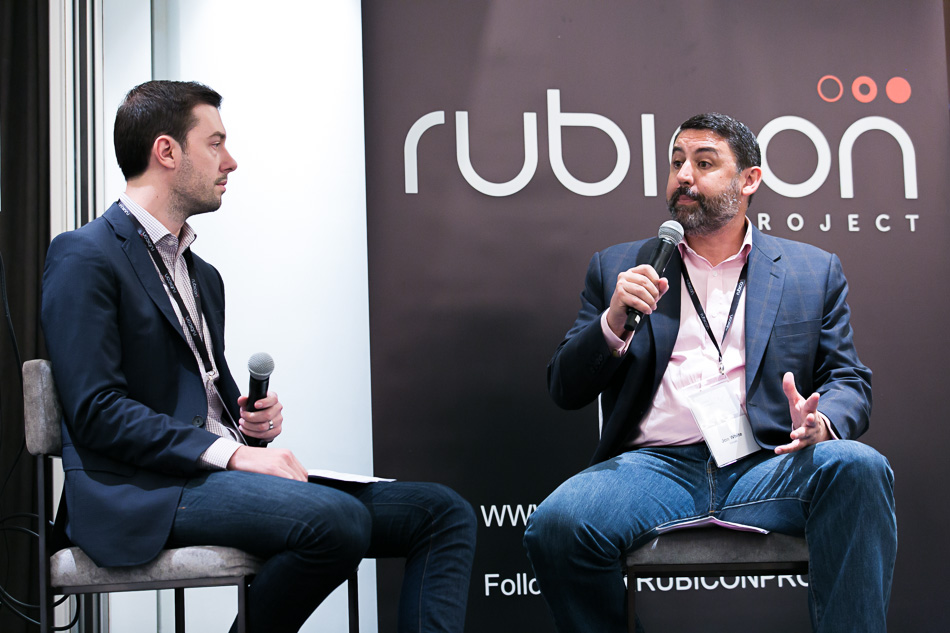 “So the opportunities to do some really interesting things at low cost with high return in mobile are already there, but those legacy systems are hard to get out of.

“If you’re a big Group M or an Omnicom Group and you spend 30, 40, 50 years getting in with the television networks, or you spend 80 or 90 years getting in with a newspaper group that maybe has Rupert Murdoch on the other end of it, it’s really hard to say sorry dude we’re going to cut your budget and put it into mobile – they’re going to hurt you, because they have a business to run.

“So a lot of companies are trying to back their new growth by going into new formats like mobile. And we’re in a particular time we’re growth in the world is very low. So if marketers are going: look I’m expecting five, six or seven per cent growth this year and I was going to put most of that to mobile, but I’ve got to cut some of my other channels as well in order to make that happen, you kind of get stuck in between. I think a lot of agency groups are stuck in between at the moment.

“The big groups in particular are stuck because they’ve got lots of big deals they’ve got to honour, lots of interesting new media opportunities like mobile that they really want to take on, but they’re just trying to figure out how they’re going to get that all done.

“[InMobi] can help them overcome that, and they have to overcome that because if they don’t clients are going to start getting to the market faster than agencies can and they will lose that really important role they have of being trusted advisors to brands.

“So I think there’s an enormous challenge for us as mobile specialists to make sure agencies understand the complexities of mobile, the fact that it is different to desktop, but that doesn’t have to be scary. We need to help them to give good advice to clients as to when is the best time to get into mobile is.”