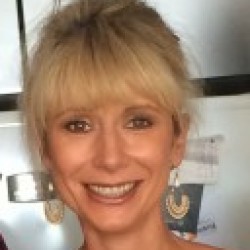 smoothfm is the first Australian radio station to be programmed based on a mood rather than an era or genre and features a playlist curated to create an easy place for listeners to relax, and announcers handpicked to complement the music format.

Over the past seven years, smoothfm has grown in both share and cumulative listeners across the board, with both stations now number one FM with a 9.5 per cent share in Sydney and a 11 per cent share in Melbourne, the station’s highest share to-date, and a combined audience of 1,938,000+.

NOVA Entertainment’s group programme director, Paul Jackson said: “When we introduced smooth into the Sydney and Melbourne radio landscape we were confident that with time, the station had the potential to be number one in both markets.

“We wanted to create a station that allowed people to escape the demands of their busy lives.

“With a playlist featuring some of the best artists and greatest songs ever written, combined with announcers that complement the music, we knew it was only a matter of time before listeners discovered the station and the results reflected what we could hear on air.”

Jackson added: “I am so proud of our team, both on and off air, and couldn’t be more delighted with the station’s performance as we celebrate seven years on air.”

The station’s breakfast shows have increased in both share and listeners, in one of the most competitive day parts.

Melbourne’s smoothfm 91.5 More Music Breakfast Show, with Mike Perso and Jennifer Hansen (featured image), is now the number one FM breakfast show for the first time this survey, with the duo also achieving their highest audience number ever.

smoothfm 95.3’s Bogart Torelli and Glenn Daniel have been the number two FM breakfast show in Sydney for all surveys this year and grew their audience to 471,000 in the current survey.

The results for smoothfm in all day parts and on weekends have been extremely strong with Ty Frost in mornings recently securing the highest share (12.4 per cent) and cumulative listeners in the Melbourne station’s history.

Simon Diaz in afternoons is number one FM in Sydney (10.0 per cent) and equal number two in Melbourne with 11.9 per cent share while Byron Webb in drive has held the number one position overall in Sydney for two consecutive surveys.

Richard Wilkins said: “‘It has been amazing to witness the evolution and growth of the brand, from a ‎fledgling ‘new station’ to the powerhouse it is today.

“It is a great testament to Paul Jackson, the creatives, the music department and the entire team. I’m honoured and proud to be a small part of smoothfm.”

The strength of smoothfm’s easy listening format has provided a compelling platform for the world’s biggest artists and personalities to join the station, to host their own weekend shows, including Lionel Richie, Barry Gibb, Sir Richard Branson, Olivia Newton-John and The Beach Boys to name a few.

Notable personalities such as Bryan Adams, Rod Stewart and Michael Bublé have also hosted their own exclusive Saturday Night Dinner Party shows, with specially-curated playlists featuring artists that have had an impact of their lives, to create the perfect backdrop to listener’s Saturday nights.

smoothfm has also changed the lives of many listeners over the past seven years, having given away over $2,300,000 with popular competitions smooth stars and mystery word and this is set to continue with the recently smooth songs, smooth’s secret sound and smooth’s mystery ingredients.

smoothfm has entertained over 700 listeners at countless intimate smooth Long Lunches, held at spectacular venues in Sydney and Melbourne, most recently hosting Mother’s Day lunches in both markets with Human Nature.