Seven has been ordered to pay former House Rules contestant Nicole Prince workers compensation after a tribunal found the reality star suffered “psychological” injury as a result of her time on the show.

As first reported by TV Blackbox, a landmark ruling from the NSW Workers Compensation Commission found Prince was legally an employee of Seven, despite claims by the network there was no employment relationship, which is explicit in her contract:

“You acknowledge that your participation in the program is not employment, does not create an employer/employee relationship between Seven and you and is not subject to any award or collective bargaining or workplace agreement and does not entitle you to any wages, salary, corporate benefits, superannuation, workers compensation benefits or any other compensation.”

It is yet to be decided how much money Seven will have to pay Prince.

Prince was a contestant alongside her friend Fiona Taylor in the 2017 season of House Rules. In her statement, Prince said she felt “harassed and bullied”.

She said: “As soon as Fiona and I entered the studio for the scoring of the teams’ work we could see and feel the hatred from the other teams. 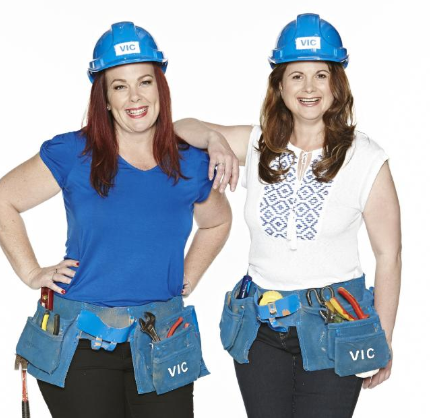 Prince stated she didn’t know what “where all of it was coming from” until months later she discovered the ‘reveal’ footage shown to the other teams only contained negative comments and none of the positives.

“They later told us that they had felt hurt and upset that we didn’t seem to care how hard they had worked, and they thought we were the nastiest people on the planet.”

Prince said the “bullying” was not only “condoned by the producer” but also “aggravated” and “encouraged”.

She said: “During every camera interview both myself and Fiona complained on film that we were being subjected to isolation, bullying and harassment by the other teams.

“On one occasion, I witnessed Fiona be physically assaulted.”

Prince also said she received hatred on social media after her episode aired.

“I was subjected to online abuse on the Channel 7 Facebook page, including receiving threats of serious physical assault. I have been fearful for my safety ever since.”

Prince said since her episode aired she has been unable to find a job, claiming she was told it was due to the fact she was seen as a bully on the show.

She said: “I am no longer offered interviews for jobs and work, which before my work injury I did not have any trouble obtaining interviews and successfully getting the work and job.”

Prince said she feels “devastated and worthless” about the loss of her career” and also said after her episode aired she wanted to kill herself.

In May 2017 Prince submitted a workers compensation claim based on the fact she was suffering anxiety, depression and PTSD from Seven’s “systematic isolation of myself and encouragement of bullying by co-competitors”.

In May this year, Prince’s lawyers filed an application to resolve the dispute with the NSW Workers Compensation Commission.

Prince’s lawyers argued it could not be suggested she was an independent contractor as she had no skills in renovation or reality TV.

Instead, they argued she was providing Seven a service by appearing on the show.

In a lengthy 25-page decision arbitrator Cameron Burger rejected Seven’s argument that no service was provided.

He said: “The respondent derived benefit from the applicant giving her time and engaging in the home renovations for the television show,” he said. “Without the contestants, the production would not take place.”

Burge ruled Seven’s relationship with Prince was “appropriately categorised as that of employee and employer”.

He also accepted Seven edited footage of Prince and Taylor to “portray them in a certain negative light”, while also lambasting Seven for failing to remove abusive comments about the duo from its Facebook page.

“I find it extraordinary, in circumstances where the respondent was made aware by the applicant of hateful comments posted on its social media platforms, that it did not take steps to either remove those comments or to close the comments on its own posts,” he said.

It is yet to be determined how much Seven will be ordered to pay Prince.