Ten has revealed its 18 bachelors that will compete for Sophie Monk’s affection on this year’s series of The Bachelorette commencing on the network this Wednesday evening. The show will screen Wednesdays and Thursdays at 7.30pm.

Despite Monk apparently claiming she was looking for an older chap in his 40s, this season’s cast range in age from 24 to 37. 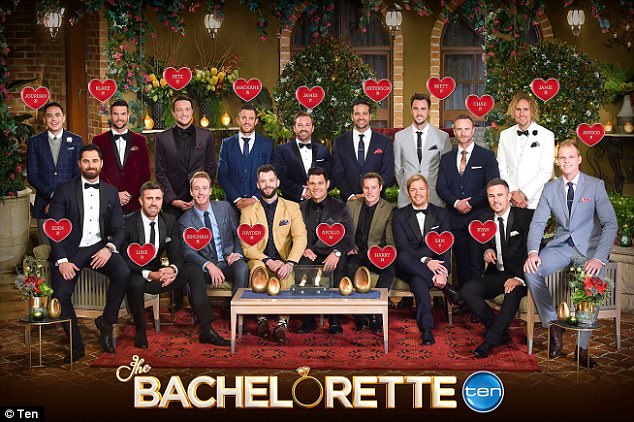 According to an article in Sydney’s The Daily Telegraph over the weekend, a third of the contestants are from NSW and include fashion designer Pete, 32, ex-rugby player Ryan, 26, and voice artist Sam, 31. There’s also events manager Jefferson, 30, who grew-up in Italy, financial adviser James, 31, and business culture consultant Luke, 33.

West Australian engineer Jamie is the oldest of the contestants at 37.

In late August, Ten released a trailer for the upcoming series where Monk, 37, explained how her public profile had prevented her from finding love.

“I know I’m not the typical Bachelorette. I’m 37. I’m a massive bogan. But I really hope Australia understands that I want to find something genuine and they back me on this and don’t think I’m a tool, to be honest,” she said.

“But I am so awkward [and] the worst flirt you’ve ever met. I get really nervous and it’s just embarrassing when I’m on a date.”