In this guest post, isentia’s group communications manager, Patrick Baume (pictured below), predicts a loss for Donald Trump in today’s (tomorrow Australian time) election but warns brands from trying to make hay in his demise…

We all know gaining attention is incredibly hard, and often completely random, on social media, no matter how many of us claim to be experts (maybe we should just call ourselves economic forecasters). It’s an extremely rare occasion when you can know ahead of time what a huge proportion of the social media world will be talking about, and an even rarer one when that event is as ripe for memes as the US presidential election on November 8th. 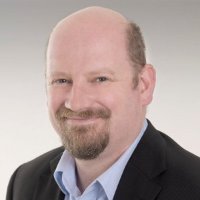 The unprecedented candidacy of Donald Trump, the long-famous property mogul and TV celebrity who has used Twitter as a weapon and said countless outrageous things throughout his entire 18 month run for the White House, looks like the one chance many social savvy businesses might have of getting in on some of that massive exposure. Surely this is the one chance to put the boot in to a politician with some funny creative without really putting any of your customers offside, and in fact maybe getting plenty of empathy points for joining the chorus against the Donald. And at the end of the day, it’s not even our election, so who could possibly mind?

Many creatives have probably already done at least half a dozen Trump pieces for their own amusement, and would be ready to fire off at a moment’s notice as the results start to come through next Wednesday morning in this part of the world. As good as many of those pieces might be, unfortunately the old rules still apply, even to this most whacky of races, and you should keep your brand well away from the whole thing.

Getting stuck into a major political candidate isn’t the same as a brand supporting a social policy issue like same sex marriage, it’s a far deeper intrusion into the political process and has far wider ramifications. It links you to all kinds of things beyond a single issue. You may be pretty certain that none of your customers have any sympathy for Trump, but you might be wrong, and you may have plenty of customers who simply don’t want to think about your brand in any way connected to politics.

The potential negative impacts will last far longer than the sugar rush of jumping on one of the biggest social media tsunamis we might ever see. The brand ‘politics’ is at a longtime low, and divisions are deeper than they have been for many decades. Most people don’t see moral high ground on any side, even if one particular candidate seems to have sunk so much lower than the rest. And there’s little to be gained by trying to share the comedy around both candidates, as you’re just going to multiply possible offense and increase your brand’s connection to the political process.

So mock up that stingingly funny farewell to the Prince of Orange, enjoy your brilliant work, and then click delete.