Earlier in the month B&T reported that radio duo Kyle and Jackie O were set to earn themselves $20 million each in a new deal with their bosses ARN.

And now one of ARN’s very own has come out and told B&T that radio announcers can indeed command incredible salaries because of a dearth of on-air talent in Australia; plus, there’s “nothing coming through on the horizon, either”. 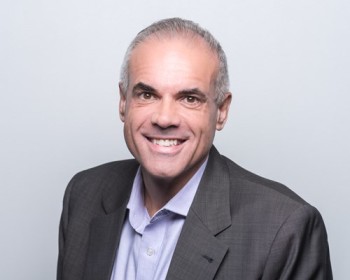 According to the network’s national content director, Duncan Campbell (pictured above), Australian radio is currently enjoying a “golden age” of on-air talent, but one of the industry’s biggest issues remains discovering their eventual replacements and establishing their shows.

“There’s just no one there when it comes to new radio talent and so these presenters command big dollars and they can do that because there’s no one else coming up behind them.

“You only need read the numbers (salaries) reported for the likes of Hamish and Andy, Kyle and Jackie O, the likes of Eddie McGuire; it’s all indicative of the fact that there isn’t a pipeline that’s full of the next talent coming up and that’s a challenge for us as an industry. Yes, we need to create more shows, bring in new talent, there’s no doubt about it.”

Campbell also acknowledged that many of these radio shows and presenters had been around for decades but didn’t believe audiences had become bored by the status quo. Instead, he called them “heritage brands” and believed it was what listeners preferred over new, untested talent.

“The great strength of these heritage shows, be that Eddie McGuire in Melbourne, Fitzy and Wippa on Nova, be it Kyle and Jackie O on KISS, or Jonesy and Amanda (on WS), these heritage brands remain very powerful,” he said before agreeing that one downside was they weren’t attracting new listeners, namely among the Millennials.

Campbell agreed the networks weren’t attracting the Ys’ ears, but remained dominant in their core demographic – the over 35s. “Adult listening has certainly increased. And what these heritage brands do is deliver very loyal, habitual listening. If you look at the number one breakfast shows around the world on FM stations in big markets they are dominated by radio shows that have presenters who are (aged) 40-plus.

“They also deliver a level of consistency to advertisers that is very enviable. But the challenge the industry faces is to find the next wave of talent, so when they do move on there are new shows to replace them,” he said.

ARN’s arch-rival Southern Cross Austereo certainly tried to establish a new, younger talent with its Sydney breakfast show of Dan and Maz. However, the duo failed to resonate with listeners and were quickly replaced by the older pairing of Rove and (reality TV star) Sam Frost.

“It is absolutely true, the industry is under pressure to attract those under-30 listeners and the under 25s, particularly,” Campbell said. “There are challenges there, but look at (ARN’s) The Edge breakfast show, it’s very edgy, two young presenters and it has a very loyal audience, and that’s a good sign that young people do want good radio. But take Kyle, he’s in his forties, but he doesn’t act old or talk the language of an old person and he’s very popular with younger listeners. But for sure, it’s always hard to develop new, young talent and get them established,” he said.