At last night’s Logies, ‘Hall of Fame” inductee Noni Hazlehurst accused the media of moving at a glacial pace when it comes to women. In this opinion piece, Isentia’s marking and comms manager Claire Waddington (pictured below) provides proof of how far Aussie media is lagging behind.

In recent weeks American women in media breathed a collective sigh of relief. 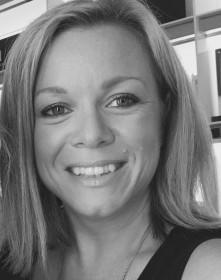 Emerging from the male-dominated sporting world as a pioneer, ESPN marked the 3000th episode of its debate forum Around The Horn with another significant milestone – its first ever all female panel.

As we bask in the glory of female advancement, the latest Isentia insights suggest in Australia we still have a very long way to go.

Published today in the latest instalment of the Women in Media Report, analysis of popular television such as panel shows Q&A on the ABC and The Project on Channel 10, as well as of the hosts of leading Breakfast and Drive show programs on AM and FM radio exposes the enormous gender imbalance that still exists.

Over the year, the gender split of hosts of Channel 10’s The Project was 60:40 male to female, and in prime AM and FM radio Breakfast and Drive programming, females made up only 27 per cent of the hosting line ups.

The disparity is less alarming over at Q&A with women making up 44.5 per cent of panel members. This fact has already been the topic of the audit carried out by Ray Martin and Shaun Brown: they concluded that women were less likely to be selected as panellists, and if they appeared, they would “almost certainly get less time to voice [their] opinions than makes. [They] will also be asked fewer times to comment”.

Martin and the program’s producer Amanda Collinge suggest the imbalance is the by-product of low numbers of women in the government and potential female panellists’ diffidence towards the (sometimes) combative nature of the program and the fear that their appearance on the program will lead to an increase in online abuse and harassment.

This is echoed in the overtly sexist response female panellists attract via social media. Take for example the recent Twitter response to the first-ever female co-host of the AFL Footy Show, Rebecca Maddern. The momentary leap forward for women was quickly undone by the twitter bashing that ensued.

This sentiment shows, sadly, we haven’t progressed far since the industry was moved en masse by Lisa Wilkinson’s powerful Andrew Olle Lecture in 2013:

“I despair that every time a female journalist is profiled in the press, her age is usually mentioned by the second paragraph, as if it is a measure of her sexual currency and just how long it will be, before it expires. And yet, does anyone here know or care how old Kerry O’Brien, Kochie, Tony Jones, Hugh Riminton, Ray Martin, Peter Overton or Laurie Oakes are? They are all brilliant at what they do, and the rule of thumb is that the more experienced they are, the better they are at their jobs. So why, so often, doesn’t that same measure apply to women?”

The silver lining is we are in a privileged position to influence change.

Together we can shift the report’s findings that television news bulletins were three times more likely to feature male experts than female experts. We need more media people to make bold moves like BBC boss Danny Cohen and his decree to ban all-male comedy panels. As content producers, we can push more female experts to feature in our work. As journalists we can seek more female sources.

It shouldn’t be just up to the sisterhood. I urge everyone to not just pledge for parity, but to practice it.

Next time you’re looking for a panelist – think female.