News Corp has announced that two of the company’s stalwarts have been promoted to new positions. Damian Eales to chief operating officer, publishing, and Nicole Sheffield to chief digital officer for News Corp Australia. 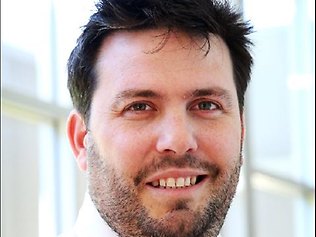 In his new role, Eales (above) will be responsible for all aspects of the company’s metro, regional and community publishing, incorporating eight metro daily and Sunday mastheads, 19 regional mastheads, and more than 100 community mastheads. As COO, Eales will drive the performance and strategic priorities for News Corp’s extensive publishing assets that reach 14 million Australians each month.

News Corp executive chairman Michael Miller said of the appointments: “These appointments will ensure we meet our strategic priorities to maximise revenue and audience opportunities. It is important we adapt our business to respond to changes in market conditions and with these Damian and Nicole at the helm, it will ensure we are structured for future growth and success.”

Eales joined News Corp Australia in 2013 as strategic partnerships director before being promoted to chief marketing officer. Sheffield joined the company in 2012 as CEO of NewsLifeMedia. Prior to this she was general manager of Foxtel’s Lifestyle Channels group.